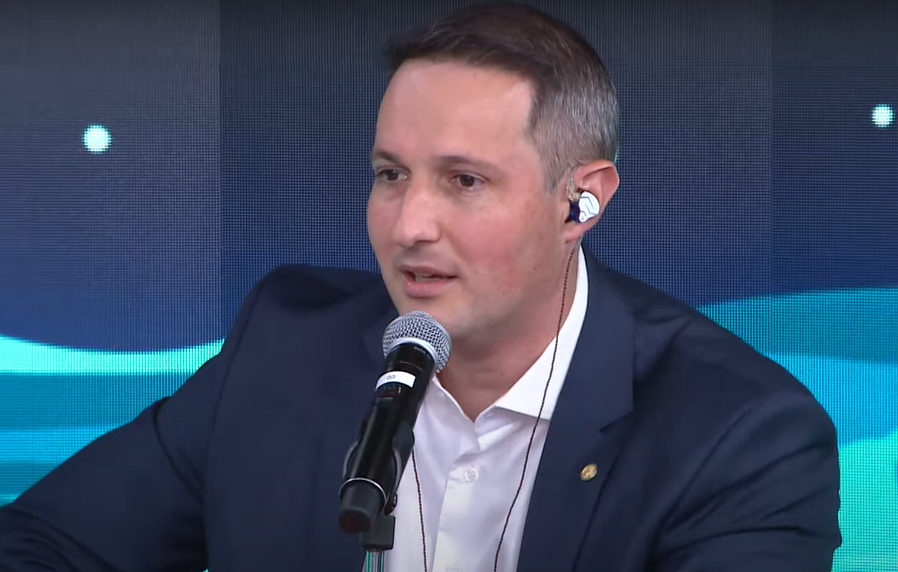 In an interview with Pânico, a federal deputy defended a salary increase to police officers in the state of São Paulo: ‘It is the best because the police make it the best’

Reproduction/PanicCaptain Derrite, elected federal deputy for Progressives in São Paulo, was the guest of the program Panico this Wednesday, 15

This Wednesday, the 15th, the program Panic received the federal deputy captain melt (Progressives-SP). In an interview, he defended a penal reform that would include the reduction of the age of criminal responsibility and the end of compensatory measures, such as temporary departure and reduction of sentence. “The ECA, Statute of the Child and Adolescent, is a legal aberration, because the vagabond in Brazil, under 18 years of age, is called an adolescent offender. He commits a crime called an infraction, but he cannot answer, because of the legal age of majority, but he can receive an intimate visit where he is. I have a project to end an intimate visit. We analyzed on April 8, 2021, those arrested in flagrante delicto in the area of ​​Vila Madalena, Pinheiros, 50% of the robberies were by criminals who should have been arrested. If you want to halve the criminal rate, you end up with temporary leave, benefit, regime progression, semi-open. why not Brazil those who serve the sentence of a closed regime is only the guy who commits the crime whose sentence is longer than 8 years. When people say that Brazil has the largest prison population in the world, it’s a lie, compared to our population of 210 million, it’s a ridiculous number, we drop to 36th in the world ranking. Brazil suffered from cultural Marxism, institutions, universities, the judiciary and the Public Ministry, and cultural Marxism was implanted in penal guaranteeism, which only thinks of the criminal as a poor victim of society.”

The deputy also opined that public safety should be guided beyond the slogan ‘a good bandit is a dead bandit’. According to him, the State and society turn their backs on police officers who enter into confrontations. “We have to raise the bar and get out of that good bandit thing is a dead bandit. I have had several instances of confrontation en route, but when that happens, the state and society turn their backs on the police. I’m in uniform, defending the State, I already had to take out a loan to pay for a lawyer, imagine the soldier who receives the lowest salary in the country? I’m not a union member, but he promised that São Paulo would have the second best salary in the country, and today we have the worst. It is inadmissible. It’s the best cop because cops make it the best. Firefighters help 1,200 victims per month. The promises of the then candidate, none were fulfilled. It’s an absurd. Doria managed to outdo itself, made the São Paulo police miss the Alckmin.”

Check out the full interview with Captain Derrite: