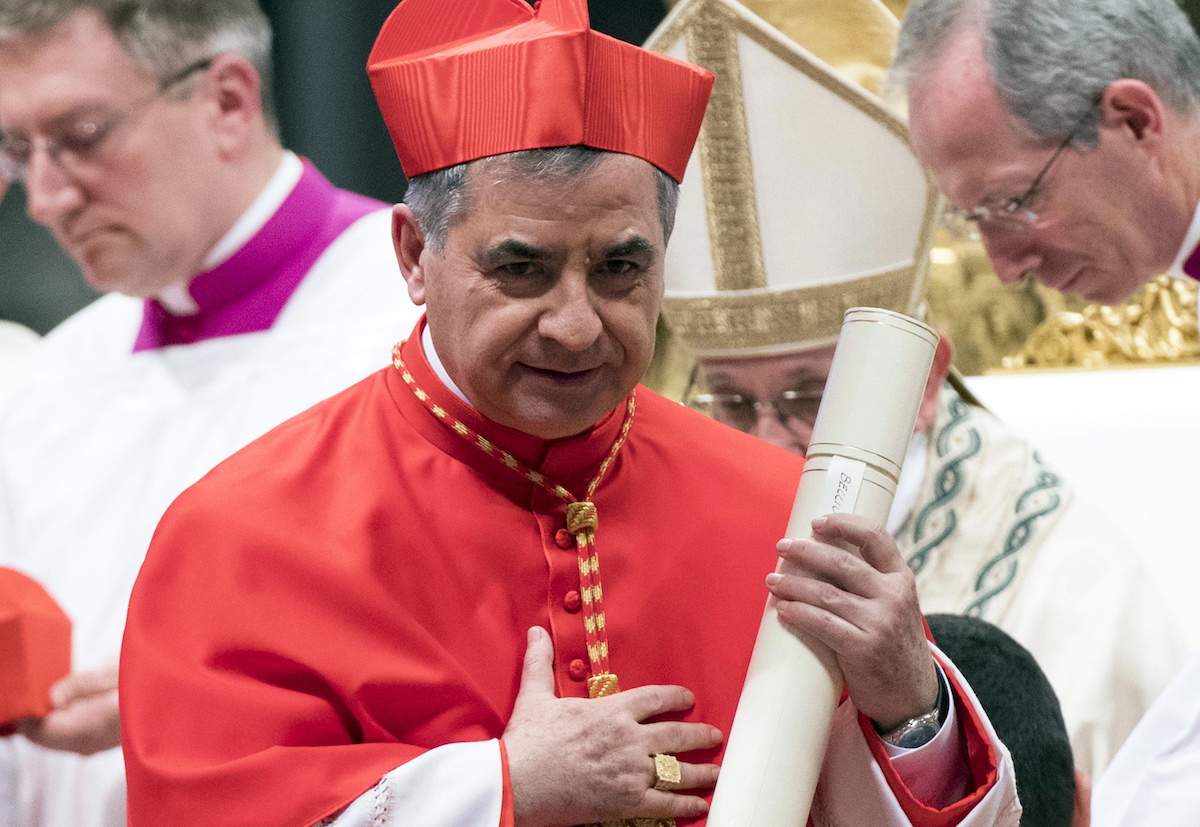 Cardinal Angelo Becciu, deposed by Pope Francis in September for several financial scandals, will be tried, along with nine others, for crimes related to the sale of a building in London, the Vatican reported today.

“The president of the Vatican Court ordered the summons for the trial of the accused in the scope of the matter related to the Financial investments of the Secretary of State in London. The trial will start on July 27,” explains the Vatican in a press release.

Regarding Cardinal Becciu, the Vatican said that it would respond “for the crimes of embezzlement and abuse of power also in competition, as well as for bribery.” Angelo Becciu, Mayor of the Congregation for the Causes of Saints, he resigned his post in September and his rights as a cardinal after being involved in this financial scandal involving real estate deals in London, in which the Catholic Church’s headquarters lost millions of euros in commissions paid to intermediaries.

Until 2018, Cardinal Becciu was the second highest official from the Vatican Secretariat of State, reporting directly to Benedict XVI and later to Pope Francis. In May 2018, Pope Francis appointed Italian Archbishop Angelo Becciu prefect of the Congregation for the Causes of Saints, succeeding Cardinal Angelo Amato, in office since 2008.

In addition to the cardinal and nine others, the Vatican court ordered the summons for trial of four companies. the defendants are accused of crimes of abuse of power, extortion, money laundering, fraud, false public and private deed, violation of secrecy of office and embezzlement. In 2014, the Secretariat invested around $244 million as a partner in an agreement to buy a luxury building in London.

An investigation into the deal, which began in July 2019 following a complaint by the Institute of Religious Works and the Office of the Auditor General, led to the suspension of five Vatican officials, four of them from the Secretariat, and the Vatican accused the intermediaries of extortion. According to the Vatican, the investigations were carried out in close collaboration with the Public Ministry of Rome and the Economic and Financial Police Unit – GICEF of the Financial Police of Rome, as well as with the prosecutors of Milan, Bari, Trento, Cagliari and Sassari and their respective sections of the judicial police.

“The preliminary activities, also carried out with rogatory commissions in numerous other foreign countries (United Arab Emirates, Great Britain, Jersey, Luxembourg, Slovenia, Switzerland), allowed to bring to light a vast network of relationships with financial market operators which has generated significant losses for the Vatican’s finances, after also withdrawing the resources allocated to the Holy Father’s personal works of charity”, the Vatican said in the press release.

The judicial initiative is directly linked to Pope Francis’ nominations and reforms for greater transparency and recovery of Vatican finances, a work that, according to the indictment, was contradicted by illegal and harmful speculative activities the institution’s reputation. In December 2020 and following this case, Pope Francis signed the ‘motu proprio’ (papal document) in which he removed the management of funds, bank accounts and real estate investments from the Secretary of State.

As of January 1, 2021, these funds are managed by the Apostolic See Patrimony Administration (APSA), a milestone in the Curia reform that is being carried out to achieve greater transparency in finances. With this ‘motu proprio’, Francis reduced the number of economic managers in the Holy See and concentrated administration, management and economic and financial decisions in the dicasteries (ministries) that have this task.