Catalonia. Illa seeks alliance, independentists say they are “like water and oil”

Brazil will become polarized again from this second (1st), but the reason this time will not be political. ...
Read more

With the results of a series of elections in Andhra Pradesh, Full...
Read more

The elections in Catalonia gave the victory to the socialist Salvador Illa, but the independence majority, which includes the Republican Left of Catalonia (ERC) – with the same 33 deputies but a smaller percentage of votes -, is better placed to assume the Catalan government.

“We are like water and oil”, said Pere Aragonès, quoted this Tuesday by the Daily News, the ERC candidate who has already started his round of contacts for the formation of an independentist executive. ERC, which led Juntos pela Catalunya (JxC), announced on Sunday that it will defend its investiture and that it wants a “broad government”.

Aragonès considered that, having tied in places with the Socialists and obtained almost 600 thousand votes, he has the possibility to negotiate a joint government of all the parties in favor of self-determination and the “amnesty” of what he considers to be the “political prisoners” condemned by in 2017 in Catalonia’s attempt at independence.

Illa maintains, however, the intention of negotiating with all parties. “I am the candidate who won the elections, I am here to stay, I have the objective of presenting myself [à investidura] and I will do it ”, said the former Minister of Health of Spain.

“A change came to Catalonia, to stay, and today’s victory is a big step forward, but it is only the first ”, said Illa, who managed to make the PSC the most voted party, with 23% and 33 deputies in the elections for the regional parliament, the agency reported on Monday Lusa.

At the national level, the leader of the socialists and prime minister, Pedro Sánchez, allowed Illa to negotiate an investiture. But he will be the next president of the Catalan Parliament to decide. The official calendar foresees up to 20 working days for the inauguration of the new Catalan Parliament, and it is up to the interim president of the Generalitat, Aragonès, to set the deadline, having until 12 March to do so.

The proposed candidate will have to win by absolute majority in the first vote and, if he does not succeed, two days later he can be elected by simple majority. If he is still not elected, the two-month period begins to find another candidate, after which he would be summoned. early elections. 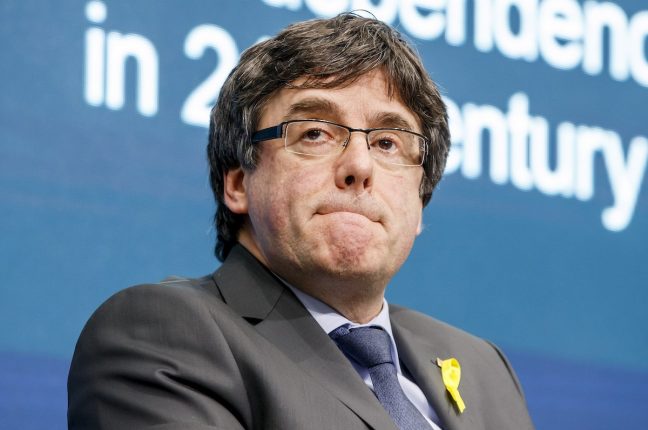 Carles Puigdemont, former leader of the Government of Catalonia, Spain

Also according to Lusa, the former leader of the Generalitat, Carles Puigdemont, praised the “extraordinary result” of Sunday’s elections for the regional parliament, which gave a reinforced majority to the set of independentist parties.

In a videoconference intervention from Belgium, broadcast on the election night of JxCat, he underlined that “the extraordinary result” of the separatists “showed the world that a very harsh repression of three and a half years” has been overcome ”.

“The message we need to get to Madrid and Europe is that, despite all efforts to present the independence as something expendable, it is impossible to do politics without talking about independence, without going through the independence groups or a parliament with a voice authorized to speak about the Catalan Republic ”, he said.

According to the Daily News, one day after the elections, the Spanish prosecutor appealed the semi-freedom of the nine independentist leaders convicted of holding the illegal referendum on October 1, 2017. This regime was given by the Generalitat at the beginning of the electoral campaign, in late January. The prosecutor’s office wants it to be immediately suspended, with prisoners, including ERC leader Oriol Junqueras, returning to prison.

The Spanish extreme right of Vox appears in fourth place with 7.7% and 11 deputies, followed by the independenceists of the Candidacy for Popular Unity (CUP, extreme left) with 6.7% and nine deputies and the extreme left party En Comú Pode (associated with Pode) with 6.9% and eight deputies.

THE big loser of the elections is the Citizens (right-liberal), which in the 2017 elections concentrated the useful vote of the constitutionalists (for the Spanish union) who now fled to the PSC, and went down from 25.3% to 5.6% and from 36 to just six deputies . Finally, the Popular Party (PP, right) won 3.8% and three seats in the new regional parliament.

The rate of participation in these elections has dropped by more than 25 percentage points and has now been around 53% of the vote, influenced by the covid-19 pandemic that has led many people to stay home.

To date, the country has immunized only 1.6% of the population with at least one dose of the immunizers. EFE / Juan Ignacio RoncoroniParticipants also...
Read more

China keeps an eye on power plants in India! Is that the reason for the Mumbai power cut? – mumbai outrage exmple...

Another shocking piece of news came before the memories of the tensions created by China at the...
Read more

Among barbs to Biden, Trump admitted to running for the White House in 2024

Cristobal herrera-Ulashkevich / EPA In his first speech since...
Read more