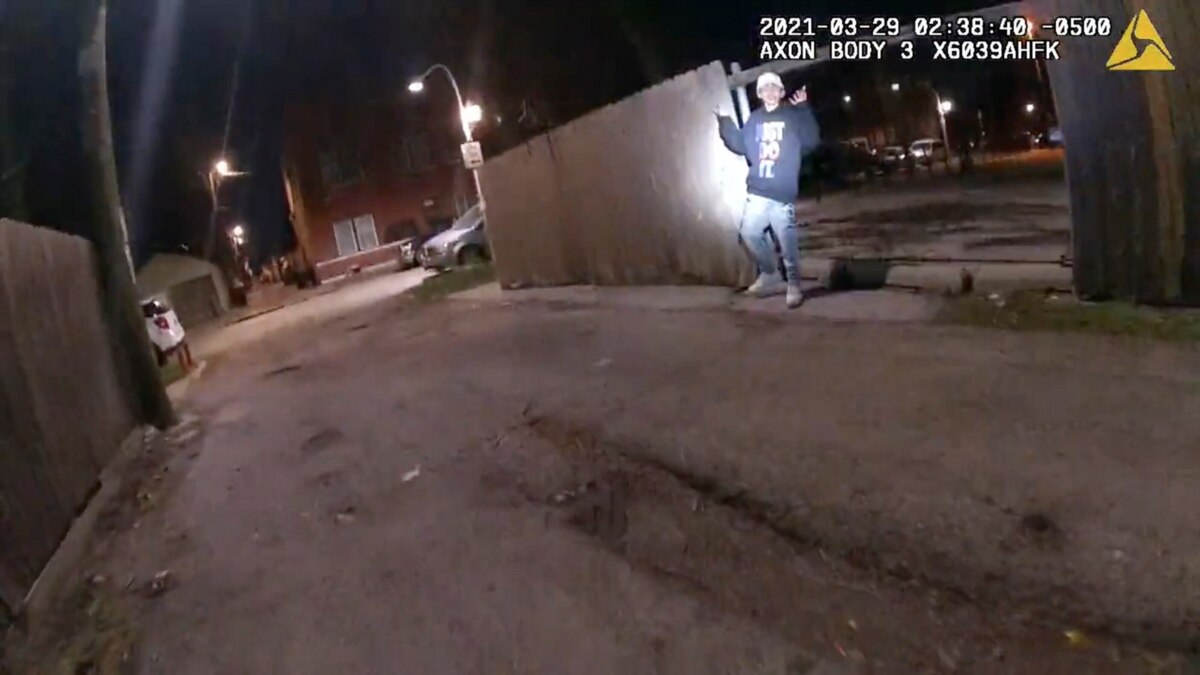 After a fatal gunshot wound to a thirteen-year-old boy by Chicago police sparked public outrage, a video was released Thursday with a camera attached to his body showing a police officer throwing a gun and raising his hands less than a second before the gun was used.

A footage from police officer Eric Stillman’s camera video shows that at the time, on March 29, at 3 a.m., Officer Stillman shot Adam Toledo in the chest once, he was holding nothing and his hands held high.

Police arrived at the scene because of reports of a shooting. They said that before shooting, the teenager had a gun in his hand. After the shooting, a video of police officer Stillman shows a gun on the ground next to Toledo.

Before the Civilian Office of Police Responsibility posted the video on its website, Chicago Mayor Lori Lightfoot urged the public to remain calm. Due to the expected unrest, some businesses located in the city center built their shop windows with planks.

It took 19b seconds from Stillman getting out of the police car to being shot. The video shows him following Toledo on foot for a few seconds and shouting: “Police! Stop it! Stop (obscene) now! ”

As the teenager slows down, Stillman shouts, “Hands! Show me your (obscene) hands! ”

Then Toledo returns to the camera, Stillman shouts “Throw!” And before repeating this command he throws and Toledo falls. As he approaches the wounded teenager, Stillman calls an ambulance on the radio. He hears the boy urging him not to sleep and when other police officers arrive, he says that he cannot feel his heartbeat and starts to take artificial respiration.

The Chicago Police Department does not usually release the names of police officers involved in such cases, but Stillman’s name, age and race – he is a 34-year-old white man – were mentioned in the investigation materials published on Thursday.