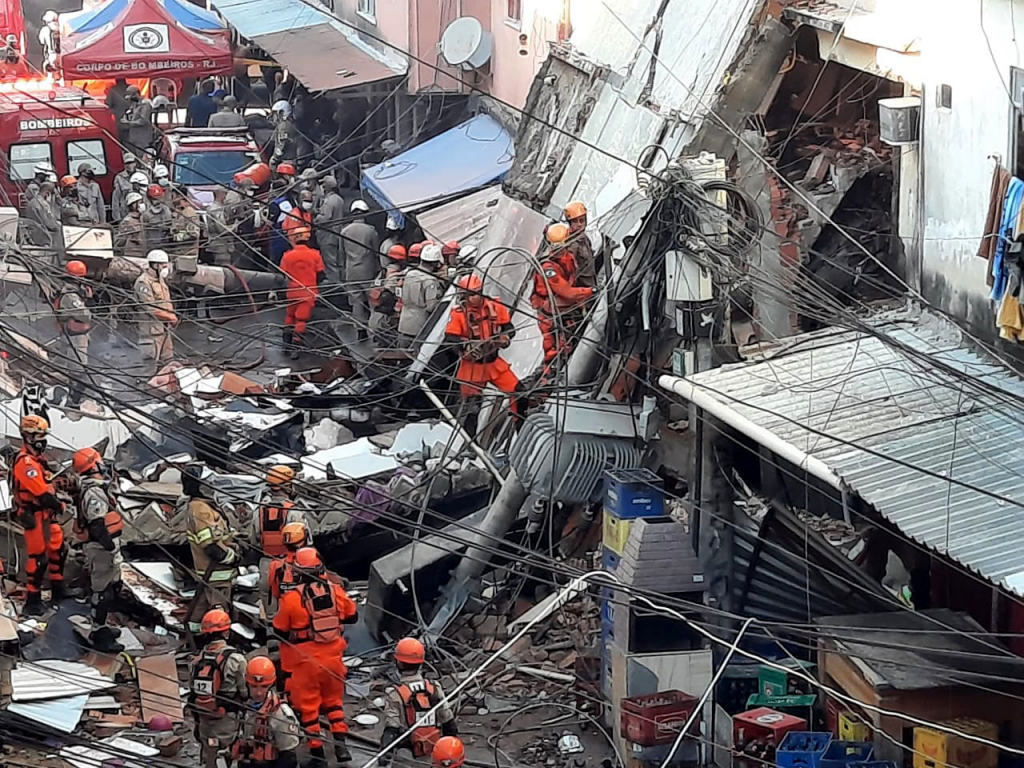 A Civil defense do Rio de Janeiro confirmed this Thursday morning, 3, the death of a 2-year-old child who was buried in the rubble of a building that collapsed in Rio das Pedras, in the West Zone of the city, around 3:20 am. In all, six people were affected by the collapse of the building: three women, two men and the girl who died. At first, two women, aged 28 and 38, and a man aged 29 were taken to the Municipal Hospital Lourenço Jorge, in Barra da Tijuca. The three are doing well and two of them have already been discharged. Shortly after 9:00 am, a woman who was communicating with firefighters from inside the rubble was rescued by helicopter to Miguel Couto Hospital, in Leblon. A man remains in the rubble with no communication with the fire department.

More than 60 professionals and sniffer dogs search the site and a Civil Defense team analyzes at least four buildings beside and in front of the collapsed building to make possible evacuations. A support point for family members who lost their homes was set up by the Municipal Social Assistance Department at the site of the landslide. In addition to the firefighters, there are teams from the Military Police, the energy supplier Light, the Rio de Janeiro Transit Company, Emlurb and other municipal secretariats. The reason for the collapse of the building has not yet been identified by the teams, but according to a Young pan, there are suspicions that the building is an irregular construction in the region, controlled by militias. In 2019, two buildings collapsed in Muzema, also in the west side, and 24 people died.