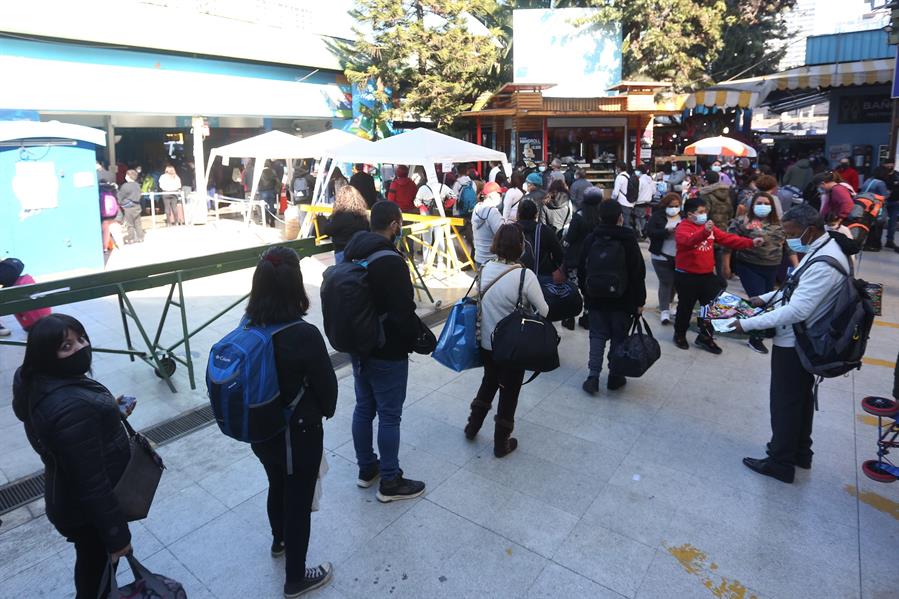 O Chile announced this Thursday, 22, that from next Monday, 26, it will open the borders for all those citizens or resident foreigners who are fully vaccinated against the Covid-19. The entry of tourists into the country remains subject to rare exceptions. Admission is allowed for all natives and residents, but exit to other nations will remain open only for those who will live abroad, do essential work in foreign countries, humanitarian work or health care. The country, the most vaccinated nation in Latin America, faced one of the worst moments of the pandemic between the months of March and June, which caused the closure of borders in April. In recent months, everyone who entered Chile had to spend 14 days in quarantine in a sanitary hotel. The isolation measure will remain valid for non-vaccinated individuals, but those with full immunization will need to go through a 10-day isolation period at home. From the beginning of the pandemic until now, 1.6 million people have been infected with the disease and 34.7 thousand have died. In the last 24 hours, 1.8 thousand new cases and 181 deaths were registered. According to data from Our World In Data, 61.9% of the population of the Latin country is fully immunized against the disease so far. Those who have already taken the two doses of the vaccine have benefits such as access to gyms, theaters and cinemas.