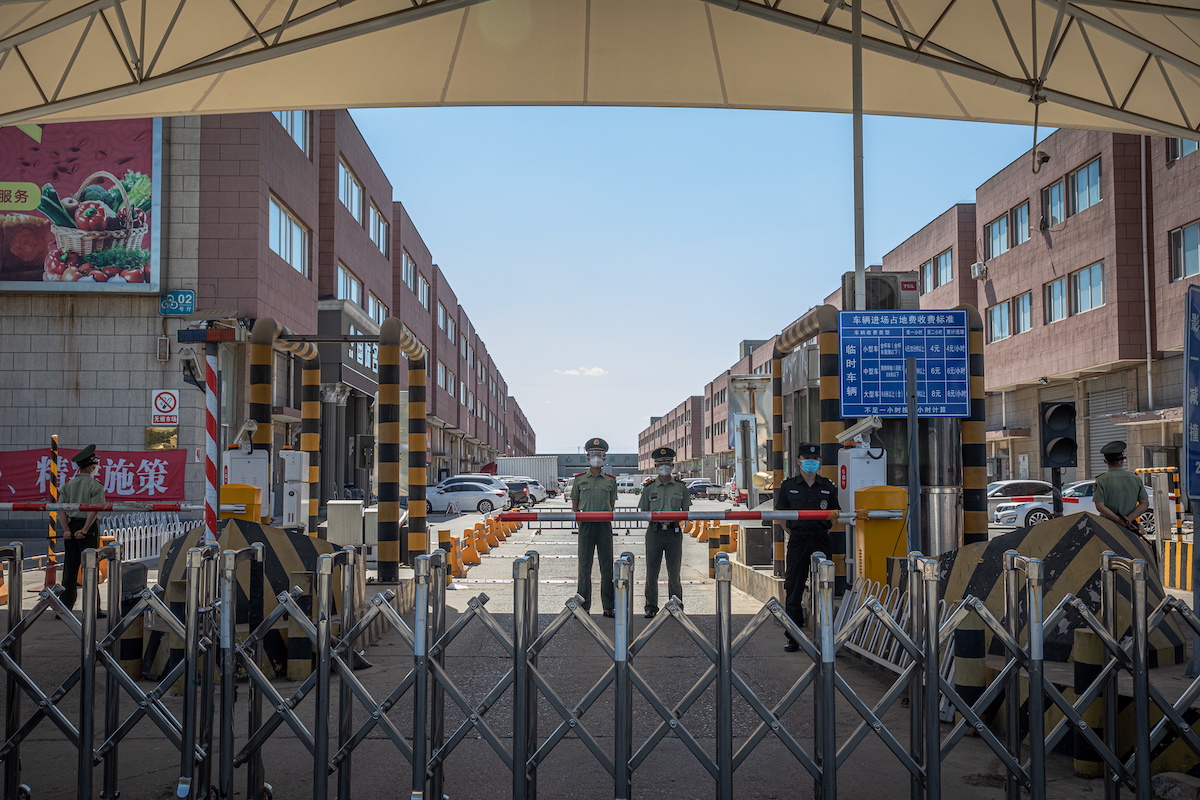 The Chinese government has been committed to a zero-case strategy, which means that entire cities are placed in isolation when a single case arises. One of the gaps in the implemented system is the visitors who arrive from abroad, so new infrastructures are being built so they can quarantine when they arrive in the country.

In December 2019, China, with special emphasis on the province of Wuhan, was the first country to feel the consequences of the pandemic — which at the time was not yet — of SARS-CoV-2. The reports and images that came to us told of entire cities confined as a way to limit the spread of a virus about which I knew very little, other than that it was causing a wave of deadly pneumonias like the midfielders have never seen.

Nearly two years later, and with the main outbreaks of infections moving to the West, China has been trying what experts classify as the strategy of zero cases, that is, whenever a single case of covid-19 is detected, the regional authorities decree a strict confinement in locations where they believe there is likely to be a risk of contagion. This has been the approach since roughly the beginning of the second half of 2020 and whenever there is an outbreak.

As it could not be otherwise, individuals who arrive in the country — the few who are authorized to do so — are also obliged to comply with a severe regime of isolation, which, in the city of Guangzhou, should be done in rooms of hotels chosen by local authorities. However, the virus always seemed to find loopholes to escape from.

In June, the Guangdong Province, where Guangzhou or Shenzhen is located, managed to contain one of these outbreaks, but those responsible for monitoring the pandemic quickly reported that more would have to be done so that such episodes were avoided in a territory responsible for receiving around 90% of visitors from abroad — whether they are foreigners or Chinese who want to return home, which meant about 30,000 people in isolation in the approximately 300 devices designated for this purpose.

One of the measures implemented was the construction of a complex with 5 thousand rooms, with an area corresponding to 46 football fields and where should they work 4000 employees of the health sector. All so that it is possible to welcome visitors and ensure that the virus does not escape to the population — which, in this way, ends up being further away than with the previous solution.

in addition to complex dimensions, named Guanghou International Health Station, there are other features that impress. For example, each of the rooms is equipped with a video camera, a thermometer that works by artificial intelligence and meals are served to guests by robots, in order to reduce human contact as little as possible. “It’s most likely the quarantine center most modern and sophisticated in the world“, described Yanzhong Huang, collaborator for the area of ​​health in the department of international relations of the local authority.

This is, however, just the first of many infrastructure of the kind that the Government intends to build in the country. The process of building a similar complex in Dongguan is already underway — it should have 2,000 rooms — and next on the list should be Shenzhen, two hubs in the country that frequently receive visitors with the intention of doing business in the Chinese market.

“This is not just a provisional measure. Chinese officials believe that this pandemic will take some time to end, so China will continue to tightly control its barriers,” explained Huang. “Structures like this are a way of institutionalize the zero-case strategy“, he referred to CNN.

In China, all visitors from abroad were required to comply with a quarantine of two weeks in a hotel, followed by one more in Chinese state facilities or, in the case of Chinese citizens, in a home setting—even those with full vaccinations. Recently, the start period was revised to 21 days.

On the eve of the opening of the complex – which took less than three months to be built — the first of 184 health workers assigned to work in the complex. already begin to arrive. Ahead will have working periods of 28 days and before they return home, they too will have to fulfill one week of quarantine, followed by others two weeks of isolation in their homes to be able to leave.

Despite the large size of the infrastructure, those responsible estimate that it will be full stock quickly. “If we consider that an international flight carries an average of 300 people, with all of them having to quarantine for 21 days, it is easy realize that it will fill up quickly”, he pointed out. Huang.