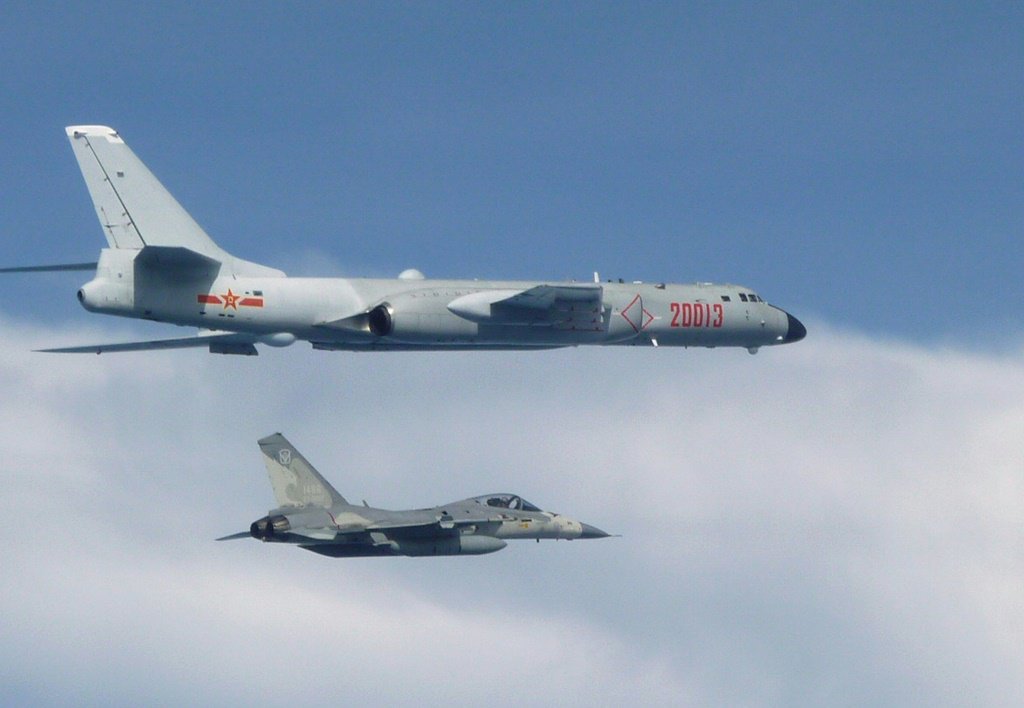 In another movement of deterioration in the relationship between China and Taiwan, the leaders of the country and the island exchanged accusations and threats about the unification of the territory, considered by Beijing as a ‘rebel province’. On the weekend of the 110th anniversary of the 1911 Revolution, tension in the Taiwan Straits only increased after the largest incursion by Chinese military planes into the island’s air defense identification zone.

Chinese President Xi Jinping has promised an inevitable “reunification” with Taiwan by “peaceful means” and the island’s president, Tsai Ing-wen, responded by saying no one would force the population to bow to Chinese pressure. Taiwan reported last week a record number of incursions by military planes from Beijing.

Xi’s speech took place on Saturday, 9th, during commemorations of the 1911 Revolution, which toppled the last Chinese dynasty. The same event was remembered this Sunday, 10, in Taiwan, where Sun Yat-sen, the first and ephemeral Chinese president, is considered the father of the nation.

In the 1911 Revolution, the Qing dynasty was overthrown and the Republic of China was founded under Sun Yat-sen. In the ensuing civil war, the Communists led by Mao Zedong took power, while the Chinese national party, the Kuomintang, took refuge with the government in Taiwan.

Today, the island considers itself independent, and proclaims itself the Republic of China, celebrating the revolution as its national holiday. The Communist leadership in Beijing, meanwhile, sees Taiwan as an “indivisible part” of the People’s Republic of China, founded in 1949. The island of Taiwan lives under a democratic system, but China threatens to use force in the event of a formal proclamation of independence.

“Achieving the reunification of the motherland by peaceful means is in the general interest of the Chinese nation, including Taiwan’s compatriots,” Xi said at the People’s Palace in Beijing, with a portrait of Sun Yat-sen in the background. “The reunification of our country can and will be achieved,” said the Chinese president, warning against any foreign interference.

Tensions between Taiwan and the mainland reached their highest level from 2012, under the presidency of Xi Jinping, and deteriorated further in 2016 with the election of Tsai. On that occasion Xi interrupted official communication with Taipei. “Those who betray the homeland and divide the country never end well,” Xi said of Taiwanese separatists.

Xi’s government considers Tsai to support the island’s separatism, even though the president has declared herself in favor of maintaining the status quo and has not taken any steps towards a declaration of independence.

After winning two elections, Tsai proposed negotiations to Beijing, which rejected them. In yesterday’s speech, the president reiterated her offer to “start a dialogue” and said she was in favor of maintaining the current situation between the two territories. Even so, Taiwanese nationalist sentiment is growing, especially among young people.

“No one can force Taiwan to follow the path that China has charted for us. We want a loosening of relations (with Beijing) and we will not act rashly, but they must not be under the illusion that the Taiwanese people will bow under pressure,” Tsai said. .

A record 150 Chinese military aircraft, including nuclear-capable H-6 bombers, made incursions into Taiwan’s Air Defense Identification Zone (ADIZ) before and after Oct. 1, the date of the Chinese national holiday.

This zone does not correspond to Taiwanese airspace, but to a larger area, which in some cases overlaps with mainland China. Tsai warned yesterday that anything that happens to Taiwan will have major regional and global consequences.

On Friday 8, the United States admitted that it had been secretly training the Taiwanese army for months. A contingent of about 20 members of US special operations and conventional forces has been conducting the training for less than a year.

The US supplies Taiwan with weapons, including defense missiles and fighter jets, and has an ambiguous commitment to defend Taiwan. Xi spoke again on Saturday that the situation in the region is an internal issue. “The Taiwan issue is a purely internal Chinese issue. No one should underestimate the Chinese people’s strong determination to defend national sovereignty and territorial integrity,” he said.

Beijing’s growing dominance of Hong Kong, a model of how China intends to rule Taiwan, makes the island’s inhabitants even more fearful of Xi’s statements. “As a Taiwanese, I don’t think we can accept (reunification), just look at what happens in Hong Kong,” Hung Chen-lun, who was with his two sons at the national holiday celebrations yesterday, told AFP.