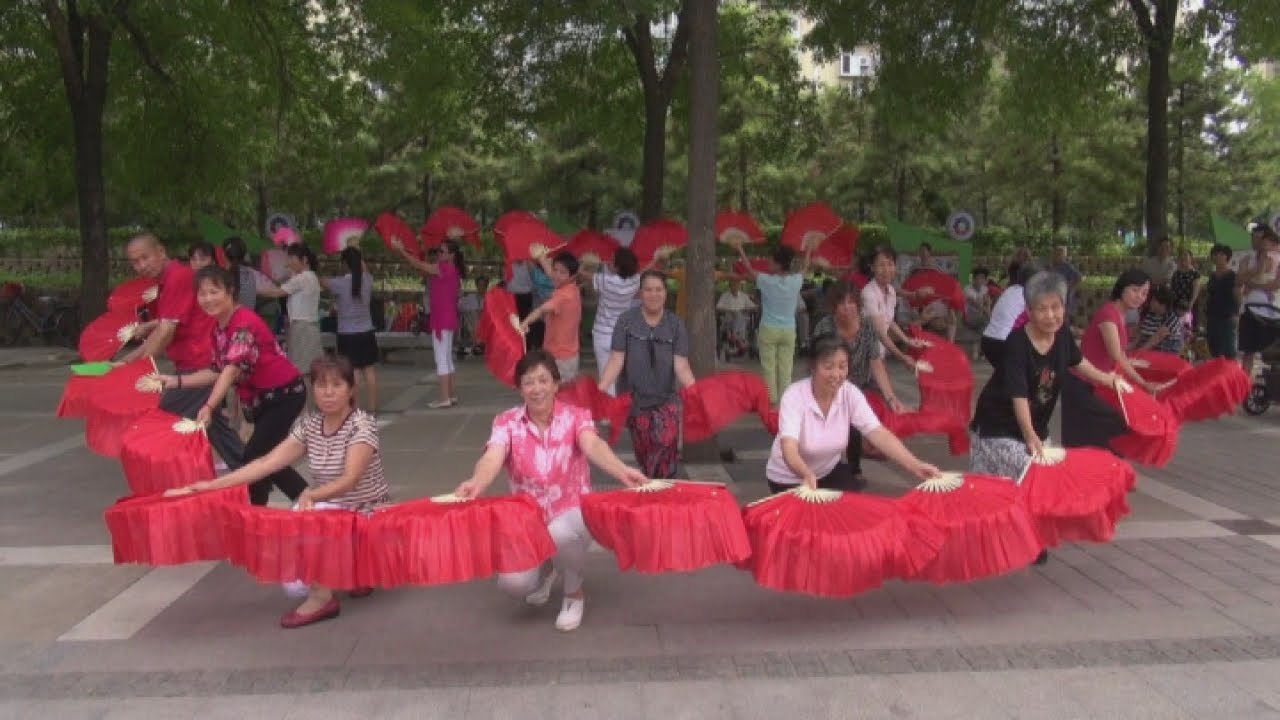 All over China, in public parks or squares, in the early morning or late afternoon, groups of retired grandparents gather to dance to loud music. The practice is a few decades old, and almost as many have the controversy it generates.

The “Danças na Praça Pública”, or “Guang Chang Wu“, emerged in the 1960s, in early communist China, when dancing to loud music in public was common. And in a super-populated country, where all space is disputed, any place can become a ballroom: the open area between buildings, the sidewalk, any garden, park or square.

The phenomenon of “Dancer Grandparents” (so called because they are mostly women and over 45 years old) has gained popularity in recent decades, with an estimated number of 100 million practitioners of Guang Chang Wu. In addition to gender and age, the grandparents have one thing in common: like loud music, very tall.

But, despite the respect that the Chinese traditionally give to the elderly, the truth is that for some time the noise of the Dancing Grandmothers has caused controversy. the noise bothers those who pass on the street, it disturbs the rest of those who live by the squares, and for younger, urban Chinese, it’s not just irritating and antisocial — it’s illegal, a violation of the peace.

the irritation came to cause extreme situations. In 2013, in Beijing, an individual unleashed his Tibetan mastiffs and instigated them against a group of “Dancer Grandmothers” while firing shotgun blasts into the air. But, indifferent to protests, the Grandmothers just turn up the volume, defying the annoyed neighbors.

Over the years, as the patience of the younger ones was running out, some have been trying more or less radical approaches to resolve the dilemma.

This week, says The Guardian, one of them went viral on social media: a device similar to a stun gun, capable of silencing at 50 meters the sound from the Dancing Grandmothers’ speakers, appeared for sale on TaboBao (the Chinese version of eBay) as the ultimate sabotage against the dancing grandparents.

As reviews device could not be more encouraging. “Finally, silence outside. For two days, the grandmothers thought the speakers were broken“, says a user.

“Great invention! With this tool, I now own my street again. This it’s not just a normal product, it’s social justice“, says another user. In a viral video, it’s possible to see a user in a building silencing a group of ladies (as they are sometimes called disparagingly) who danced in a nearby park.

The device is part of a series of products that have emerged on the market to combat noise pollution, while avoiding any interaction between people. “Distance gives us the possibility to escape the wrath of the Dancing Grandmothers”, explains a user of the Weibo social network, cited by SCMP.

On the other hand, the Dancing Grandmothers themselves seem to be adapting to the new times, and some groups are experimenting dance with earphones bluetooth — creating a silent version of the Guang Chang Wu.

In 2019, Beijing launched new laws to “promote civilized behavior”, which allow the police to fine the Dancing Grandparents — and the fines can reach values ​​in the order of 65 euros for each Lady badly behaved.

However, Chinese authorities have always supported the phenomenon, which they consider to be “a positive and effective way to reduce costs financial and medical, as well as improve people’s quality of life older”. Also, it is complicated fight the will of 100 million practitioners of Guang Chang Wu.

Thus, the phenomenon of China’s infamous Dancing Grandparents seems to be here to stay. Just like remote devices that mute your speakers.