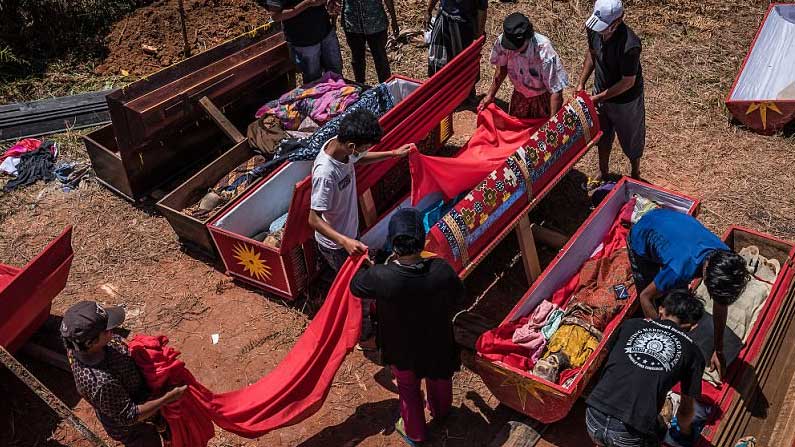 Many parts of the world .. People in these areas have different beliefs about births .. Deaths .. Everyone follows their own religious beliefs, customs and practices with great care. And in each area of ​​human death ..

The beliefs and beliefs of the villagers in Rindigal, Indonesia are astonishing. The love and respect that the villagers show for a deceased person is very different. Remembering the deceased once a year by name .. Naturally .. We organize food donation and clothing donation in their name .. But in Rindigal the villagers only retrieve the body of the deceased from the grave once a year. They are then cleaned with chemicals. The corpses are prepared in the same way as they were when they were alive. Dressed in their favorite colors, Jesse arranges cigarettes, spectacles, and food items. Then the corpses are brought home. Those who like to sit in any place while they are alive sit in that place. In the afternoon all the family members have lunch together. They celebrate the festival all day long. In the evening, tragedies appear in the mohallas of the villagers. After dark, all the villagers return the corpses safely to the cemetery. As usual, the tomb is closed.