In presenting the new Brussels strategy to tackle the environmental crisis, the European Commission’s executive vice president, Frans Timmermans, said that combating climate change is no longer just about reducing carbon emissions, but also about adapting.

“There is no vaccine against climate change. There is only preparation, ”he said. “For a long time, we avoided talking about adaptation because, in a way, it could seem that defeat was being admitted in the face of the climate crisis. Now we realize clearly that we have to avoid the worst and prepare for the inevitable ”, he explained.

And underlined, quoted by Express: “Even if we were able to eliminate all greenhouse gas emissions tomorrow, we would still face the effects of our emissions over several decades”.

Extreme weather conditions are already costing the public accounts of European Union (EU) member states over € 12 billion a year. “If we fail to prevent a three-degree rise in temperatures, the losses could reach 170 billion euros a year,” said Timmermans.

“We have to be able to adapt more quickly, to share information and better anticipate future risks, so that farmers, families, industries and cities know better what problems can result from climate change so that they can prepare in advance, ”he said.

Timmermans indicated that most of the losses still fall on families and businesses without insurance protection and on public coffers. The level of protection of insurers is still very insufficient, with only 35% of losses being, on average, covered.

US to recover climate target “quickly”

Speaking on the second day of EU Industry Days, Timmermans reiterated that Europe wants to be “The first climate neutral continent”, an objective that the European Commission intends to achieve by 2050, but that the United States (USA) will “recover very quickly” at the climatic level. 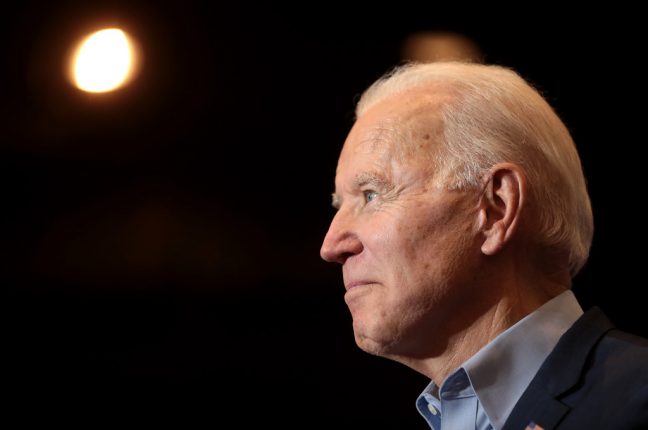 The EU has set “the pace” and “still” leads the race, but the European Ecological Pact commissioner believes that Americans “will recover very quickly” with the Joe Biden administration’s ‘coming on the scene’.

“We have also seen China take some giant steps in the right direction. Japan has also stated that it wants to be climate neutral by 2050, as is Europe. Canada, Korea [do Sul]… We see incredible developments in parts of Africa and Asia. People are entering this race, ”he said.

According to Timmermans, “because of the way we live now, we would need three planets to accommodate our needs”.

So he called for the need to “ensure that we change the way we live for stop the temperature rise in the world, […] and the risk of ecocide ”, transforming the economy“ so that it can benefit from the industrial revolution that is taking place and so that we can bring more people into fair work ”.

Even so, the European commissioner said he was impressed that the pandemic did not diminish “people’s sense of urgency with regard to the climate crisis”.

“Now that people understand how important our health is and how vulnerable we are as human beings, the pandemic was also the result of the lack of balance between us and the natural environment, I believe that the sense of urgency that we still see will help us to get out of this pandemic with all the investments that will be needed to recover so that we also transform our economy into a green economy ”, he stressed.

Timmermans stressed the “opportunity to use the industrial revolution for the benefit of a more productive and circular economy ”, in which the“ dependence on raw materials ”is reduced. “The steps we are going to take in the coming years will be decisive as to whether we are successful in getting out of this crisis or not,” he concluded.

Share
Facebook
Twitter
Pinterest
WhatsApp
Telegram
Previous articleKarol Conká denies prejudice with Juliette on BBB21: ‘I have friends in the Northeast’
Next articleWholesale tags in support of bin Salman and Khashoggi’s report will include a video of his body dismemberment | A nation is tweeting out of tune

Vice President says, however, that it is possible to eliminate illegal actions by 2030 Wallace Martins / Futura Press /...
Gulf News