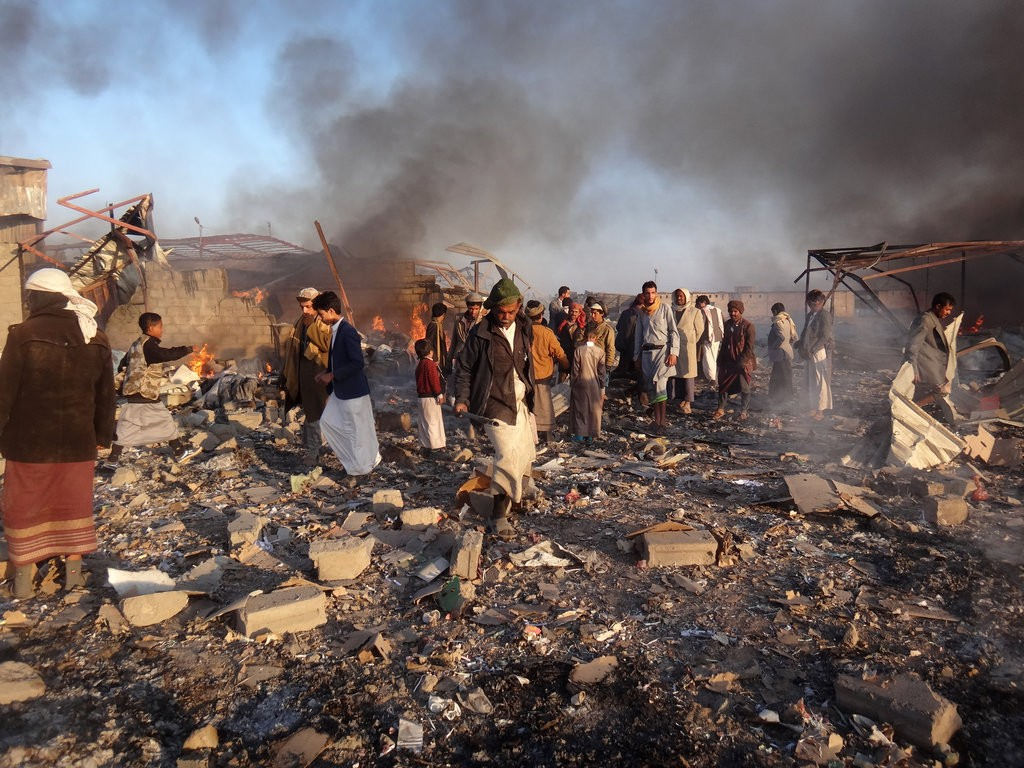 The Saudi-led coalition and the Houthis allegedly committed war crimes in Yemen, using famine as a method of conflict, a new report revealed.

According to the Independent, the World Food Program has repeatedly warned that the “greatest famine the world has ever seen in modern history” is approaching Yemen, where more than half of the population of 29 million does not have access to food.

In the report, the rights group Mwatana and the organization Global Rights Compliance (GRC) noted that attacks on water and food are contributing to the crisis. The document includes reports of coalition-led air strikes against water, fisheries and agricultural facilities during clashes with Iran-backed Houthis.

The obstruction of humanitarian aid by the Houthis prevented farmers from accessing the fields and contributed to chronic food insecurity.

The report concluded that these actions constituted war crimes and urged the Security Council of the United Nations (UN) to refer the situation to the International Criminal Court, to be investigated.

“We conclude that the members of the Saudi/United Arab Emirates-led coalition and Ansar Allah [os houthis] they used hunger as a method of war”, the report noted, noting that this conduct has impeded “civilians’ access to food and water” in Yemen, “where people, including children, are starving”.

Yemen has faced a civil war since 2015, when the Houthis took control of parts of the country, forcing the government of President Abed Rabbo Mansour Hadi into exile. The following year, Saudi Arabia and other Gulf states formed a coalition and launched a bombing campaign to bring Hadi back to power.

More than 130,000 people have died in the conflict. In February, the UN warned that five million people were “just one step away from hunger”.

The Mwatana group said it had documented some 579 Saudi-led coalition air strikes as of August 2021, which killed thousands of civilians and destroyed property in 19 of Yemen’s 22 provinces. Of those attacks, 90 hit homesteads, farmland, equipment, food stores and vehicles.

The report accused the Houthis of “arrest and intimidate volunteers, blocking aid convoys and illegally confiscating property from humanitarian organizations”. Due to these actions, the UN food agency suspended in 2019 and 2020 its operations in the areas controlled by the group, affecting about 850,000 people.