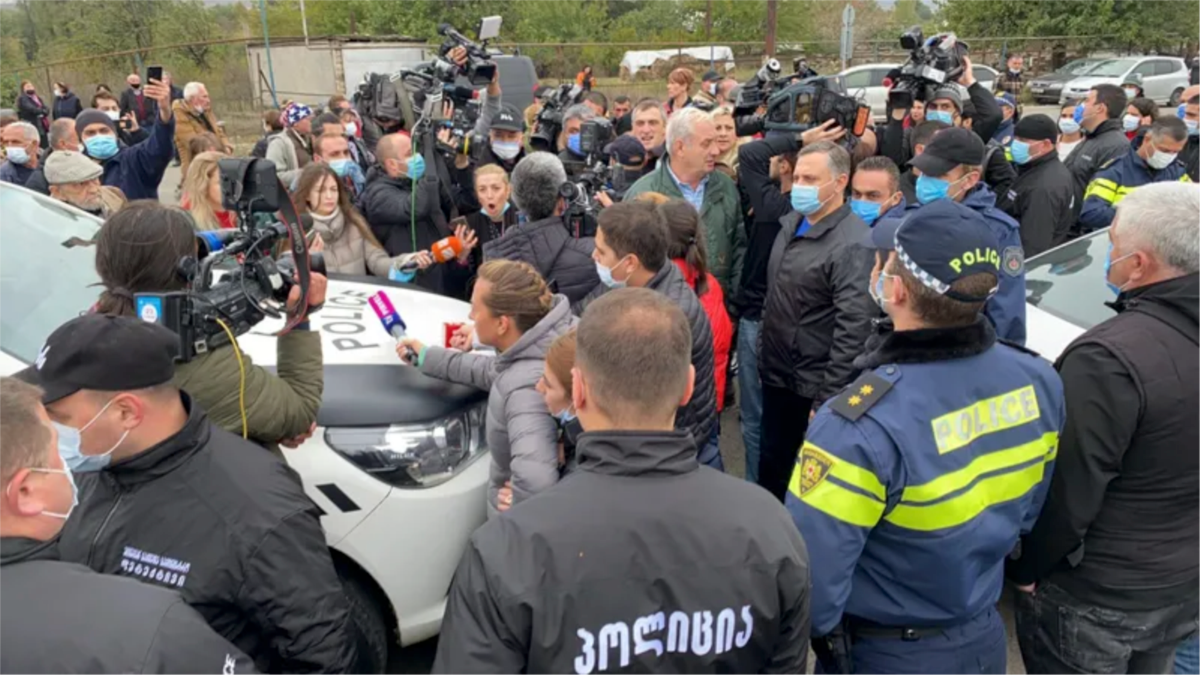 A confrontation took place between the protesters and the law enforcers near the Rustavi prison, where the detained third president is being held. One of the protesters, Zviad Kuprava, has been arrested.

Detained Saakashvili has been on hunger strike for eight days. According to the lawyer, he lost 12 kg. As Beka Basilaia told reporters after leaving the 12th penitentiary in Rustavi, Saakashvili’s health condition is deteriorating day by day.

“Even if you look at it visually, it seems that a person is deficient. I lost more than 12 pounds as far as I know. Day by day his health condition will gradually start to deteriorate if it has not already deteriorated. “He is morally strong,” Basilaia said.

As for the request for Mikheil Saakashvili to be examined by his personal doctor, in connection with which they applied to the Penitentiary Service, as Basilaia says, they have not received an answer so far.