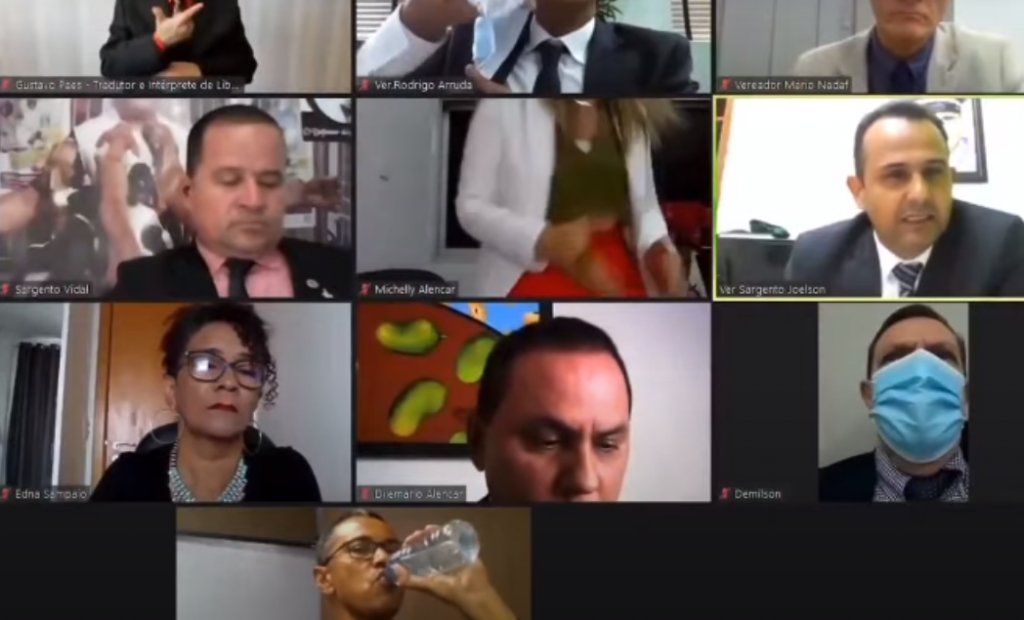 Upon realizing that her camera was on, the MP left the front of the computer; his colleagues did not comment on the episode

Playback / YoutubeMichelly Alencar (DEM) used the networks to explain himself

A councilor of Cuiaba Michelly Alencar (DEM) had a curious moment when dancing during a virtual session of the City Council. The case happened on Thursday, 15, and the parliamentarian was surprised to realize that her camera was on and left the computer immediately. The video was published on social media and went viral quickly. In his social networks, Michelly clarified the episode, saying that it was a joke with his aide, who was in the same environment, and said that he did not disrespect his colleagues and voters. “I didn’t disrespect anyone. On the contrary, I exercise my role with a lot of dedication and professionalism. I have never missed a session, I have legislative production, I am on the streets supervising and defending the right of the citizen of Cuiabano. And look, I get ready for the sessions, I go to the office, I don’t do it anywhere or anyway just because it is online, ”said the councilwoman. The other parliamentarians did not comment on the situation.

Watch the video of the session: