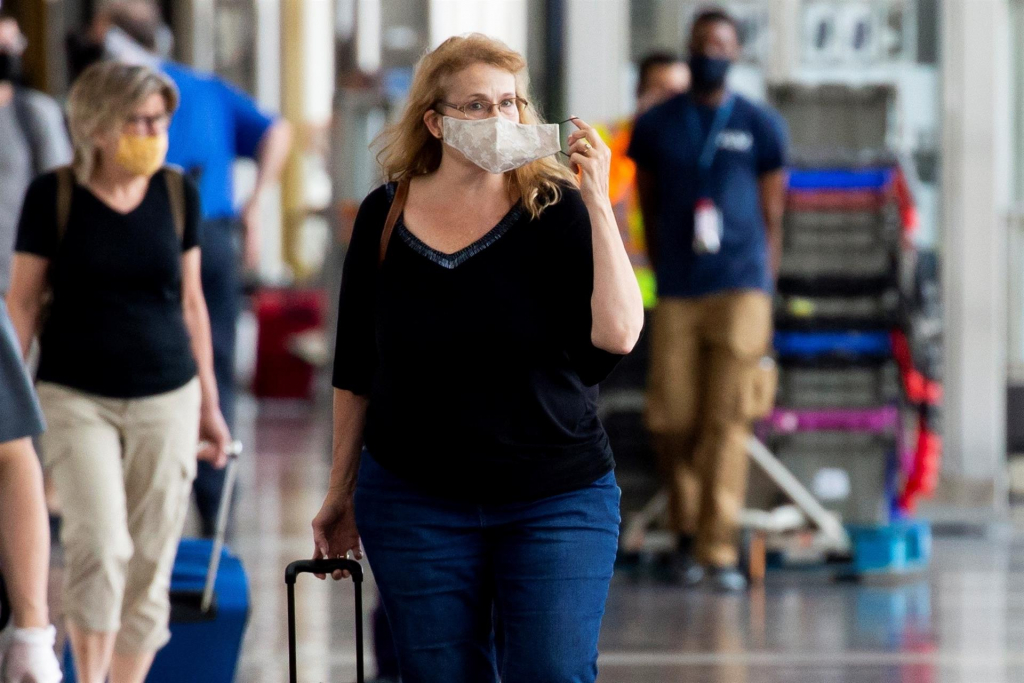 EFE/EPA/MICHAEL REYNOLDSIn early July, France decided to open its doors to immunized travelers from almost every country in the world.

The expectation of the tourism sector in Brazil is for growth in the second half of 2021 and an even more intense recovery for the beginning of 2022. The optimism is due to vaccination mass population. Fernanda Demetrio’s travel agency managed to survive the worst phase of the pandemic and, currently, domestic travel is on the rise. “People wanted to travel, they were anxious and the national one was the most sought after. Northeast, Maragogi, Port of chickens was very popular, very much”, he says. Fernanda also says that even in view of the strict sanitary protocols of the Covid-19, many countries still received tourists in the midst of the pandemic, but they were few. “Egypt, Dubai received a lot of Brazilians, it became a darling destination for Brazilians as it has been open since July last year. But there was still a fear, people would go more to the Northeast. People are very anxious to go to the United States, every week I receive “Fê, can we go without quarantine in Mexico?”, he says.

In early July, France decided to open the doors to the immunized travelers from almost every country in the world. However, Brazil is one of the 15 countries with restrictions. The reason is that the release is only valid for vaccines approved by the European Agency such as Pfizer, Moderna, AstraZeneca and Janssen. Spain was another country that started to receive vaccinated tourists. The government only released vaccines approved by the World Health Organization (WHO), which includes CoronaVac, for example. Even so, Brazilians are left out. For health organizations from other countries, the country is considered to be epidemiological risk by the great concentration of variants do coronavirus and by the delay in vaccination. Also according to specialists, to become safe in the eyes of the world, Brazil needs to reduce the infection rate per 100,000 inhabitants. The national average is almost 420, while the American and European number is 75. Brazil is the 12th country with the worst rate in the world, according to the WHO.

According to the organization, the country needs to reduce the infection rate by 82%, review the vaccination campaign and create alternatives to contain the advance of the virus variants, especially the P.1 of Manaus, named “Gamma”. For infectologist Sylvia Lemos, the Brazilian government should review the National Immunization Program (PNI), in addition to creating safety mechanisms to control the strains. “What we can say is that we still don’t know how things will turn out, because unfortunately there are strains, mutations, that make a country that opens its restrictive measures to be able to have restrictive measures again. Furthermore, there is a whole discussion about vaccinations, types of vaccines and platforms, that there is no uniformity”, he explains. The existence of a mass vaccination campaign is one of the criteria for the European Union, the United States and the United Kingdom to receive visitors from other countries.