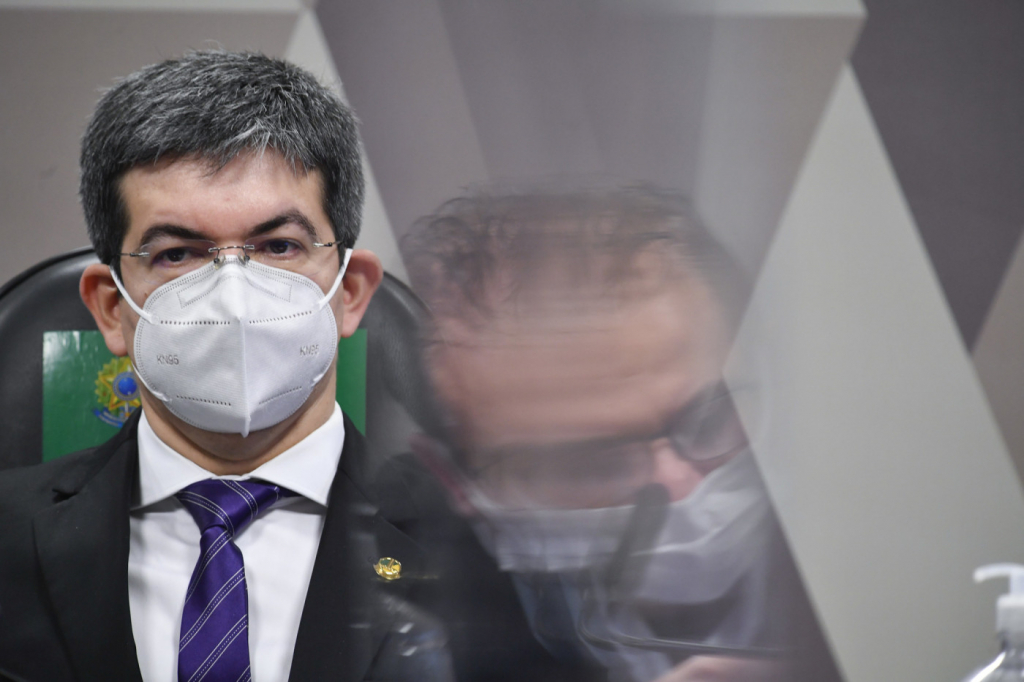 Leopoldo Silva/Senate AgencyRandolfe accuses Bolsonaro of spreading misinformation by trying to link him to the fraudulent purchase of Covaxin, denounced by the Miranda brothers

A CPI to Covid-19 went into recess last week and should only have testimonies again on August 3rd. However, even far from the collegiate, the senators continue working and, at the same time, waging “judicial wars”. Flavio Bolsonaro, for example, accuses the committee’s rapporteur, Renan Calheiros, of abuse of authority. The Senator from Patriota filed a representation with the Attorney General’s Office (PGR) saying that he was being pursued by a “parallel CPI” set up by his colleague. According to the president’s son Jair Bolsonaro, Calheiros finances and legitimizes the actions of persons formally dissociated from the Parliamentary Inquiry Commission (CPI) to “carry out private investigations, devoid of any legal guarantee, by sordid and invasive means”. The senator is based on an article in Veja magazine, which claims that Renan would have taken offense when Flávio called him a bum.

The vice president of the CPI, Randolfe Rodrigues (Rede) filed a criminal complaint against the President of the Republic. He accuses the Chief Executive of defamation by publishing last Monday, 19, a video in which the senator asked for approval of the emergency use of the Covaxin. Randolfe claims that the president spreads disinformation by trying to link him to the alleged fraudulent purchase of vaccine, denounced by the Miranda brothers. In addition to the conviction, the senator asks for the removal of the post and retraction on Bolsonaro’s social networks, in addition to a fine of R$ 35,000. In Randolfe Rodrigues’ view, the president transforms politics into a space of aggression and rupture. “The criminal complaint I filed with the Supreme Court is not simply a function of my honor. It is to tell the President of the Republic that there are limits to a Democratic Rule of Law when he insists on defaming, attacking people and spreading a culture of fake news and hate,” he said.

This Tuesday, 20, members of the CPI summit met virtually to outline strategies. The chairman of the committee, senator Omar Aziz | (PSD) published a video saying that the work is technical, not political. And who is looking for evidence. “The watchword is to go deeper in the investigations, make connections between companies, people and servers so that we don’t commit injustice, don’t go around saying something and then not be able to prove it. We will certainly reach conclusions that the population wants to know”, he said. Meanwhile, President Jair Bolsonaro has again criticized the Senate body. In an interview with “Voz do Brasil”, he says that the commission has not been looking for the truth. “We have difficulties in part of the mainstream media, we have difficulties with a CPI that is working in parliament that lacks more transparency for these bodies to seek the truth of what happened in this period. There is wear and tear, but we are aware, we are calm that we will also win this phase”, he pointed out.

Bolsonaro also defended himself against the charge that the federal government had failed to buy vaccines last year. “When it comes to vaccines, all contracts and negotiations, or almost all, started last year. We couldn’t buy vaccines in 2020 because it wasn’t available. The first person vaccinated was in early December and we started vaccinating the following month”, he said. The request for the deputy was sent to the Supreme Court (STF). Luis Miranda (DEM) is investigated for allegedly slanderous denunciation against Bolsonaro. The request was made by the Minister of Justice, Anderson Torres. If the STF accepts the request, Miranda and Bolsonaro will be investigated in the same inquiry.

*With information from the reporter Levy Guimaraes