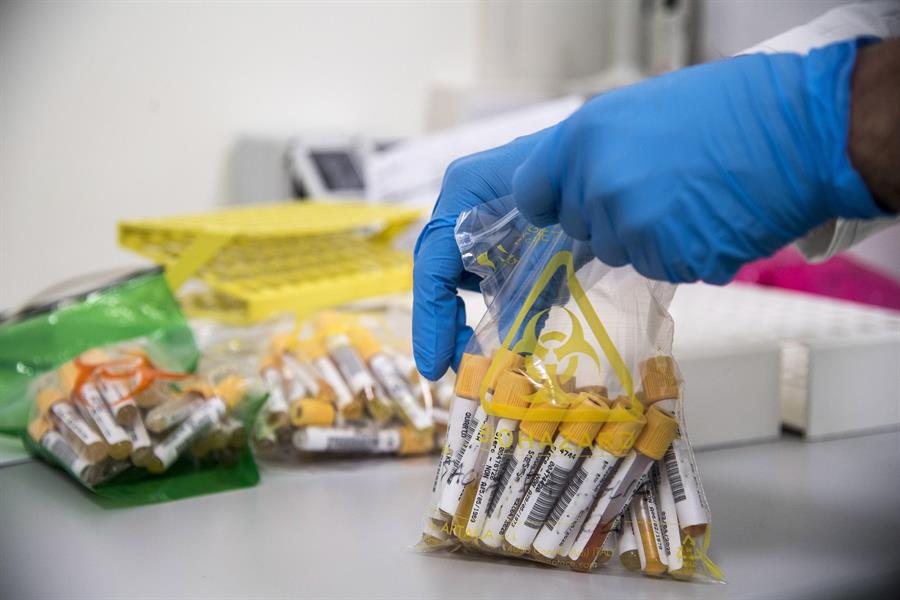 Measures such as distance and new technologies linked to the vaccine can help in future emergencies; The rapidity of studies to develop an immunizing potential surprised the world

The speed with which vaccine against a Covid-19 was studied and produced surprises and amazes the world. The deadline for studies and development of potential immunizers against the new coronavirus, which at the beginning of the pandemic was stipulated at least two years, has been completed in just over 10 months in some laboratories. And that includes the full cycle – from research to registration, even for emergency use, at international regulatory agencies. The first to complete the feat was the American laboratory Pfizer, in partnership with the German BioNTech. The partnership was announced in mid-March 2020 and the first authorization for emergency use took place in UK fur Medicines and Healthcare products Regulatory Agency (MHRA, an organ equivalent to Anvisa) on December 2nd. There, vaccination started on the 8th.

Other issues such as social isolation it’s at herd immunity were subjects that divided opinions in the face of this unique moment. And, for sure, they will remain as legacies for future health emergencies. “Some things, like the speed with which science is able to reorganize itself and concentrate efforts on certain actions, this type of mobilization will remain a reality from now on. In addition to the possibility of using all the scientific knowledge and the entire arsenal of equipment, from the genetic part to prevention, to discover a new disease ”, says Carlos Carvalho, director of the Pulmonology division at InCor and a member of the Contingency Center of Covid-19 in State of Sao Paulo.

“The next pandemic may not be a respiratory virus, so we will have to think of new ways to contain transmission. In addition, scientists need to learn to communicate with society and with politicians who are decision makers. There is no use in scientists having developed vaccines in record time so that they stay in freezers. Vaccines only work within people and these people need to be very well informed that they are safe and it is not an obligation to have a vaccine, but a right supported by the State ”, adds Luiz Almeida, who is a PhD in Microbiology in the area of ​​Genetics of Bacteria by ICB-USP and member of the Instituto Questão de Ciência (IQC).

The vaccine issue was only possible thanks to a union of efforts, technologies and investments. Previous studies on the coronavirus and the tireless work of scientists from all over the world have also proved to be fundamental, as Luiz Almeida explains. “From a scientific point of view, we have taken a leap of at least 10 years in the development of vaccine production technologies. We have four key factors that have helped to streamline this process: previous research, investments, global joint work 24 hours a day and many people getting sick in a short space of time. ” In previous pandemics, universities like Oxford were already developing vector vaccines against MERS – respiratory disease, caused by another type of coronavirus, in addition to the development of RNA vaccines, which have also been researched for at least thirty years, guarantees the specialist. “The pandemic has turned the eyes of the world over in search of a solution and investments have been in the order of billions of dollars,” he explained.

“The number of published research on SARS-CoV-2 and Covid-19 has exceeded 70,000 indexed scientific articles. Many of these articles provided fundamental information for the development of vaccines, such as, for example, the elucidation of the virus infection process in human cells, the sequencing of the virus genome and the shape of the S protein (spike or spike), which is the main target of vaccines being developed worldwide. If today is the spike, tomorrow it could be another viral protein that looks like a fork or a knife, it doesn’t matter. What we need to know is what genetic information in the genome of the virus that produces this target protein. We just copied that information and didn’t use the virus anymore. This creates immense agility so that one of the most time-consuming processes to combat a new virus is streamlined, which is exactly the formulation of vaccines ”, says Luiz Almeida.

In addition, phase 3 of vaccine testing depends heavily on people who volunteer for the studies to have contact with the virus – whether those who took the immunizer or the placebo – it is exactly that contact that gives us the rate of effectiveness of an immunizer. With a pandemic with a high infection rate, as is the case with Covid-19, minimum numbers are reached more quickly than in more controlled diseases. “Brazil was one of the countries that recruited the most volunteers for testing the vaccine because of the high number of infected people and the lack of planning and leadership in containing the circulation of the virus in the country. This caused that, in a few months, several volunteers who were participating in the study were infected with the virus. There are cases of tests with vaccines in which the virus, as it is not so circulating, took years to complete phase 3. ”

Faced with the uncertainties of the pandemic, countries adopted different strategies and, at different times, in an attempt to contain the virus. One of them was the lockdown, used mainly in much of the Europe and the U.S. In Brazil, measures to contain the virus were taken by states and municipalities – in the face of the silence of the President of the Republic, Jair Bolsonaro. More than stopping the virus from circulating, scientists learned that this quarantine would be responsible for giving the health systems a breather to equip themselves for the cases that, eventually, would happen. “These measures of lockdown and severe social detachment are the last resort we have to avoid the Sofia Choice that, unfortunately, doctors had to make at the most critical moment of the pandemic. Extending these measures of last resort is also not efficient ”, says Luiz Almeida.

According to Carlos Carvalho, who is part of the Contingency Center in São Paulo, depending on the stage of the pandemic, the distance has certain functions. “In the rise of cases, when you have a proportion of the number of people infected and the health system is not prepared to absorb this. In this case, it is effective. But the virus will not die of old age, it will only circulate less. It is important to do the isolation also as a restrictive measure so that certain populations at risk are not exposed. In that case, you reduce the circulation of risk and protect people, ”he said. “They [estratégias] they serve to give governments time to draw up a plan as soon as possible to combat the pandemic. And it helps not to have many people hospitalized in the ICU beds at once, which can cause the health system to collapse ”, adds Luiz.

Herd immunity, achieved when a good part of a certain group or country is contaminated with the virus and creates antibodies, can be a mistake, experts point out. Among some examples of places that tried to adopt the strategy and were not happy is Sweden, in Europe, and the State of Amazon, in Brazil. “In the case of Sars-CoV-2, herd immunity has not been achieved anywhere. Several countries in the northern hemisphere have reported recurrence of cases. And it started to happen here in Brazil too ”, reports Carlos Carvalho. The logic is that the more the virus circulates, the more people will be infected and produce antibodies, however, individuals with more sensitive organisms can have severe sequelae and even die.

“There is no herd immunity without vaccines. We know that the virus can even interfere with the communication of the immune system in humans and make it not remember that we were infected. Vaccines, because they work with the inactivated virus (Sinovac) or just with the genetic information that induces human cells to produce protein S (Pfizer, Modern), do not cause this blackout problem in people’s immune systems ”, explains the PhD in Microbiology. “Furthermore, we shouldn’t just think about the number of deaths when we talk about Covid-19. We have several reported and documented cases about long lasting side effects after the infection is cleared, such as loss of smell and taste or even difficulty in breathing due to the damage caused to the lung by the virus ”, he adds.