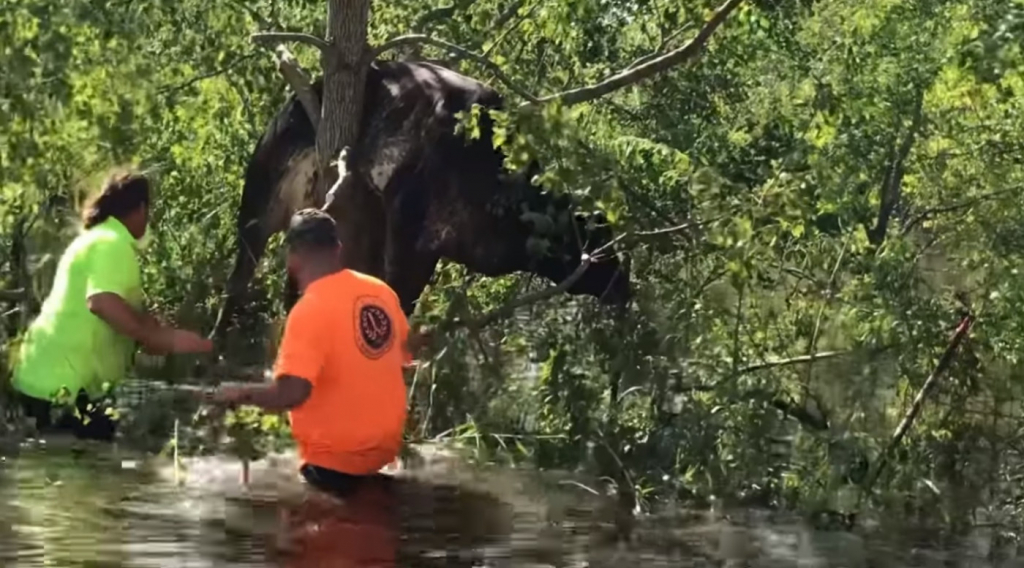 The damage caused by hurricane Ida, which reached the south of the USA last Sunday, 29, leaving a trail of devastation and more than a million people without energy in the states of Mississippi, New Orleans and Louisiana, continue to appear with the drop in water levels in some regions of the country. A video released by the government of St. Bernard Parish, Louisiana, on social media shows the unusual rescue of a cow that got trapped in a tree. The animal was removed by government officials with the help of a saw. This is not the first video released by the local government that goes viral on social media. Also on Monday, the city published images from security cameras around the city showing the speed with which the water rose in just one hour of the passage of the hurricane. At least four people died and more than 10 were injured in three southern US states after Ida’s arrival.