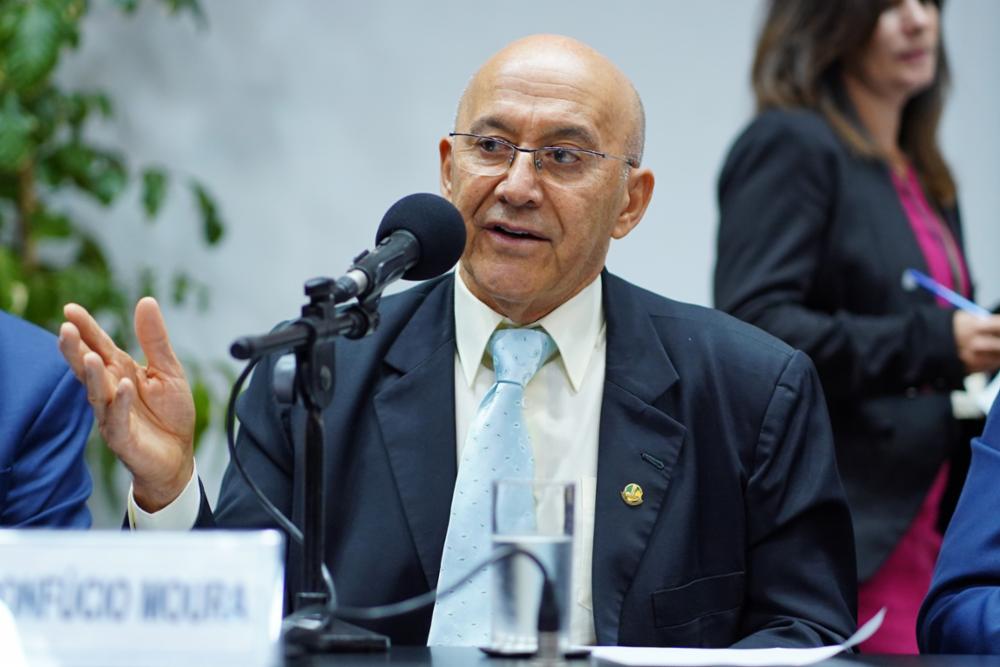 The chairman of the Temporary Committee of Covid-19 of the Senate, Confucio Moura (MDB-RO), spoke with the Morning newspaper, gives Young pan, this Saturday, 17th, about the progress of the commission, established in March 2020, throughout the pandemic and stated that he does not believe that the Parliamentary Inquiry Committee, opened in 2021 to investigate possible crimes in the conduct of the country’s health crisis, help or hinder the current situation in Brazil. “It is a police station, it is an investigation process, a survey, it is an inquiry, to listen to people, to promote reports, the biggest problem is the political damage that is happening in government structures, now, later, it itself doesn’t help,” he opined. The senator recalled that the commission he presided over was the only one that crossed the entire year of 2020 in search of solving problems such as the lack of an intubation kit, equipment and other needs in the states and municipalities. “This commission of ours is vigilant, goes after it, seeks through pressure, through public hearings with specialists, to send us clear positions claiming measures, both from the Ministry of Economy, Ministry of Education, and also from the Ministry of Health. forward while the CPI looks in the rearview mirror, it will look for something from the past”, he said. The congressman took it for granted, however, that the CPI gained more attention in the press than the commission he presided over.

He recalled that 56 sequelae of the disease have already been recognized by medicine, ranging from dizziness to muscle pain, which made the commission consider releasing resources to help those affected in the long term by the virus. “Of course, the states should compose the specialized structures of physiotherapy, speech therapy, psychological support, for all those sequels that medicine is learning from the disease”, he said. The politician considered each day that passes as an “agony” to alleviate the effects of the disease on Brazilians and stated that the moment of the pandemic, even if more attenuated than a few months ago, should still be considered extremely serious. “The disease is advancing. Even those who are vaccinated, some of them, manage to contract the disease in a milder way. Nobody knows if they need to take the third dose next year or if it will be done this year, the world is worried”, he explained. He praised, however, the efficient work of science in finding solutions to the disease. “This is no time to let down your guard, take off your mask and promote crowds. All other preventive care is recommended”, he stated. The effect of the pandemic on education was pointed out by the senator as a generational problem not yet measured in numbers that needs to be urgently solved.

For him, classes can no longer be postponed and must be resumed in August with mass testing of students, which should follow the recommendation of infectious disease doctors. Actions for the recovery and recovery of Brazil are still unknown for the commission. Confucius says that facing the pandemic as a war for the population to unite after the destruction caused by it is a possibility to rebuild the country in the future. Reforms are identified as essential by the politician. “The government does not itself cause development, it is the entrepreneur, the private initiative, who produces the development. The government must be a provider of quality services, make life easier for merchants who are going to seek space in the world of sales, and not the barrier that Brazil makes with businessmen to export, the difficulties of all kinds, tax, customs,” he said . The senator pointed out that the Ministry of Economy should work to make imports and exports cheaper and in the legal security of business in the country so that we stop “raining in the wet”.

Check out the Jornal da Manhã this Saturday, 17, in full: