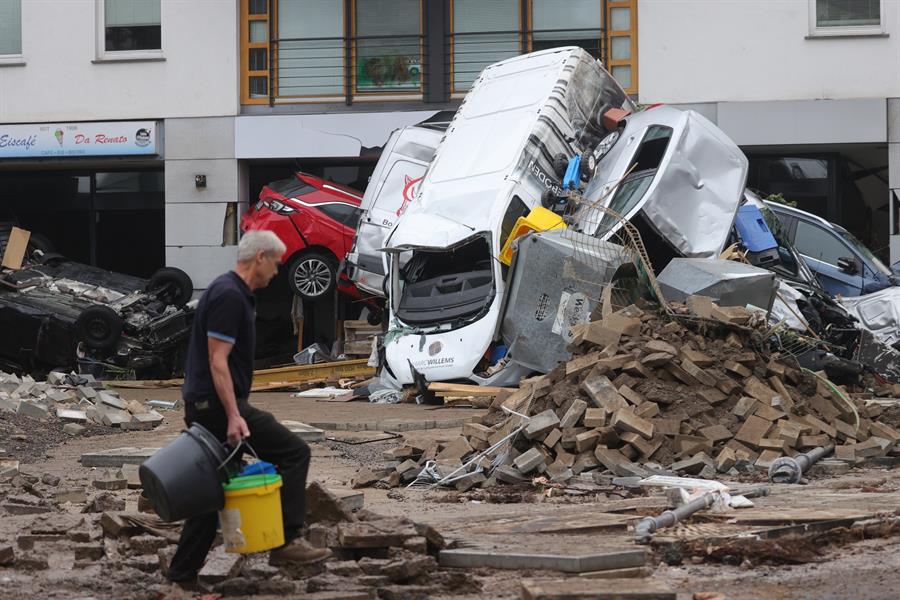 Military troops were sent to the places most affected by the water; estimate is that new bodies will be found in the coming days

The number of deaths in floods and landslides caused by heavy rains in the Germany this Thursday, 15th, continued to rise this Friday, 16th. So far, 103 deaths have been confirmed and more than 1,300 people are still missing. Search teams operate in more than nine districts affected by the waters. The difficulty of accessing some of them causes the government to project confirmation of more deaths in the coming days. According to Defense Ministry Spokesperson Arne Collatz, 850 troops have been deployed to affected regions and all soldiers follow a “military disaster alarm” that allows them to decentralize decisions on how to save people’s lives and help with rescues . One of these rescues took place in the rubble of the city of Cologne, where 55 people were rescued in the rubble of collapsed houses. About 15 are still missing.

In several cities, the water level dropped and the trail of debris, mud and pieces of trees could be seen by anyone passing by on the street. Despite the high number of people reported missing, the prime minister of the state of Rhineland-Palatinate, which has been most affected by the rain, Malu Dreyer, said she does not believe the number is that large. “Yesterday was a very difficult day to take stock, as many left their homes because of the rains,” he said at a press conference. The state has provided a €50 million (about R$120 million) fund to repair short-term damage to roads and other public structures. The country is discussing the possibility of financial aid for the affected families and Chancellor Angela Merkel confirmed that the families will be supported.