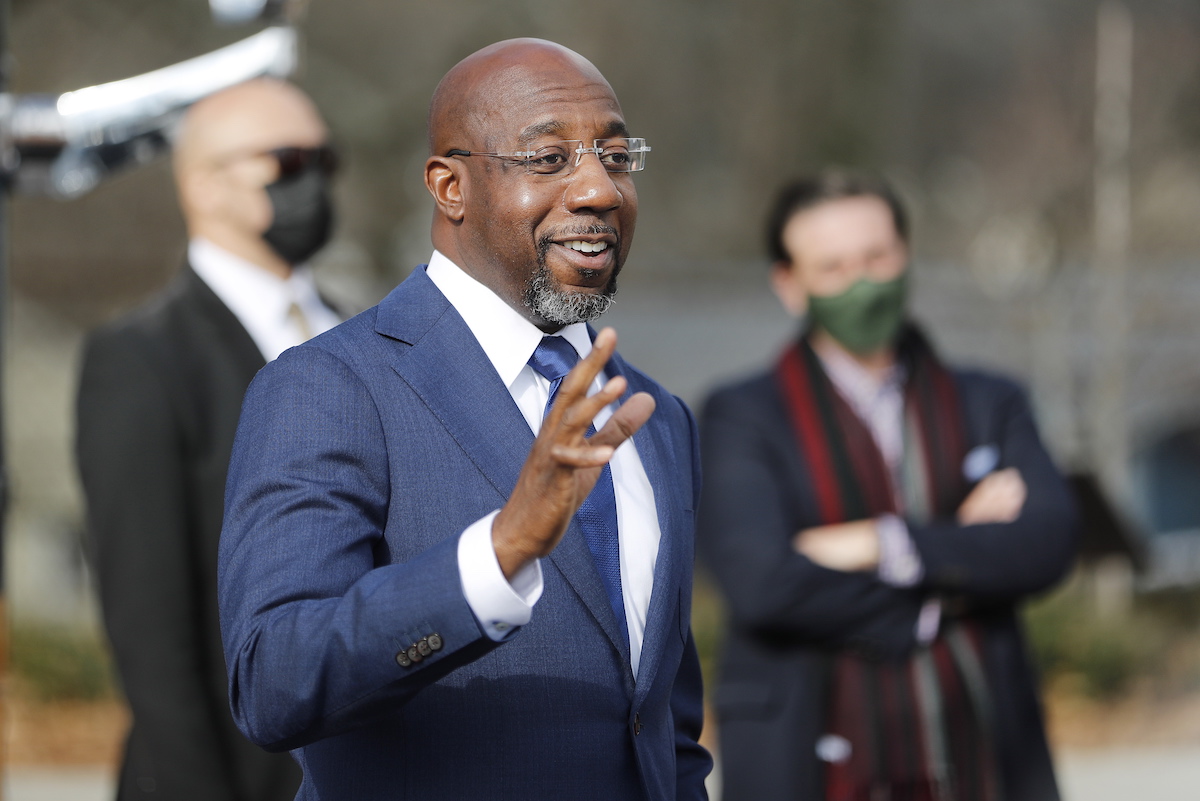 Warnock, whose victory was announced by American television networks CNN, CBS e NBC, is a pastor in the same church where Martin Luther King preached until he was murdered in 1968 in Atlanta, during the civil rights movement of African Americans.

“Tonight, we demonstrated that, with hope, hard work and people on our side, everything is possible“Warnock told supporters in a virtual speech.

The other contending Democrat, Jon Ossoff, was also ahead of the count compared to outgoing Republican Senator David Perdue, when 95% of the vote was counted, according to the Associated Press (AP).

Ossoff, aged 33, could become the youngest Democratic senator since Biden, elected in that state in 1973.

Confirming the election of the two Democrats, Joe Biden’s party would strengthen the victory, being able to gain control of that chamber, in what would be a new setback for incumbent President Donald Trump, who still does not admit defeat in the November 3 elections.

With a double victory in Georgia, Democrats would obtain 50 non-Senate places, like the Republicans.

But, as provided for in the Constitution, future Vice President Kamala Harris would have the power to “tie the tie”, tipping the balance for the Democrats.

Galvanized by Joe Biden’s victory in that conservative southern state, the first since 1992, Democrats have managed to mobilize voters, particularly African Americans, the key to any Democratic victory. More than three million voters were able to vote in advance, representing about 40% of those registered in Georgia, a record number in Senate elections in Georgia.

For the independent website analyst Cook Political Report Dave Wasserman, this election night reminded me of the midterm elections. “That’s what we saw in 2018: many Trump voters just don’t mobilize when Trump is not on the ballot paper, ”he wrote on the social network Twitter.

Also Biden’s former campaign director Rufus Gifford wrote on Twitter: “I never thought we were going to win these elections in Georgia”. “Thank you very much, Donald Trump,” he quipped.

I never ever ever believed we would win these races in Georgia.

Thank you so much Stacey Abrams.

Thank you so much Donald Trump.

Outgoing President Donald Trump is pressure Mike Pence not to certify the vote count of the Electoral College, scheduled for this Wednesday and which will officially decree Joe Biden and Kamala Harris as the new president and vice president of the United States, respectively.

No Twitter, this Tuesday, Trump even argued that Pence could reject what he calls “fraudulent delegates”.

The Vice President has the power to reject fraudulently chosen electors.

Trump believes Pence has the power to delay certification of election results and take the issue of victory to the House of Representatives – or even the Supreme Court.

However, a source close to the vice president said, in statements to CNN, that Pence will “follow the law and the Constitution”, fulfilling what is expected.

On Monday, Trump promised a “hell of a fight” to stay in office, asking Congress not to ratify the Electoral College vote, which confirmed Joe Biden’s victory.

The revelation of Washington Post, already known on social networks as #Georgiagate, in reference to the Watergate case, is causing a political earthquake in the American capital.