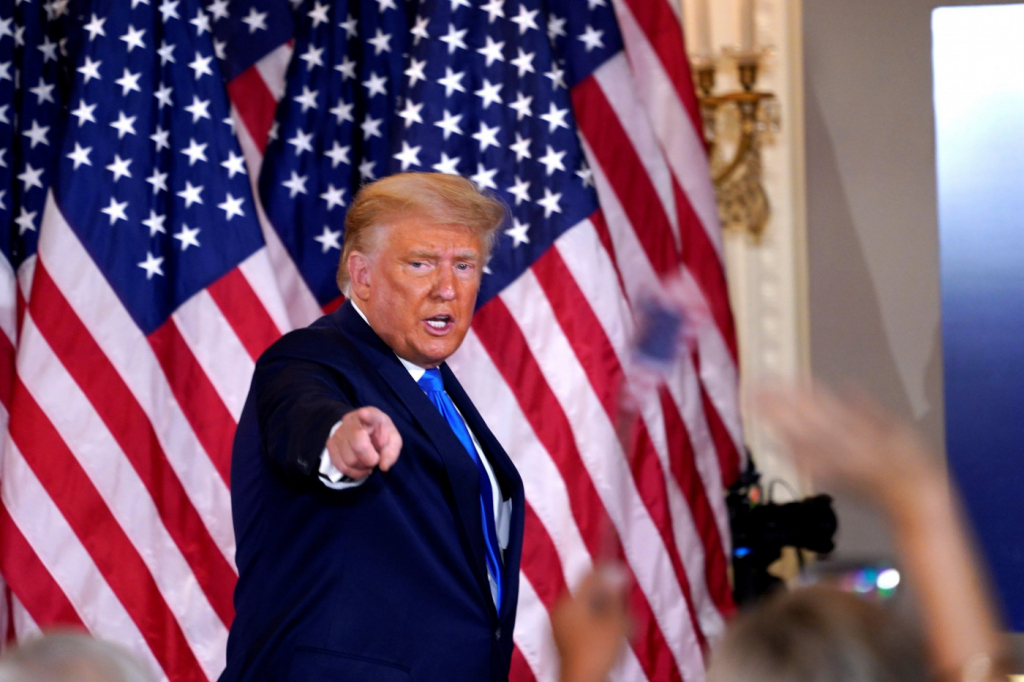 Deputies came to terms with the defense of the former representative; measure would delay the trial, which should now end this Saturday, 13

After having approved the summons of witnesses in the impeachment process of the former president Donald Trump, Democratic deputies reversed the decision after an agreement with the defense of the former president. With that, the process, which would probably be delayed, should end this Saturday, 13. The two parties agreed that a statement published last night by Republican Congresswoman Jaime Herrera Beutler, of moderate line and that was one of the 10 Republican Congressmen who voted in the House of Representatives in favor of impeachment, it will be admitted as evidence.

Beutler gained great importance in the last few hours, after publicly revealing details of a phone call between Trump and Republican leader Kevin McCarthy during the attack on the Capitol on January 6 this year. Herrera Beutler said he knew the content of the call because McCarthy told her. According to the parliamentarian, Trump refused to help lawmakers when a crowd invaded the US Congress. Specifically, according to the deputy, McCarthy tried several times to speak to Trump and, when he finally succeeded, asked him to publicly condemn the attack and ask his followers to stop, which the then president refused. “Well, Kevin, I think these people are more angry about the election than you are,” Trump would have responded to McCarthy.

Parties have no interest in prolonging the process

To dissuade senators from the idea of ​​prolonging the trial, Trump’s lawyer Michael van der Veen said he would need to summon more than 100 depositions. He said he would ask for the testimony of the vice president, Kamala Harris, and provoked mocking laughter by suggesting that he would request that testimonies be collected in person at his office in Philadelphia. None of the parties have any interest in prolonging the case against Trump. In the case of Republicans, the intention is to turn the page on a negative brand for the party and quickly absolve Trump, who maintains influence over the electoral base of the legend. Democrats want to release Congress’ agenda to negotiate the government’s proposed economic relief package Joe Biden to alleviate the consequences of the coronavirus pandemic.

With that, Democrats and the Trump defense are expected to present their final arguments and then vote in favor of the ex-president’s conviction or acquittal. The number of Republicans who have aligned themselves with Democrats in the Senate, in this week’s two impeachment votes, shows that the majority of party senators do not intend to condemn Trump. The prosecution needs 67 votes to convict the former president. The Senate is currently divided between 50 Democratic and 50 Republican senators. That means Democrats need 17 Republican votes against Trump, a far cry from the five opposition votes obtained today and six votes for the constitutionality of the trial, to be voted on last Tuesday.

The Senate heard arguments from the prosecution and defense in the past three days, in a short and unprecedented impeachment process. Trump is the first president to be impeached after leaving the White House. The prosecution – made up of Democratic deputies – argues that Trump’s insistence on the narrative that there was electoral fraud and incitement to violence during the Republican’s presidential years were instrumental in the invasion of the US Congress on the day that parliamentarians were conducting certification. Joe Biden’s victory.

The prosecution presented the senators with videos that mix excerpts from Trump’s speech on the day of the invasion, scenes from the attack on the Capitol and unpublished images from the Congressional security circuit to sensitize senators and create the timeline of events. Democrats also presented testimonies from invaders who said they followed orders from the then president when breaking into the Capitol. Democrats argue that the Republican can again incite civil violence in the country if he is not punished in the impeachment process and prevented from returning to power. Trump’s defense alleges that the impeachment of an out-of-office president is unconstitutional and that the instrument was designed to remove the chief executive, not to lose his political rights.

The lawyers also maintain that the president’s speech on the day of the attack on the Capitol, in which he asked his supporters to “fight like hell” for him, is part of a traditional political speech, protected by the right to free speech, provided for in the First Amendment of the American Constitution. Lawyers argue that Trump cannot be held responsible for the attack on the Capitol and that he is the victim of a witch hunt.