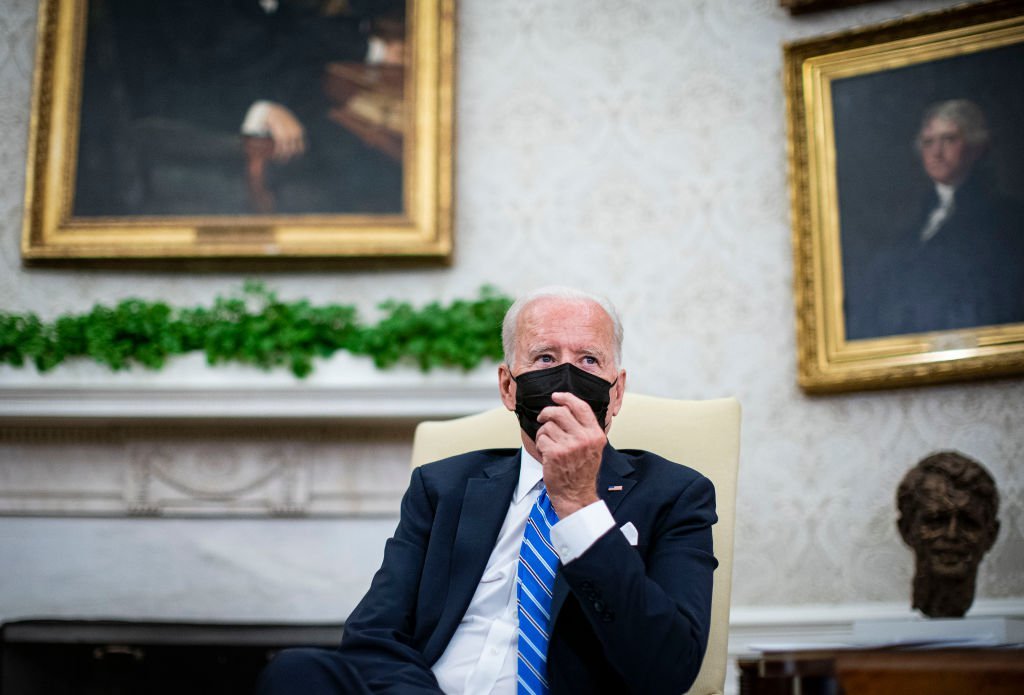 Authorities estimate that more than 10,000 immigrants have crossed the border (Al Drago-Pool/Getty Images)

A Haitian immigrant crisis in Texas followed yesterday scratching the president’s image Joe Biden. US Special Envoy to Haiti Daniel Foote handed over the post in a letter addressed to Secretary of State Antony Blinken. In the message, he says he does not want to be associated with the government’s decision to deport refugees en masse in an “inhumane” and “counterproductive” manner.

“I will not join in the inhumane and counterproductive decision to deport thousands of refugees to Haiti, a country where US authorities are confined to secure complexes because of armed gangs. Our approach remains wrong, my recommendations have been ignored and rejected, if not edited to project a narrative different from mine,” wrote Foote.

This week, the US government intensified the deportation of Haitians arriving seeking asylum. At the end of last week, authorities estimated that more than 10,000 immigrants had crossed the border on the stretch of Rio Grande that separates the cities of Del Rio, Texas, and Ciudad Acuña, in the Mexican state of Coahuila. More than 29,000 Haitians arrived in the US in the last 11 months, according to data from the US Customs and Border Protection (CPB).

Earlier this week, some 15,000 people were sheltering in makeshift camps under the international bridge between Del Rio and Ciudad Acuña, while agents worked to process asylum requests. According to authorities, access to drinking water and food is scarce and hygiene conditions are precarious. The crisis made the American government intensify the number and capacity of deportation flights for Haitians. Since Sunday, an estimated 500 people have been sent back to Haiti – the plan is to dispatch seven flights a day in a mass deportation campaign.

“The people of Haiti, mired in poverty, hostage to terror, kidnappings, robberies and massacres by armed gangs and suffering under a corrupt government, cannot bear the forced return of migrants without food, shelter and money. It is an avoidable human tragedy. The collapsing state is unable to provide security and basic services. More refugees will fuel even more despair and crime,” Foote wrote in the letter.

Amid the pressure caused by immigration, the reaction of the American authorities provoked criticism. On Sunday, cameramen and photographers recorded footage of CPB agents on horseback trying to hunt down refugees. An investigation was opened by the Department of Homeland Security.

After the scandal, Texas Governor Greg Abbott, Republican, sent a fleet of official cars to be lined up for miles, forming a barricade along the border. The “steel wall” was the solution found by the governor – who advocates the construction of a wall on the Texas border – to prevent the crossing of more migrants.

To Estadão, the former representative of the Organization of American States (OAS) in Haiti between 2009 and 2011, Ricardo Seitenfus, called the letter written by the American diplomat as “a historic document” that describes an American policy of nearly two centuries that never contributes to Haitian development.

“Repeatedly, the US has been making the same mistakes in Haiti for years. The results are catastrophic, but much of the country does not see or feel the effects of this policy. This time, the result is showing itself in front of everyone, with images of the police on horseback trying to lasso the Haitians who crossed the border. This contradicts everything that has always been said about Haiti, about the peace missions having been a success,” he said.

In the resignation letter, the former American special envoy also criticized the Biden government for supporting Haiti’s de facto Prime Minister Ariel Henry, indicating that the White House has not learned from the mistakes of previous “interventions”. Recently, a Port-au-Prince prosecutor pointed out a possible connection between Henry and the assassination of former Haitian President Jovenel Moise, even calling for an inquiry to be opened against him. The prime minister removed the prosecutor on the same day.

“The arrogance that makes us believe that we must pick the winner – again – is impressive. This cycle of interventions has produced catastrophic results. Further negative impacts for Haiti will have dire consequences, not just in Haiti, but in the US and the region.” , wrote Foote.

In addition to a foreign policy agenda, Haitian immigrants turned into an internal crisis for the Biden government, which took over the presidency with the promise of more humanitarian treatment of refugees – a clear antagonism to Donald Trump’s speech.

The western scenes involving CPB agents and the decision to deport Haitians en masse and as quickly as possible infuriated the Haitian community and human rights defenders including Democrats. There were protests in Miami, demanding equality in the immigration system, considered racist. Congressmen such as Democratic Rep. Alexandra Ocasio-Cortez of New York also expressed displeasure with Biden’s actions.

While under pressure from allies, the government is trying to respond to the population of border states, especially Texas, who suffer from the immediate effects of disordered immigration. The Texas governor criticized Biden, saying he had to shell out $2 billion to improve border security. “It was the state of Texas that had to make an effort,” he said.

In an attempt to respond to the two sources of pressure, Biden is looking for alternatives to deal with the crisis. Yesterday, White House spokeswoman Jen Psaki announced that the government had ordered the suspension of horse-riding patrols in Del Rio – which had provoked the fiercest criticism from allies and activists. At the same time, in response to groups questioning the government’s ability to protect the territory, the White House has decided to maintain deportation flights despite the dissatisfaction of the progressive base.

This week, US Homeland Security Secretary Alejandro Mayorkas justified some of the government’s measures, such as deportations, by saying that many Haitians were arriving in the country after receiving false information that the border would be open and the government would have granted status of temporary protection. “This government is committed to developing safe, orderly and humane pathways to immigration,” Mayorkas said. “But that’s not the way to do it.”