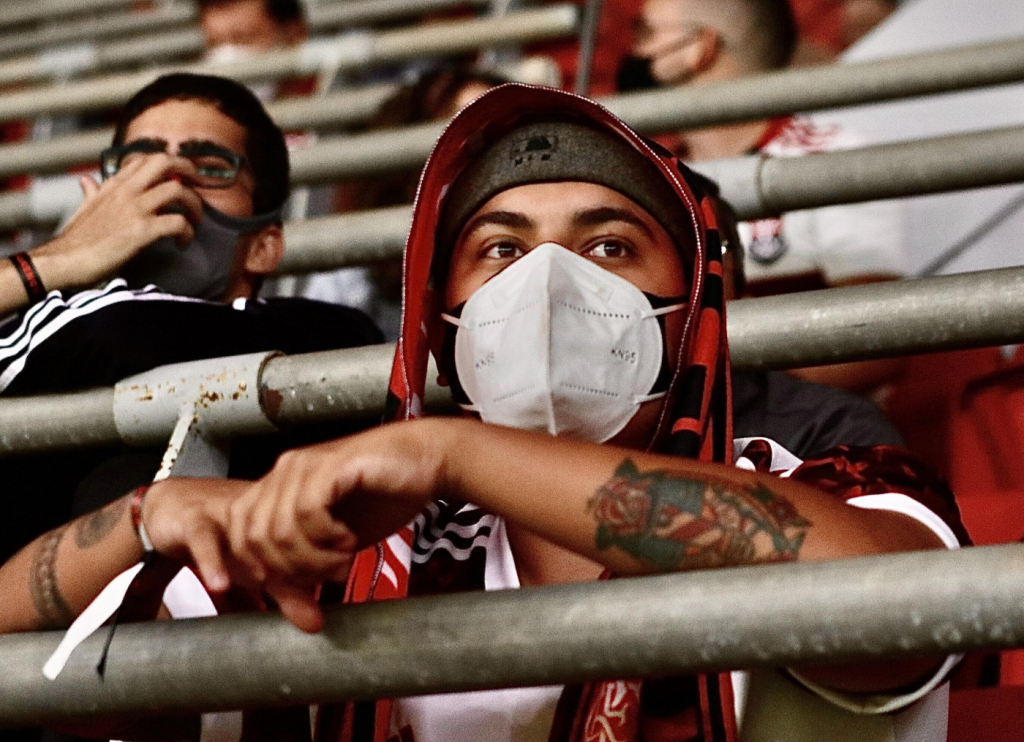 Confirmation took place on the same day that Brasília hosted the first public football game since the beginning of the pandemic; strain is considered the most contagious of Covid-19

On the same day Brasília received the first soccer match with public since the beginning of pandemic, the government of the Federal District (DF) confirmed six cases of Delta variant, identified as the most contagious form of Covid-19. The match this Wednesday, 21, valid for Libertadores, took place between Flamengo and Defensa y Justicia and even had the presence of the President of the Republic, Jair Bolsonaro. Although the new strain is worrying, the Minister of Health, Marcelo Queiroga, defended that the idea is to resume activities in a responsible manner. “As far as I know, the entire public will be tested, only people who have a negative RT-PCR test enter there. It is necessary that we are already able to promote a return to economic activities”, defended the member of government. THE Indian variant was identified after an analysis of 67 exams in the country’s capital. In addition to the six cases already confirmed, health authorities are also investigating four other occurrences in the DF. The secretary of the Civil House of the Federal District government, Gustavo Rocha, said that it is too early to say whether the mutation circulates freely in the country’s capital.

“There are still not enough elements to say if there is community broadcast. After all this information, this testing and analysis, it will be possible to make this disclosure. At the moment, the data we have do not allow us to confirm this”, he stated. This Friday, 23, Brasília will vaccinate young people aged 37 and over. This time, there will be no scheduling, a procedure that was common for the first dose. The local health department informed that to avoid queues and crowds, there will be nearly 100 health posts. vaccination, twice as much as currently adopted. In general, there are many criticisms of the pace of immunization in the DF, which even with a small population is behind several Brazilian states. The justification is that the local government chose to reserve the second dose for all those vaccinated. However, the Public Ministry is investigating possible irregularities and the practice of “skipping”. The agency also questions the recent inclusion of almost 30,000 military personnel from the Armed forces on the priority list.

Amidst the advance of vaccination, the minister Marcelo Queiroga confirmed that the federal government withdrew from buying 20 million doses of Covaxin and 10 million from Sputnik V. He explained that the country already has more than 600 million doses of contracted vaccines, while the immunizing agents of the two companies do not even have authorization from the National Health Surveillance Agency (Anvisa). “Today there is what is called a vaccine sommelier, people go out choosing ‘that post has that vaccine, that one has another one’. Imagine those that come within a very restrictive context, with 21 Anvisa conditionals, as it will be”, he said, noting that governors and mayors, however, will not be prohibited from buying the compounds on their own, as long as they follow the agency’s rules regulatory. According to the governor of Piauí, Wellington Dias, of the Northeast Consortium, met this Thursday with representatives of Sputnik V. However, with the decision of the federal government not to purchase more immunizing agents, the negotiation by the States was postponed.

*With information from the reporter Luciana Verdolin