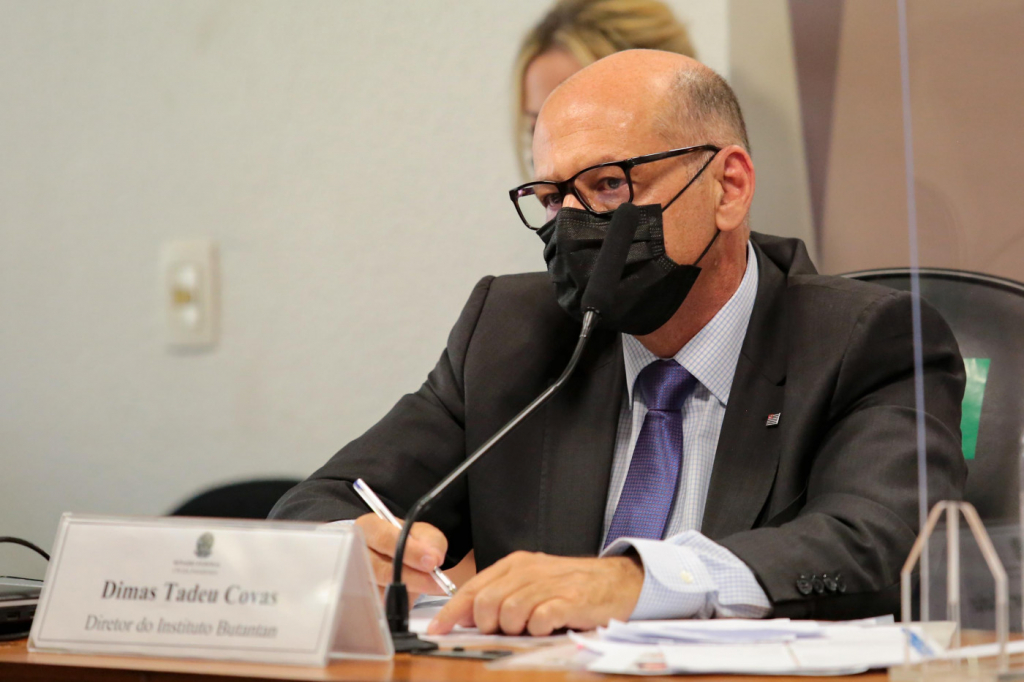 At the session of CPI to Covid-19 this Thursday, the 27th, senator Eduardo Girão (We can-CE) questioned the CEO of the Butantan Institute, Dimas Covas, on the effectiveness of CoronaVac in the elderly. Girão used as an example the death of the sambista Nelson Sergeant, 96, who passed away this Thursday. The artist was enrolled at the National Cancer Institute (INCA) since 2005, when he was diagnosed with prostate cancer. But, after feeling bad with a condition of “dehydration, anorexia and a significant drop in general condition”, Nelson Sargento was admitted to INCA and tested positive for Covid-19. The samba dancer from Rio de Janeiro, however, had already received two doses of the vaccine against the disease. The senator also cited the case of the former president José Sarney that, according to columnist Ricardo Noblat, from Metropoliseseven after taking both doses of the immunizer, it did not produce antibodies. “In reality, 98% is the index of antibody induction in elderly people. Therefore, it is not 100%. Elderly people have a biological phenomenon called immunosenescence. Older people respond less to antibody production than younger individuals. That is why it is not 100% seroconversion ”, explained Dimas Covas.

“The vaccine is not an absolute protection, it is not a shield against the disease, nor is it a shield against mortality. It is a relative protection. People’s individual factors come in, comorbidities, various factors. First, the vaccine does not protect against infection. It protects against clinical manifestations, especially the most serious ones. The 100% data refer to the phase 3 study that was carried out. That study was 100%, that is, no individual in the study group that was formed by health professionals died. Obviously, real-world studies are not 100%, we know that ”, clarified the director. “The person who gets vaccinated is relatively protected, but has the individual factors that come in if he eventually catches the infection, and these factors are preponderant, including, for determining the severity,” he said. Dimas Covas added that there will be people who will not respond to the vaccination.