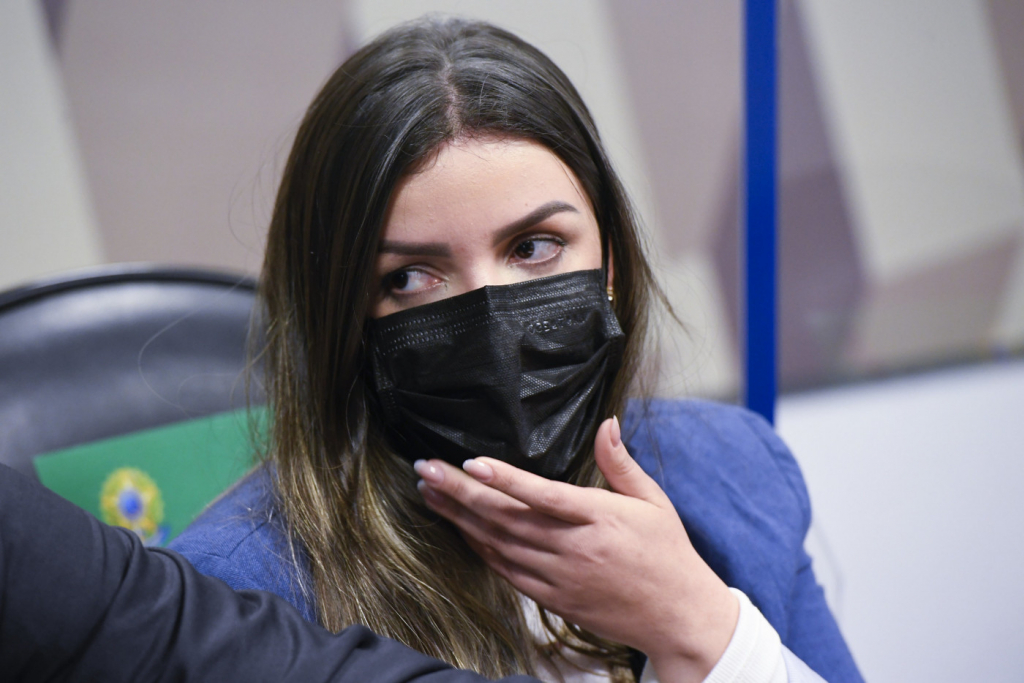 In testimony to Covid-19’s CPI, Emanuela Medrades said that the document was sent to the Ministry of Health on March 22; in a press conference, Planalto admitted receipt four days before

In your testimony to CPI to Covid-19, the technical director of Need Medicines Emanuela Medrades presented a version that contradicts the information presented by the president’s government Jair Bolsonaro at a press conference on June 23rd. To senators, the company employee who brokered the purchase of 20 million doses of the vaccine Covaxin, stated, this Wednesday, the 14th, that the first invoice (invoice) was sent to the Ministry of Health on March 22nd. On June 23, however, on the eve of the testimony of the brothers Luis Ricardo Miranda, head of Imports at the Ministry of Health, and Luis Miranda (DEM-DF), federal deputy, to the commission, the minister of the General Secretariat of the Presidency, Onyx Lorenzoni, and the former executive secretary of the folder Elcio Franco Filho they said the government received the document on March 18 and 19.

The version presented at the end of June by the government coincides with the information presented to the CPI of Covid-19 by Luis Ricardo Miranda and by the technical consultant of the Ministry of Health Willian Amorim Santana – both said they had contact with the invoice on March 18 . This Wednesday, however, Emanuela Medrades stated that they lied, challenged the two witnesses to prove their versions and accepted a confrontation in the commission, a procedure that must be carried out, according to the president of the collegiate, Omar Aziz (PSD-AM ). At the beginning of the session, however, the committee’s rapporteur, Renan Calheiros (MDB-AL), showed a video in which Emanuela claims, on March 23, at a Senate hearing, that he sent the invoice to the federal government “on Thursday last Friday”, that is, on the 18th of March.

In his testimony, Emanuela Medrades denied that there were irregularities in the purchase of Covaxin – the contract for the acquisition of the immunizing agent is in the sights of the CPI of Covid-19, of the Federal Comptroller General (CGU), of the Federal Court of Accounts (TCU) , the Federal Police (PF) and the Federal Public Ministry (MPF). The agreement was suspended by the Minister of Health, Marcelo Queiroga. “When a contract is suspended, the first to be notified is the contracting party. Then, needs were informed that the contract was suspended. Need needed to find out the reasons for the suspension. Otherwise, you will have a very big loss. You spent days working in India. There is an investment to bring vaccines to Brazil. How does Precise not know why it was suspended? I said that Queiroga [ministro da Saúde] was going to suspend and cancel. It’s just a short time to get to that, it’s going to hurt Need. Did they suspend the contract without any justification for the company?”, asked the president of the CPI. “They didn’t provide any plausible justification and we are aware that there are no irregularities”, countered Emanuela.

To the CPI, Emanuela also denied that Need had offered Covaxin to the federal government in the amount of US$ 10 per dose. However, a document sent by the Ministry of Health to the commission shows that, at a meeting in November 2020, the immunizing agent was offered at ten dollars. In the contract signed between União and Bharat Biotech, each dose would cost US$ 15. “This meeting memory was unilateral, made by the Ministry of Health and that we, part of the meeting, had no opportunity to read, sign or validate what was written. I can guarantee that there was no offer of 10 dollars per dose and we were always trying to make this product cheaper for Brazil”, said the director of the company.