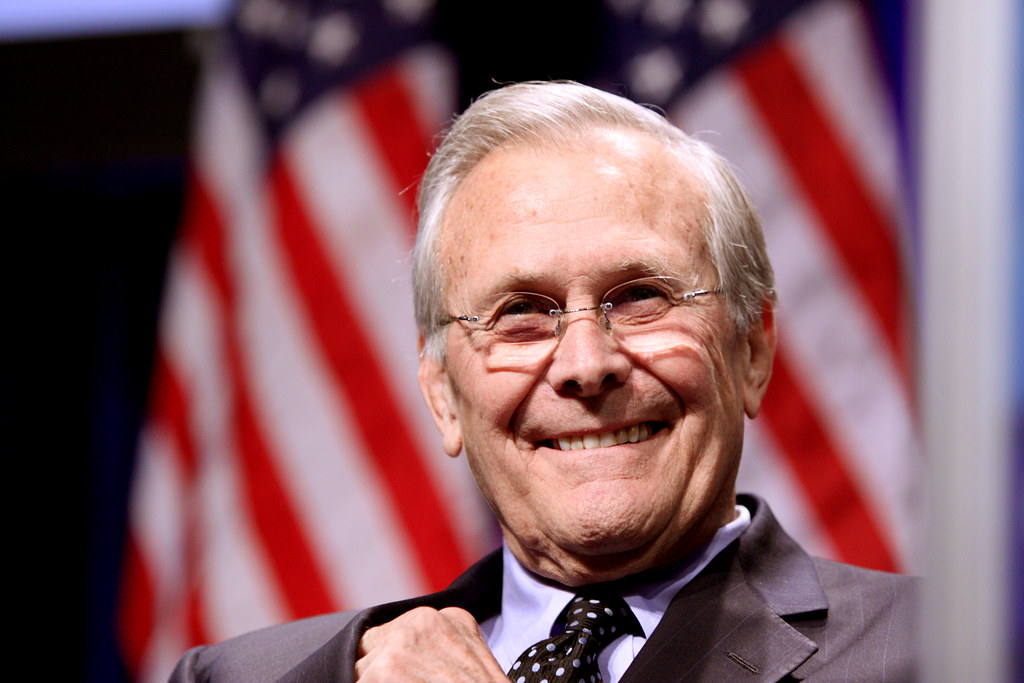 Former US Secretary of Defense Donald Rumsfeld, who led the Pentagon during the George W. Bush administration, has died. He is considered the architect of the wars in Iraq and Afghanistan.

“History may remember him for his extraordinary feats during six decades of public service, but those who knew him best will remember his unflagging love for his wife, Joyce, for his family and friends, and the integrity of a life dedicated to the country”, said his family in a statement, quoted by the AFP agency.

George W. Bush expressed his feelings for the death of Rumsfeld, whom he remembered as “a man of intelligence, integrity and almost inexhaustible energy”, who “never paled in the face of difficult decisions”. “United States is safer” thanks to Donald Rumsfeld, Bush said in a statement.

“We are in mourning for an exemplary employee, a very good man“added the former president of the United States.

Donald Rumsfeld foi the youngest and the second oldest US Secretary of Defense. In his first stint at the US Department of Defense, from 1975 to 1977, during the Ford administration, he was one of the mentors of Cold War strategy two United States.

Considered the architect of the wars in Iraq and Afghanistan, Rumsfeld led the Pentagon in rexposed to the attacks of September 11, 2001. The Republican politician was in the building when one of the hijacked planes crashed into the Pentagon, headquarters of the US Department of Defense.

It was Rumsfeld to then lead the attacks on Afghanistan from the end of 2001, putting an end to the Taliban regime that dominated the country, and also one of the strong names of the Bush administration, with Dick Cheney, defending the need for an invasion of Iraq in 2003 — a war won in record time and “no boots on the ground”, but which is to this day one of the most controversial pages in US history.

Also controversial is Rumsfeld’s involvement in controversial practices of torture of prisoners suspected of terrorism in Guantanamo, Cuba, and the Abu Ghraib prison in Baghdad, who received widespread condemnation from the international community.

And it was the latter that apparently worried the former Secretary of State.

Also for the story is the moment when Donald Rumsfeld comes out in public admitting to the world that after all, after years of searching for the mythical weapons of mass destruction in Iraq, “it had not been possible to find them“. A tremendous incompetence, the kind that only happens when a State is, still and despite everything, a democracy.