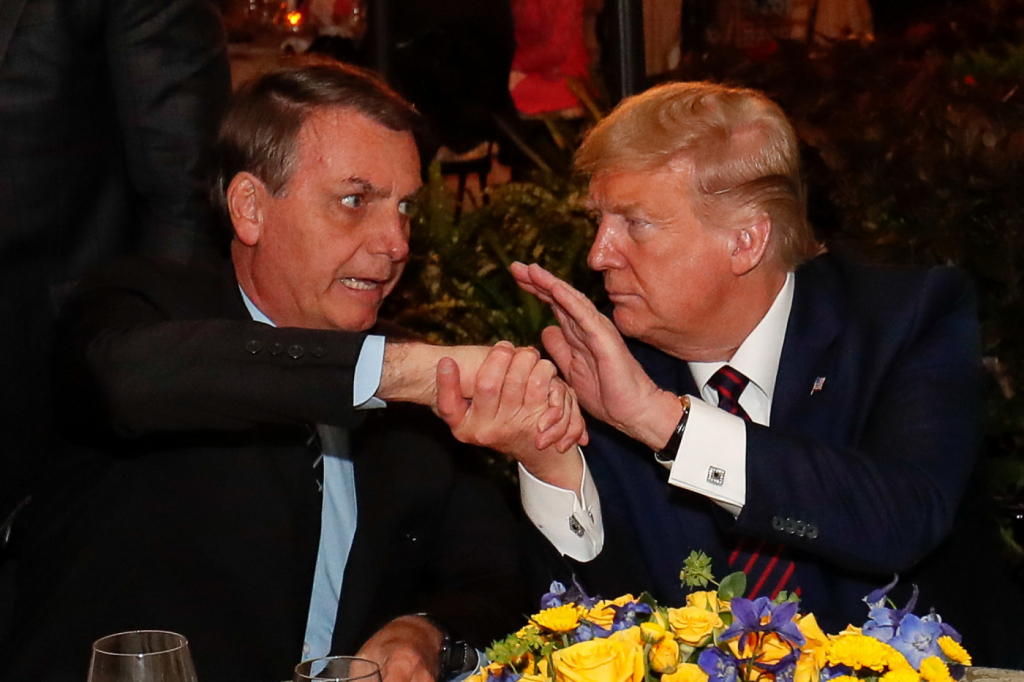 Republican was cheered after speeches about the Brazilian president: ‘I hope he’s okay’

The former president of USA, Donald Trump, said this Sunday, 12, that he loves the president Jair Bolsonaro, declared an admirer and supporter of the republican. During comments at a boxing event in Florida, the politician praised the “hard work” done by the Brazilian. “I love the president of Brazil, I have to say. Is he your son [Eduardo Bolsonaro] they’re great people, and he works hard, works so hard helping people. I hope he’s okay,” said Trump, who was cheered by the Brazilians who were there to follow the fights, including the Brazilian Vitor Belfort against Evander Holyfield, which ended with a victory for Brazil. President Jair Bolsonaro has declared admiration for Donald Trump several times. He even went so far as to say that he was rooting for the Republican to win the 2020 elections, which ended up consecrating Joe Biden to the presidency of the United States. After the defeat, the Brazilian president said that he would “be linked” to Trump and questioned the outcome of the election.