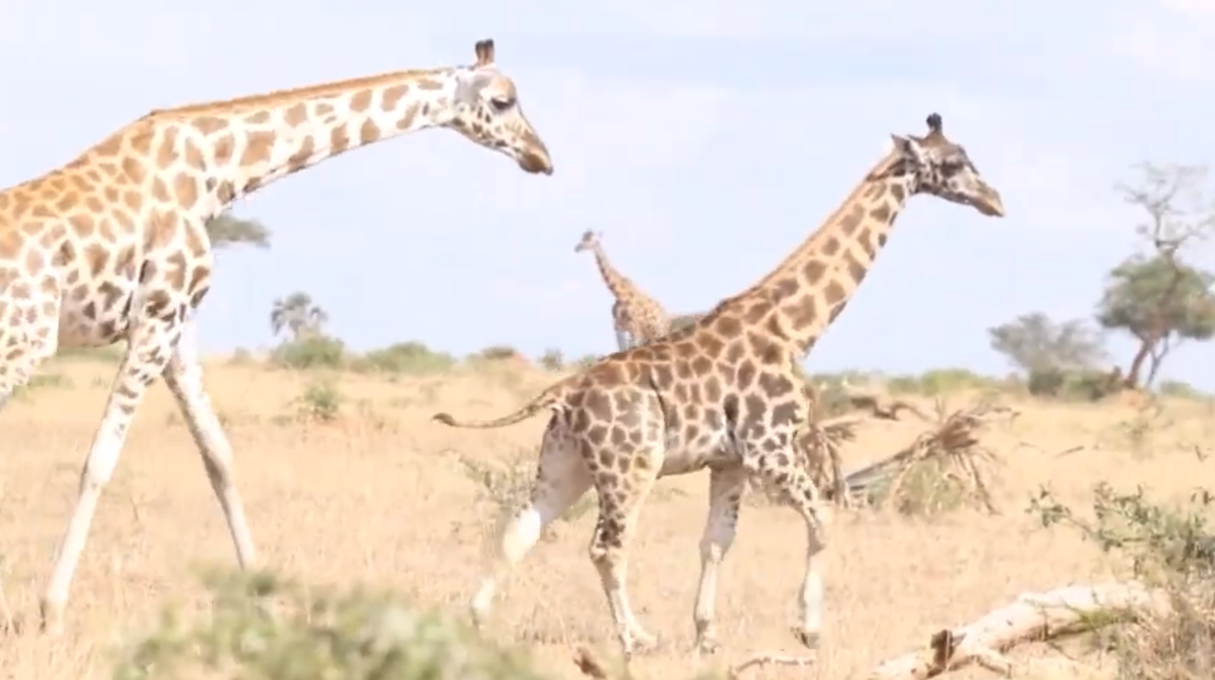 A team of researchers detected, for the first time, dwarf giraffes in the wild. According to biologists, the condition appears to be very rare.

While conducting a photographic survey of the giraffe population in Uganda’s Murchison Falls National Park, a group of researchers detected something unusual. One of the wild giraffes looked a little different from the others, with noticeably shorter legs, despite having what appeared to be a subadult body size.

Then, while doing similar work in Namibia, they spotted a second giraffe with similar morphological abnormalities.

Giraffe calves fully mature between three and six years of age and this second giraffe is believed to have been born in 2014, which means that this individual it should be the length of an adult’s legs.

Scientists believe that both giraffes are affected by a condition similar to skeletal dysplasia – a generic term for diseases that affect limb length, including stunting.

Measuring a giraffe’s height is not easy for a comparatively small human with a measuring tape. In addition, it is important that data collection is not invasive, as interrupting these animals can have negative consequences on their behavior or survival.

To overcome this, a method for measuring elephants called photogrammetry. The technique uses a laser rangefinder to measure the distance between the features of interest. By measuring the distance between the digital pixels in the photo and comparing them to the actual size of the focal feature, they can provide accurate measurements of photographs of large animals, including giraffes.

By comparing these morphometric data, the scientists were able to establish that the two giraffes that looked abnormally small did indeed have heights significantly different from the average of each giraffe population.

The giraffe in Uganda had a phalanx – lower leg segment – about the same length as other giraffes, but this part of the Namibian giraffe’s leg was significantly shorter, each measuring 21.2 centimeters and 15.8 centimeters, respectively. Both had metacarpal and radial measurements below average.

On the other hand, the Ugandan giraffe made up for part of its short stature with a neck that was a little bit longer than that of a subadult giraffe, with almost 1.5 meters compared to the normal 1.4 meters. In this respect, the Namibian giraffe was once again below average.

According to the researchers, this is the first time that this type of skeletal dysplasia has been reported in wild giraffes – and the phenomenon also does not appear to have been witnessed in any animal in captivity.

It is difficult to deduce how common it is in nature from photographic research. However, the fact that scientists have been unable to find any members of the scientific community and zoos who have already seen these conditions in giraffes indicates that it is probably very rare.

But why did these two animals not develop the long legs characteristic of giraffes? “It is difficult to say with certainty, but we speculate that these skeletal dysplasias may be associated with some genetic disorder, since the appearance of skeletal dysplasias is usually rooted in molecular etiologies ”, said Michael B Brown, a conservation biologist at the Giraffe Conservation Foundation, speaking to IFLScience.

This study was published in December in the scientific journal BMC Research Notes.