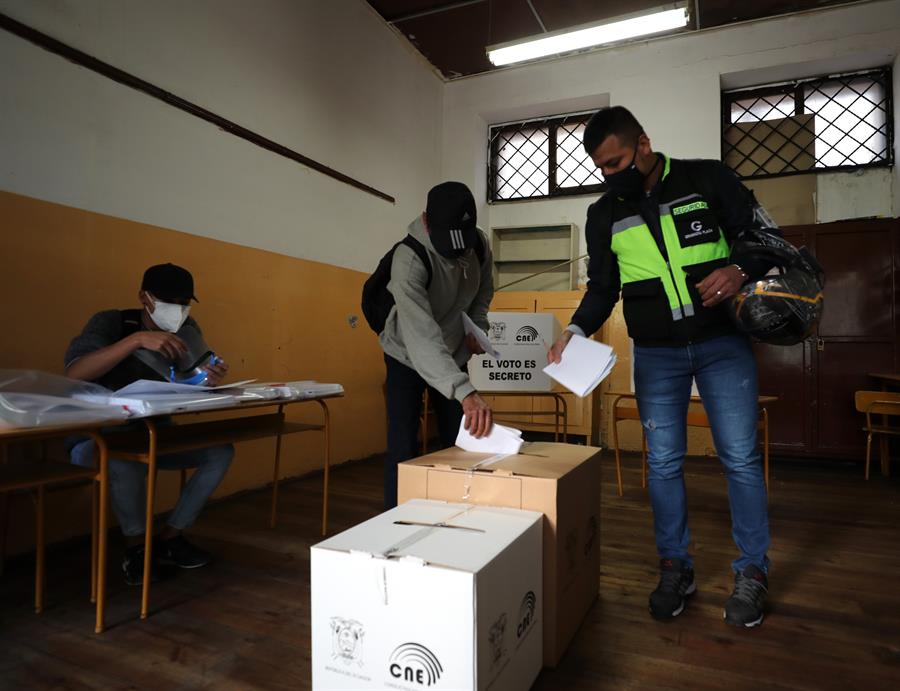 According to local inquiries, the candidate of the left, Andrés Arauz, started as a favorite

EFE / José Jácome – 02/07/21Since May 2017, the occupant of the position has been Lenín Moreno; having low popularity, he chose not to run for re-election

The elections started, this Sunday, 7, in the Ecuador. The country is the first Latin American to go to the polls in 2021, amid the pandemic of Covid-19. More than 13 million voters are called to the polls to choose their president and vice president, in addition to 137 members of the National Assembly and five representatives of the Andean Parliament. According to the newspaper Trade, the candidate of Correísmo (left movement), Andres Arauz, starts as a favorite. This is what the most recent research points out.

Then comes the conservative Guillermo Lasso, which competes for the third time. And then, the indigenous and environmental representative Yaku perez. Since May 2017, the holder of the position is Lenin Moreno. Having low popularity, he chose not to run for re-election. The country faces the challenge of guaranteeing the face-to-face modality of mandatory voting for residents between 18 and 65 years old and optional between 16 and 18 years old and over 65 years old.