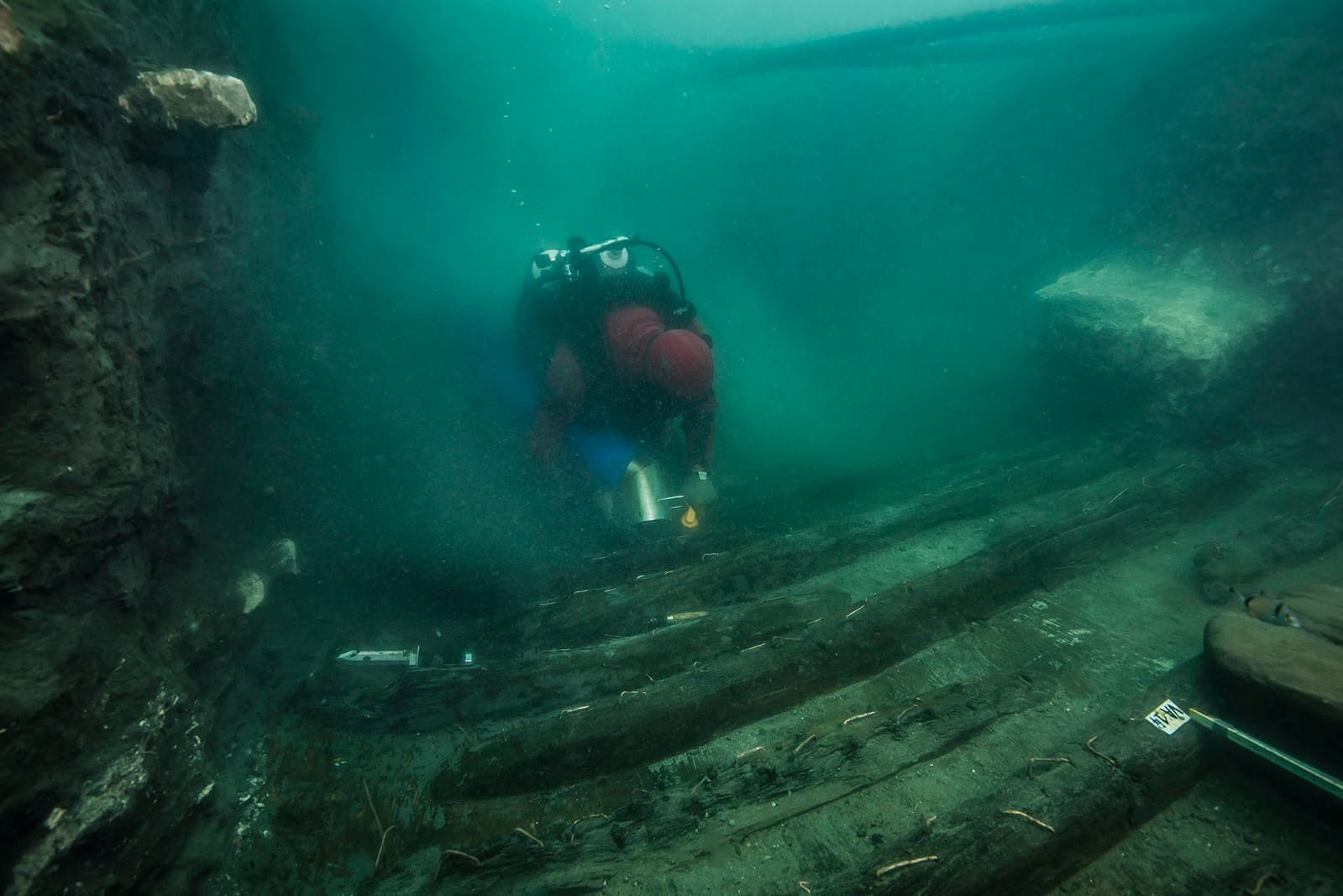 Remains of ancient military ship discovered off the coast of Alexandria, Egypt. (Disclosure/Reuters)

divers found rare wreckage of a military ship in the ancient sunken city of Thônis-Heracleion –once the largest port in the Egypt in the Mediterranean– and a funeral complex that illustrates the presence of Greek merchants, the country said on Monday.

The city, which controlled the entrance to Egypt at the mouth of a western branch of the Nile, dominated the region for centuries before the founding of Alexandria by Alexander the Great in 331 BC.

Destroyed and sunk along with a vast area of ​​the delta of the Nile Through several earthquakes and tsunamis, Thônis-Heracleion was rediscovered in 2001 in Abu Qir Bay, near Alexandria, now Egypt’s second largest city.

The military ship, discovered by an Egyptian and French mission led by the European Institute of Underwater Archeology (IEASM), sank when the famous temple of Amun, to which it was moored, collapsed in the second century BC.

A preliminary study shows that the hull of the 25-metre flat-bottomed ship, with oars and a large sail, was built using classical tradition and also had features of ancient Egyptian constructions, the Egyptian Ministry of Tourism and Antiquities said.

In another part of the city, the mission uncovered the wreckage of a large Greek burial site, dating back to the early years of the fourth century BC, he said.