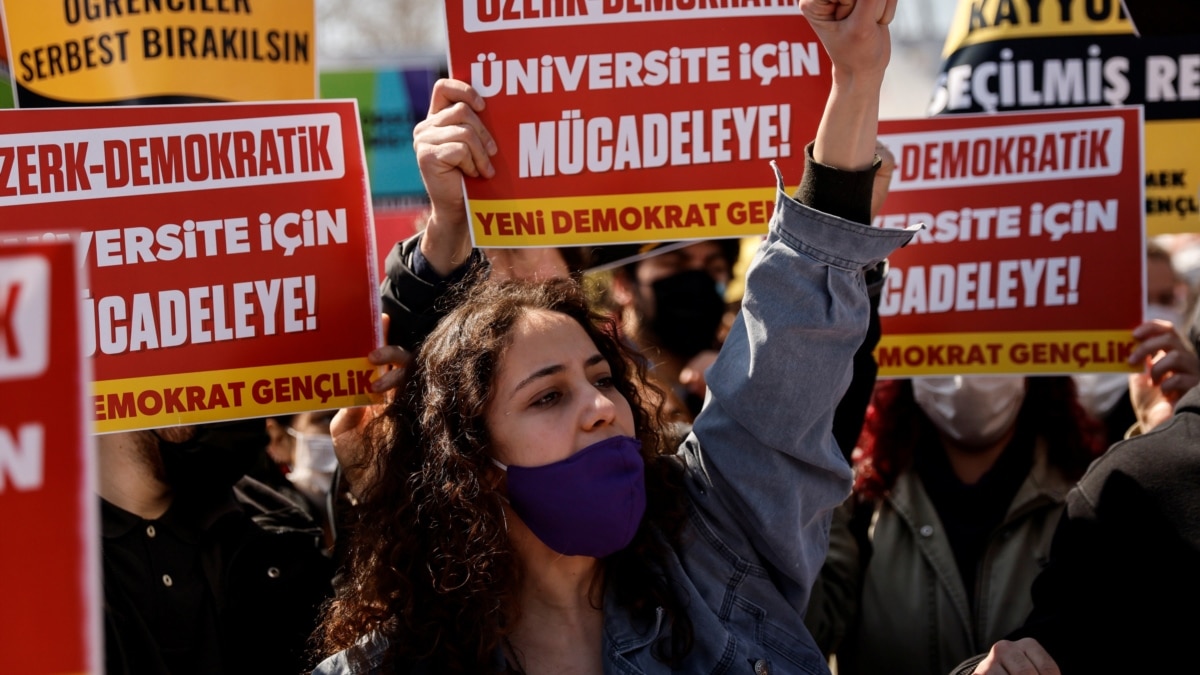 Turkish President Recep Tayyip Erdogan has made an unusual concession. He ousted the rector of Bozic University, which he had appointed, after months of protests.

Both the professors and the students protested against the appointment of a controversial figure as the rector of Istanbul’s leading liberal academy. Protesters applauded the announcement of President Erdogan’s dismissal of Melih Bulu at midnight.

For more than half a year, Bozic University professors have been protesting daily. According to the established tradition, the university used to elect the rector himself.

“This is the result of six and a half months of resistance, and it is extremely important because it sets an example for the whole country. If you protest peacefully and purposefully, you will finally succeed,” said Ken Kandan, a professor at Bozic University.

The protest rallies held at the university, police have repeatedly dispersed the use of violence. Many students and professors were arrested during the rallies. At the time of the arrest, the government was organizing raids through heavily armed anti-terrorist police units.

The ongoing search and arrest operations in Istanbul have been condemned both inside and outside the country. The United States has repeatedly criticized the incident.

Teaching at the University of Bozic is in English and the University has close cooperation with the United States. The university is considered to be one of the leading higher education institutions in Turkey and generally has a reputation for establishing liberal, independent thinking among students, says Professor Seda Altug.

“His removal has long been aimed at creating a liberal environment, with liberal teaching by professors, liberal student activities and a completely liberal atmosphere, and because many controversial and taboo topics in Turkey are discussed here freely and without violence,” he said.

So far, President Erdogan has not commented on the removal of the rector. All that is known is that he had previously met with representatives of Turkish higher education to discuss the ongoing rallies at Bozic University.

The university believes that by winning this one fight, the problem is not over. The persecution of professors in the country is still ongoing. “The struggle continues. His retreat does not mean that we will be able to elect our own rector. However, it is a great success for Armarto Bozic, but also for other higher education institutions,” said Professor Kandan.