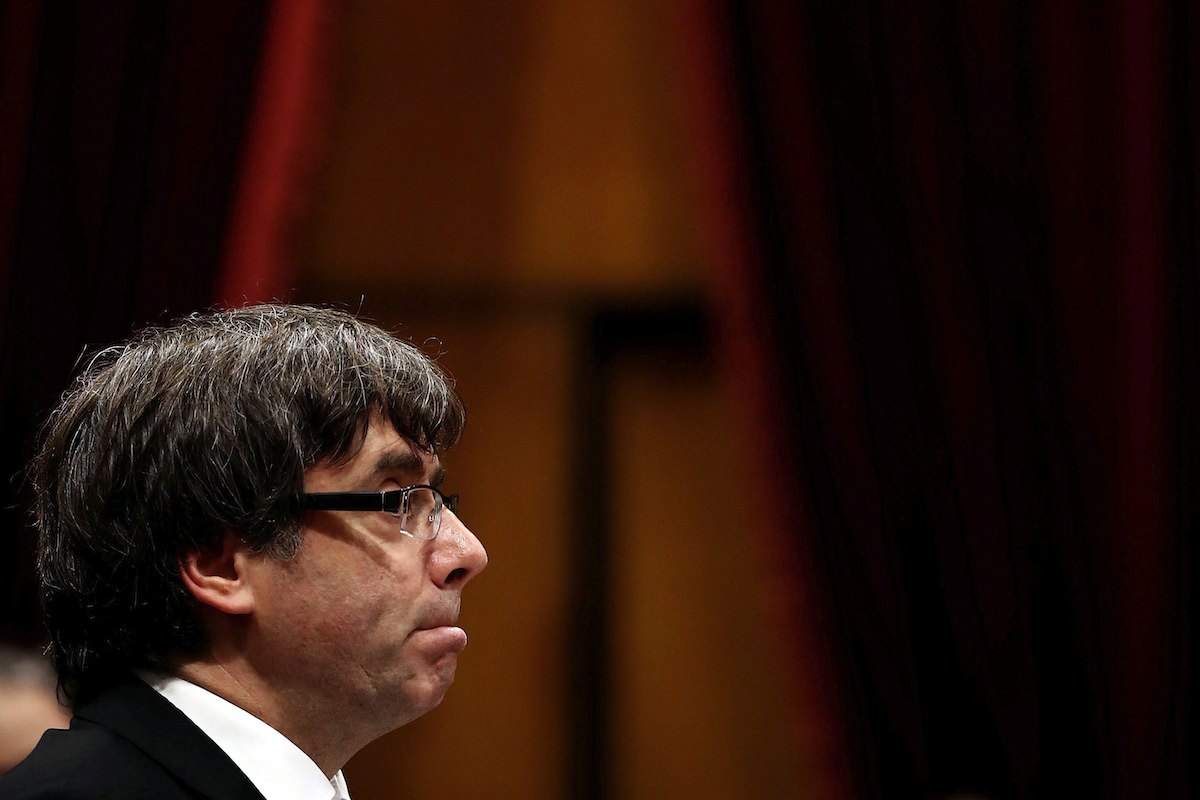 The President of the Generalitat de Catalunya, Carles Puigdemont

This Friday, the Court of Justice of the European Union withdrew the parliamentary immunity to the former president of the regional government of Catalonia, Carles Puigdemont, and also to the Catalan MEPs Toni Comín and Clara Ponsatí.

In the judgment handed down this Friday, the Court of Justice of the European Union revoked the provisional decision that had been adopted on June 2, by temporarily granting the three MEPs to parliamentary immunity.

The previous decision had been due to the appeal that the three MEPs of the JxCAT party had presented against the decision of the European Parliament.

The judges of the court based in Luxembourg thus rejected the request for provisional measures that the three Catalan MEPs had presented on 26 May.

At the time, the three MEPs requested that the approval of the petition be suspended because it allowed “any Member State and the United Kingdom to interrupt or restrict the movements and hand them over to the authorities Spanish “.

According to the Spanish agency EFE, in the ruling on Friday, the vice president of the Court of Justice of the European Union said that the suspension of the petition can be adopted if “its concession is justified” and “it is urgent”.

However, the vice president of the court considered that “the deputies have failed to demonstrate that there is a requirement of urgency, since, in the current situation, the serious and irreparable damage they invoke cannot be qualified as true or credited with sufficient degree of probability“.

Specifically, the court argued that “the immunity that protects deputies during travel to the place of Parliament meeting or when they return to it remains legally intact” and “consequently, they can travel to attend meetings”.

According to EFE, the decision excluded that Puigdemont, Comín and Ponsatí “may validly invoke (…) the existence of serious and irreparable damage” and “a supposed risk of being detained, particularly in France, on the occasion of any displacement to participate in a parliamentary session in Strasbourg”.

The Court of Justice of the European Union also stated that the three Catalan MEPs “have not shown” that “the your delivery to the Spanish authorities and their subsequent placement in pre-trial detention were predictable with a sufficient degree of probability, in particular with regard to the State where they reside: Belgium”.

In this regard, the court took into account, when making the decision, that “the Belgian judicial authorities denied the execution” of the (European) order against former Catalan adviser Lluis Puig, who fled to Belgium in 2017 together with Puigdemont and Comín .

The judgment handed down today recalls that, after the Belgian justice refused to surrender Puig, the Supreme Court submitted a decision to the Court of Justice of the European Union, questioning under what criteria an EU member state can refuse to execute a European order, “until that the issue is not resolved”.

Thus, “while the Court of Justice has not ruled on the Puig, Gordi and others case, there is nothing to consider that the Belgian judicial authorities or authorities of another Member State can execute European arrest orders against the deputies and deliver them. them to the Spanish authorities”.

It is recalled that, at the end of June, the Spanish Government approved a pardon to nine Catalan independence leaders, as a gesture to open a new stage of dialogue which is expected to put an end to the Catalan crisis.