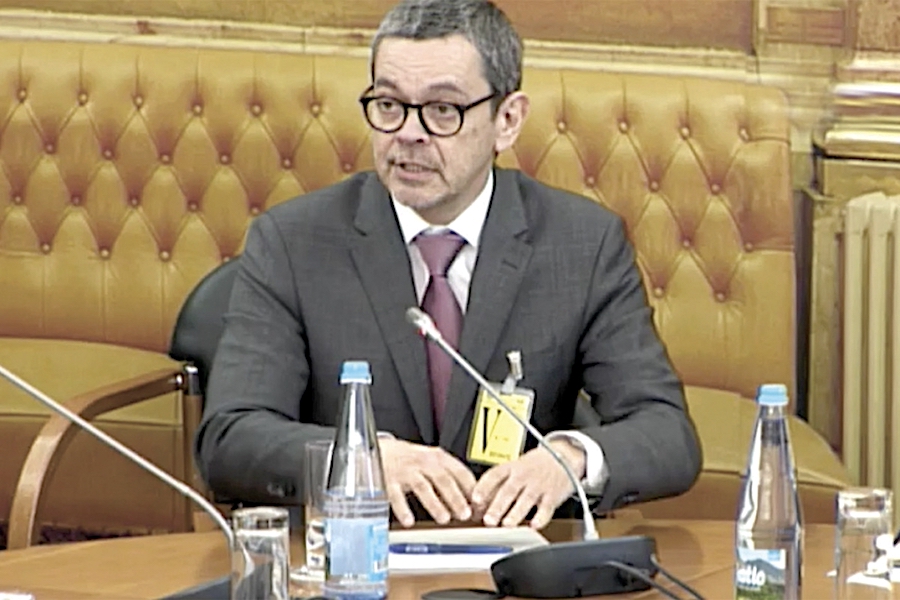 Ana Carla Almeida considers the court’s decision as “legally inappropriate” and announced this Tuesday that she will appeal.

The General Court of the European Union (TGUE) rejected the request presented by Ana Carla Almeida for the annulment of the appointment of the European Public Prosecutor Jose Guerra, but the magistrate announced this Tuesday that she will appeal the decision to the higher court.

“I will appeal to the Court of Justice, which is the Supreme and Constitutional Court of the European Union, from which I confidently await the analysis of the substance of the matter, that is, the illegitimacy of the procedure of the Portuguese Government, which cannot have failed to violate the decision of the Council of the European Union as illegal”, he said in a statement.

Portuguese magistrate José Guerra was appointed by the Government after being selected in the first place by the Superior Council of the Public Ministry, but after a European committee of experts considered him to be best candidate for the post Ana Carla Almeida.

The Government has since been at the center of a controversy, especially for having broadcast wrong data in a note to the EU Council attached to José Guerra’s résumé, even though the structure has already corroborated the Portuguese executive’s position that the “lapses” related to the proposal for the appointment of the magistrate to European prosecutor did not interfere with the decision of his appointment.

The order of July 8 by the TGUE states that the period for appeal, which began to run from the date of publication of the contested decision in the Official Journal of the European Union, that is, on July 29, 2020, “ended on 23 July October 2020″, which is why the “appellant’s appeal on February 5, 2021 it’s untimely” and “inadmissible”.

“As the General Court concluded that the appeal was untimely, there is no longer any need to hear about the incidental request, nor the request for measures to organize the process or the request for expedited processing, since, in these circumstances, they lack purpose. Under these conditions, also there is no need to assess admissibility of the offers of supplementary evidence submitted by the appellant on April 30 and May 4, 2021, respectively”, refers to the same order of the TGUE.

In reaction, Ana Carla Almeida considered that the decision of the TGUE to consider the request for annulment of the appointment of the European Portuguese prosecutor to be extemporaneous, as it was presented after the deadline, is “legally misfit”.

“The General Court does not judge the substance of the matter, that is, the intervention of the Portuguese Government in the choice of the Portuguese nationality prosecutor, which in my view seriously harms the independence and reputation of the newly created European Public Prosecutor’s Office and chooses to decide through of a previous question”, underlined the magistrate.

The action requesting the annulment of the appointment “could never have been introduced earlier”, added Ana Carla Almeida, alleging that only after the end of that period did she have “knowledge of the letter from the Portuguese Government pressing the Council to choose the appointed attorney, an unreasonable letter, with serious errors relevant to the decision taken”.

“The General Court, surprisingly, completely disregarded this fact, of supervening knowledge and decisive for my decision to file an appeal. Did it, as I said, without even evaluating the relevance of the letter in question for the action filed”, said Ana Carla Almeida, for whom “the effective jurisdictional protection” of her rights was called into question.

“I respect the decision of the General Court, in this instance, but for the reasons mentioned I will not abide by it, as I am with it in deep disagreement”, concludes the magistrate’s statement.

The European Public Prosecutor’s Office will function as an independent and highly specialized Public Prosecutor’s Office and its function is to investigate, prosecute and prepare the indictment against those who commit crimes that harm the EU budget, including fraud in obtaining subsidies and other financial or related support with VAT, corruption and money laundering.