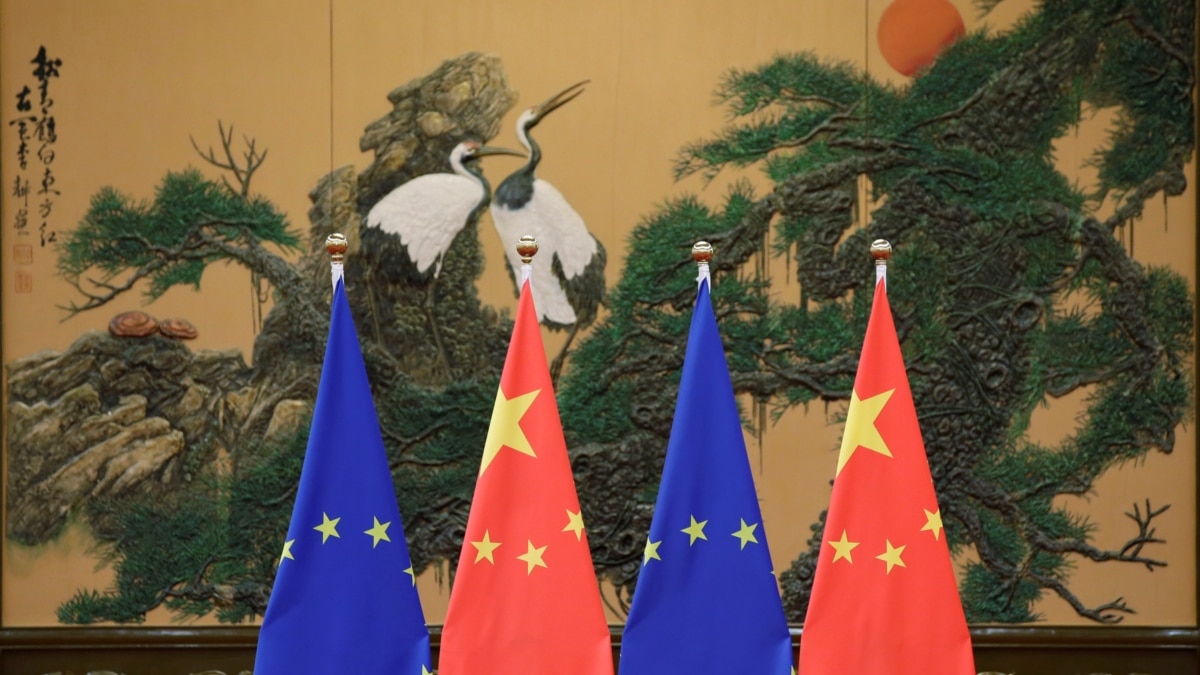 The growing influence of China in the world has been a matter of particular concern to Western countries and the transatlantic community in recent years. Chinese capital has also gained a foothold in many areas of the European economy, although while the risks of Chinese investment in strategic infrastructure are clear in some cases, analysts say, there are many areas where the threat is not directly apparent but more caution is needed. Europe is now looking for the right balance between economic openness and national security.

Connecting the economies of Asia, Europe and Africa by roads, railways or power plants – since the Chinese president announced the Belt & Road initiative in 2013, the concept has even become an undisputed part of Beijing’s foreign policy … After America and Canada, Chinese capital And its associated geopolitical or strategic risks were actively discussed by European states.

Even Europe’s most open and technologically advanced countries no longer view cooperation with China in terms of globalization and economic openness, and evaluate the effectiveness of their systems against potential risks.

“After the eurozone crisis, we have gone through several phases of Chinese investment and response. “There is no doubt that China now faces a more skeptical political environment, more focused legal and regulatory mechanisms on the part of European countries,” Small said in a recent study by the German Marshall Fund.

Chinese investment in Europe has been differently aggressive at different stages. The target of investment would also change, be it solid infrastructure, bridges, roads, tunnels, or electricity, and the digital, high-tech fields. In recent years, leading European countries have paid much more attention to how this or that investment is verified.

A representative of the Norwegian Ministry of Defense also speaks about the change of attitudes in Europe. Askvik Orhan says that knowledge and attention is growing in European countries about the impact of these investments and infrastructure.

“We have gone through this process on ‘fifth generation’ communications and a few other incidents in Norway. It is true that Russia is also trying to invest in infrastructure, but the main movement in this area is still from China. “The existing more naive approach has changed. I can not say that we have fully matured in this regard at this stage, but the focus and attention, the inter-agency cooperation has really improved to deal with this problem,” Orhan said.

China’s interest and investment in European countries increased especially during the eurozone crisis, in 2008-2011, including in Italy and Greece. The signing of the Belt & Road initiative was an official step, but neither a start nor a peak.

Analysts also say that while in some cases the perception of critical infrastructure is clear, Chinese investment will still find its way into areas that at first glance do not pose a threat to the country’s security, but at some point or in other factors may be risky. Whether it is leased port terminals, airports or other near European military bases. When it comes to electricity and digital infrastructure, there is a growing perception in countries that this is critical infrastructure and that it is unacceptable to influence them. The energy sector and innovative companies are usually the ones that attract the Chinese capital the most.

In 2019, Italy became the first European country to become a member of the Big Seven, which officially joined the Belt & Road initiative. However, the influx of Chinese capital into Europe began much earlier.

Dario Christian, a senior fellow at the German Marshall Fund, says China has been particularly interested in the region for the past twenty years. One reason for this is that the Mediterranean is an important element of its geo-economic calculations.

“However, interest and investment in European countries increased, especially during the eurozone crisis, in 2008-2011, including in Italy and Greece. The signing of the Belt & Road initiative was an official step, but not the beginning or the peak,” Christian said.

Threats are also being discussed from the highest tribunes of the European Union and NATO. New, stricter mechanisms for monitoring investment in the eurozone have been put in place, and some of them have even been successfully blocked. Analysts believe that there is a need to discuss more specifically what could become a risky investment in terms of the country’s security when it comes to Chinese capital.

Maraika Ohlberg, a senior fellow at the German Marshall Fund Foundation’s Asia Program, says the perception of Chinese capital in Europe has changed significantly, although there are many problem areas.

“It is true that we are clearly learning a lot about how to deal with Chinese investment, but I think there are still some areas, the so-called Blind points, especially in terms of solid infrastructure, which I think we need to look at more closely, and we have not done that yet. “China’s strategies are changing and evolving, and we need to keep up with that,” he said.

Although the number of Chinese investments in Europe has declined in recent years, countries are still trying to find a cautious balance between the principle of economic openness and national security issues.