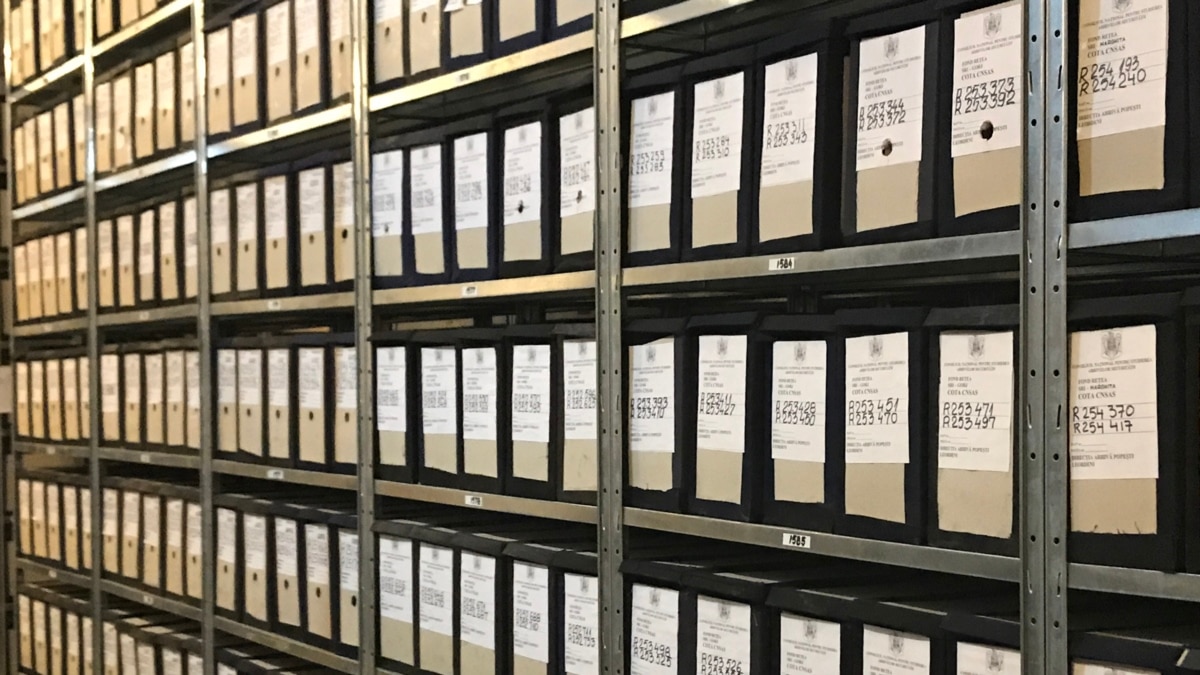 The contents of telephone conversations, correspondence on social networks, meetings, political sentiments – all this was probably collected and archived by SUS over the years.

The authenticity of the files has not been verified. Neither the State Security Service nor any other official agency has commented on the matter. Neither public response Patriarchate In a hurry. Office of the State Inspector to launch an investigation Asks Ombudsman Believes, That the dissemination of such records is an extremely gross violation of human rights and a gross interference with a person’s private life.

The leaked records are voluminous, and if they are verified, it will also prove that the State Security Service has been monitoring and listening to not only journalists, politicians, and public officials, but also high-ranking clerics for years. At the moment, the authenticity of the meetings and conversations described in the records is confirmed by journalists. Much of the communication between media representatives and clerics (from the materials currently being studied) deals with everyday, less important topics – journalists and producers invite guests to shows, agree on interviews, clarify information. A much more important and interesting part of the recordings is the political sentiments of the clergy, including high-ranking hierarchs, and their involvement in government. Much of the material is devoted to their sexual orientation and connections outside and inside the church.

Records are sorted by different marks: references, sexual relations, travel stories, telephone conversations, personal correspondence on social networks, meeting details. The leaked recordings are fragments of material collected over the years, and if they are true, it turns out that the Georgian Dream has been monitoring and collecting compromising information about members of the Patriarchate and clergy since the first years of coming to power.

What we learn from the records about the bishops

A significant portion of the records describe the political sentiments of the bishops. It turns out that, for example, the Metropolitan of Ryus-Urbnisi, Jobs Giorgi Gakharia, did not like the resignation of the Prime Minister. “There was one bright spot in the Georgian Dream and it resigned.“- The bishop told the Archimandrite of his own diocese, Stephen Corinthian, probably in a telephone conversation.

It is clear from the records that Bishop Iakob Iakobishvili of Bodbe is satisfied with the second premiere of Irakli Gharibashvili.

“Frequent attacks on the church will stop and everything will be sorted out” – The bishop tells the priest of the Vake Trinity Cathedral, Mikael Tsulukidze, and adds that he positively characterized Gharibashvili in Brussels as “with foreigners.”

Metropolitan of Batumi and Lazeti Dimitri Shiolashvili considered the resignation of Giorgi Gakharia as a “replay”. Ilia II’s nephew told Sidonia Darchia, the director of the boarding school in his diocese: “Do you remember what Bidzina predicted, he will form a new party and will appear as an opposition.”

The monks of the Davit Gareji Monastery are not kind to Giorgi Gakharia – Archimandrite Kirioni, who is one of the key witnesses in the “Cartographers’ Case”, thinks that Gakharia is his and Bishop of Bodbeli “He was cursed.”

How the clergy interfere in the management of the state

It is clear from the records that on the one hand, the State Security Service listens to all the clergy, and on the other hand, the bishops force public officials to make decisions that are acceptable to them.

For example, in one of the records we read: “Metropolitan of Alaverdi Davit Makharadze, while talking to the Chairman of the Committee on Regional Policy and Self-Government, Sozar Subari, Member of Parliament of Georgia, negatively assessed the personality of MP Dimitri Khundadze.” The Bishop of Alaverdi does not like the statements made by Dimitri Khundadze about the general plan of Mtskheta. Dimitri Khundadze does not like Sozar Subari either – he promises Davit Makharadze that he will meet with Mtskheta Majoritarian MP together with Vice Prime Minister Maia Tskitishvili, Tea Tsulukiani and other members of parliament in the near future, “To finally put an end to the misunderstanding related to the above topic.”

The architecture of the Namakhvani HPP protest is also clear from the records – the organizers of the rally against the HPP agree in detail with their decisions to Bishop Stefane Kalaijishvili. Bishop Stefane of Tsageri and Lentekhi, who also heads the Diocese of Chkondidi, agrees to meet with Economy Minister Natia Turnava in February 2021. Stefane Kalaijishvili asks Varlam Goletiani’s father, who is a priest in his diocese, to “rest” his son until he meets with the minister. The movement against Namakhvani HPP is supported by Skhalta Bishop Spiridon Abuladze, who believes that “this area should not be occupied by the Turks” and also by Marneuli Bishop Giorgi Jamdelani, who promised “full support” to the HPP opponents in February 2021.

Tensions erupted between opponents of Namakhvani HPP and Kutaisi Metropolitan Ioane Gamrekeli, who stripped Varlam Goletiani of the right to chant at the Bagrati Temple for participating in protests, and told clergy in his diocese that if he took part in the protests, he would not be a priest. Proponent of homophobic and conservative ideas in Namakhvani HPP protests “Georgian Idea” The chairman, Levan Chachua thinks that “People who go against the Georgian people, including the high priest, should not be spared.”

Levan Chachua, one of the activists involved in the protests against Namakhvani HPP, Zurab Meskhi, said in a telephone conversation in February 2021 that “It is necessary to plan large-scale rallies once a month to remind the authorities of their unity.” According to him, the money for fuel should be distributed to those activists who are ready to spontaneously protest against any attempt by Enka to resume work in the gorge.

According to records released during the Namakhvani protest, the SUS listened not only to activists and clerics, but also to scholars, including Tea Godoladze, Nino Chkhobadze, members of non-governmental organizations, the Green Alternative and the Young Lawyers’ Association.

The activity of the clergy in connection with the investigation of the “cartographers’ case” is also obvious. Archimandrite Kirion of David Gareji Lavra regularly talks about this topic with the Metropolitan of Mestia and Upper Svaneti Ilarion Kitiashvili. Both are unhappy that the arrested cartographers have been released on bail. . Alaverdi Metropolitan Davit Makharadze is also dissatisfied with the release of Iveri Melashvili and Natalia Ilychova after 4 months of pre-trial detention. He shares with director Goga Khaindrava his frustration with the court ruling – for his part, Goga Khaindrava says he plans to make a documentary about the monasteries founded by 13 Assyrian fathers in Georgia in the near future, where much time will be devoted to the David Gareji complex.

Dimitri Lortkipanidze, head of the Primakov Center for Georgian-Russian Relations, was also satisfied with the initial stage of the investigation into the case. Dimitri Lortkipanidze considers the “cartographers’ case” a possibility for Mikheil Saakashvili and Ivane Merabishvili to be tried, after which “the stage of final destruction of the UNM party will finally begin in Georgia, which will be manifested by storming the house of party leaders and burning party offices.”

According to another recording, Dimitri Lortkipanidze tells Dimitri Kartlelishvili, Chief Specialist of the Cartography Division of the Ministry of Defense, who tells him how Iveri Melashvili, a resident of the Desert Village, is being threatened with physical retribution, that he has ”.

Again, about the records

The website, which currently includes thousands of files, is working with interruptions in Georgia – its use with the help of vpn is possible without any problems.

Due to the large amount of information it is impossible to say whether the content of the site has been updated since it became public. Nor is it possible to say exactly who or how many people are behind it.

The content on the site is probably the result of several years of work of the various departments of the State Security Service and the Ministry of Internal Affairs – in addition to the Orthodox Church, we also find records of clergy of other denominations. There is a separate list of clerics who may be politically active in the pre-election period. There is also a list of LGBT-themed organizations and a list of those who will work with the public on May 17 to stir up homophobic sentiment.

The state has detailed the incomes, property, strengths and weaknesses of the bishops. These descriptions also include individuals with whom the clergy had sexual relations and information about crimes committed in the past.

To date, this is arguably the largest-scale release of files prepared by the special services – it was only in 2021 that the media gained similar records allegedly prepared by SUS about school principals, journalists and members of the ruling party.