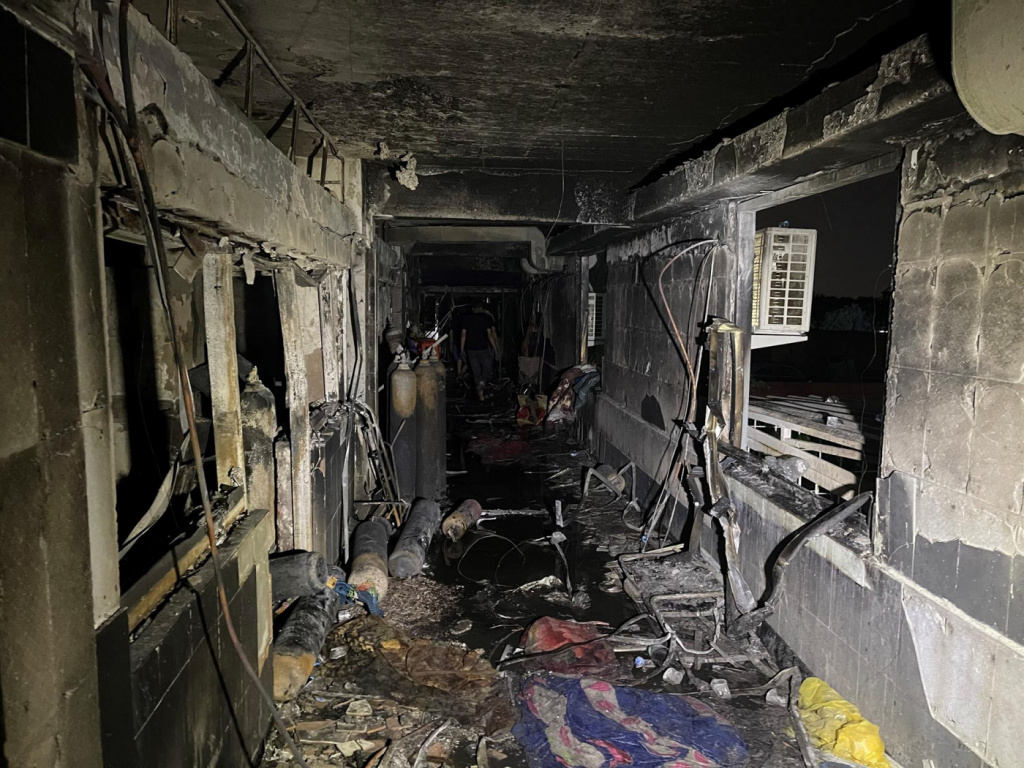 Dozens of people who live close to the institution helped to remove the victims, mostly elderly and who used respirators

EFE / EPA / MURTAJA LATEEFMore than 20 firefighters managed to extinguish the flames, according to the Civil Defense, which reported that about 90 patients were rescued

At least 60 people died in the early hours of Sunday, 25, in an explosion of oxygen cylinders at Al Khatib hospital, intended exclusively for the treatment of people with Covid-19, which is located in the southeast of Baghdad, the capital of the Iraq. A source from the country’s Ministry of Interior informed the Efe Agency, on condition of anonymity, that the cause of death of the victims was “suffocation”, after the explosion caused a big fire in the 120-bed medical center. Iraqi authorities have yet to release an official death count. The Iraqi state news agency “INA” said that, according to initial investigations, the fire may have been caused not only by the explosion of oxygen cylinders in poor condition, but also by a short circuit on the second floor of the hospital . More than 20 firefighters managed to extinguish the flames, according to the Civil Defense, which reported in a statement that about 90 patients were rescued.

Dozens of people who live near the hospital helped evacuate the victims, mostly elderly and who used respirators. Iraq’s public human rights commission asked the government to take responsibility for the episode and demanded the resignation of the minister of health, recalling the deficiencies in the country’s system, especially in the midst of the pandemic. Iraqi Prime Minister Mustafa al Kazemi has ordered an “immediate investigation” of the explosion. Iraq is one of the Arab countries in the Middle East that has registered the most contagions through Covid-19 since the beginning of the pandemic, with around 1.18 million, according to the World Health Organization (WHO). The number of total deaths exceeds 15 thousand.