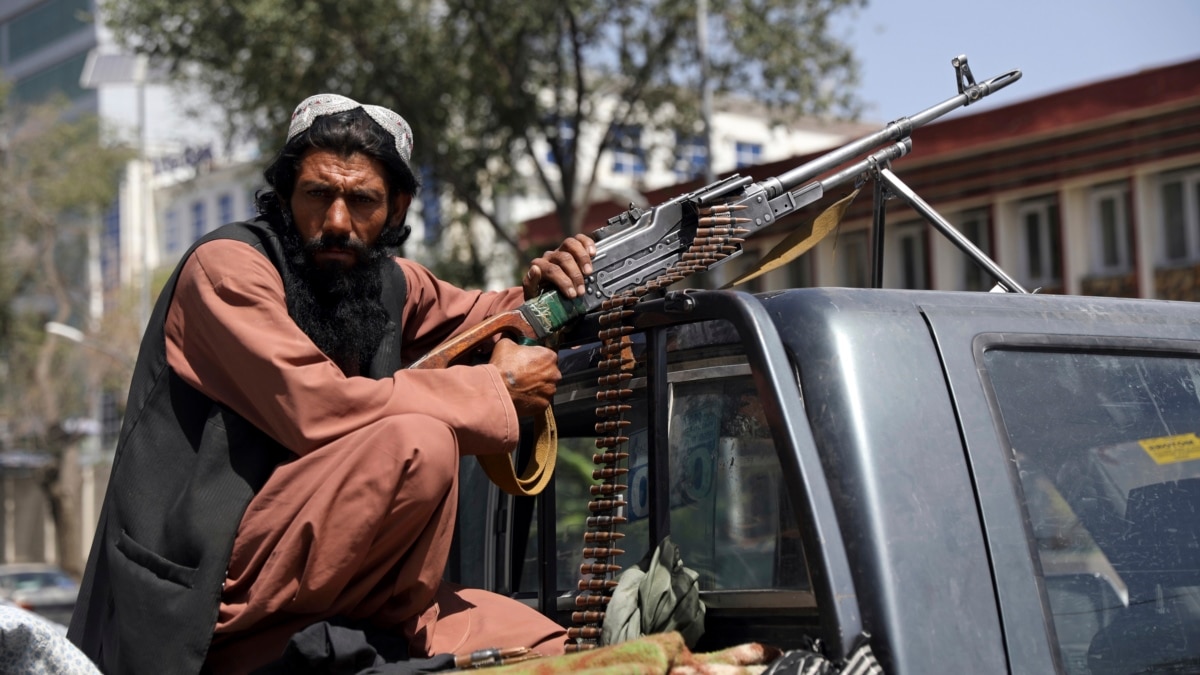 Khalil al-Rahman Hakan has been identified by the United States as a terrorist and has been rewarded with $ 5 million for providing information on his whereabouts or whereabouts. The reward, which was previously imposed for such covert information, is now being devalued as the location of the terrorist Hakan is already known to everyone.

“Our 2,500 troops were never enough to win the war in favor of the Afghan government immediately, but it was enough to keep the Taliban out of power, and now they are in power.”

Within a week of the capture of Kabul by the Taliban, the terrorist was moving freely in the Afghan capital, and moreover, he is now responsible for the security of Kabul.

Hakan, who has his own clan, has close ties to both the Taliban and al-Qaeda, which is recognized by the United States as a terrorist organization. “Most likely, they will not sever these ties,” a senior British intelligence official told VOA, speaking on condition of anonymity. Another British diplomat, Ivor Roberts, says that Hackan’s appointment is the same as “entrusting the chicken to Melia”.

Some experts fear that America’s 20-year-old plan to eradicate terrorism from Afghanistan is slowly falling apart. “On the 20th anniversary of 9/11, the Taliban have more control over the territory of Afghanistan than they did before the 9/11 attacks. “This shows the complete failure of the American approach to Afghanistan.”

The Taliban took Kabul on 15 August. Since then, thousands of Afghans and foreign nationals have flocked to Kabul airport to leave the country. According to reports, 7 people died on the first day alone, and a total of 20 people were killed in an attempt to flee the country in 8 days. Among them were those who failed to board the plane and hijacked an American military plane from the outside, then crashed from the ship after takeoff. “They are not fools, they are desperate people,” Kofi said of Afghans who want to flee the country and are doing everything they can to do so.

“On the 20th anniversary of 9/11, the Taliban have more control over a large area of ​​Afghanistan than they did before the 9/11 attacks. “This shows the complete failure of the American approach to Afghanistan.”

Luke Coffey believes that the Biden administration’s decision to evacuate from Afghanistan to Kabul airport is wrong. In his view, Bagram Air Base would be a strategically more profitable place.

“If America had taken the evacuation of these people seriously, if they had approached the issue professionally and properly, then they would have left the Bagram air base open. The Bagram base is easy to protect, thousands of people can be accommodated in the buildings there, it has two exits and most importantly there are two different roads that connect Kabul and the Bagram base. Instead, a coalition of the United States and our allies is using Kabul Airport, which is in the middle of the city and has a small building with only one exit. [აეროპორტს] It has mountains on one side and uncontrolled settlements on the other. “So this is not an ideal place to evacuate.”

With the exception of Kabul airport, the Taliban control almost all of Afghanistan. Arguably the only place the Taliban have not yet taken over is Panjshir province, where a resistance movement is forming. The area there is now controlled by Ahmad Masood, son of Ahmad Shah Masood. The latter has been declared a Greek hero against the Soviet occupation of Afghanistan. His son is at the head of the anti-Taliban movement. “We want to make it clear to the Taliban that progress can only be made through negotiations,” Massoud said. Despite this statement, Massoud has made clear his position that he will not be afraid of military resistance if necessary.

Luke Coffey believes that Masoud’s words and plans are accountable because it is a matter of “dignity” for him. His father fought first against the Soviet occupation and then against the Taliban in the 1990s, and is a form of resistance and struggle for Afghans. And now his 32-year-old son continues on his father’s path, so he does not give up easily. However, many details about this resistance are not known. Due to the scarcity of media and the chaos in Afghanistan, obtaining reliable information is quite complicated.

“The focus of this administration is now on evacuating as soon as possible and safely those who meet the withdrawal requirements. “Long-term plans should include better relations with Central Asian countries, India, so that we can have an idea of ​​what is happening in Afghanistan without our presence there.”

This is how “Chaotic” assesses the situation and the evacuation plan drawn up by the United States by Luke Coffey. The expert believes that the current situation could have been avoided.

“By the time President Biden took office, he was on the ground [ავღანეთში] There were 2,500 American soldiers. Ours [ფულადი] The cost compared to what was originally spent was very small and the sacrifice was also significantly reduced. “Finally, during the clashes, we had casualties two years ago. … Our 2,500 soldiers were never enough to win the war in favor of the Afghan government immediately, but it was enough to keep the Taliban out of power, and now they are in power.” Coffee.

Under the Doha agreement, US troops are due to leave Afghanistan on August 31. However, Washington requested additional time from the Taliban, to which it replied, “If [ამერიკელებს] “They intend to continue the occupation, there will be a reaction.”

The Heritage Foundation killer fears that now that power is completely in the hands of the Taliban, America and its allies have very limited capabilities.

“The focus of this administration is now on evacuating as soon as possible and safely those who meet the withdrawal requirements. “Long-term plans need to include better relations with Central Asian countries, with India, so that we can have an idea of ​​what is happening in Afghanistan without our presence there.”

Last week, the United States was able to evacuate 30,300 people from Afghanistan. A total of 35,500 have been withdrawn from Afghanistan since the end of July, although tens of thousands more are expected to leave the country. Their fate, as well as the future of the US-Afghanistan, is still unclear.