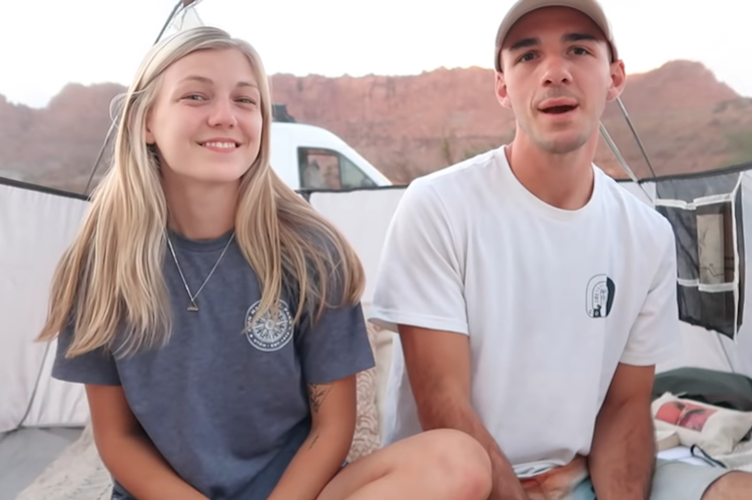 The FBI announced that the body found on Sunday in a nature park in Wyoming, USA, is that of Gabrielle Petito, the young woman whose disappearance captivated the world’s attention.

The autopsy confirmed that the remains found last Sunday in the Bridger-Teton National Forest, Wyoming, belong to Gabby Petito, the 22-year-old girl who disappeared during a trip with her fiance.

According to the FBI, the Teton County Coroner considered the death a murder in the preliminary analysis. However, “the cause of death remains pending on the final autopsy results”, cites the The Guardian.

The fiance, Brian Laundrie, remains considered a person of interest in the case. “Anyone who has any information regarding the case or knows of Mr. Laundrie’s whereabouts should contact the FBI,” the special agent asked. Michael Schneider.

The 22-year-old girl had been missing since September 11 while traveling with her partner. The last contact her parents had with her was when the two travelers were in the Grand Teton National Park area in Wyoming.

The FBI searched and collected several objects at the home of Brian Laundrie, 23, who the family said disappeared a week ago, three days after his girlfriend’s disappearance was reported.

Nichole Schmidt, the young woman’s mother, revealed the latest messages exchanged with her 22-year-old daughter and said the text contains a worrying detail.

“can you help stan? I keep getting voicemails and missed calls.” According to Gabby’s mother, this was the last contact with the girl. The message was sent on Aug. 27, when US authorities believe Petito has lost his life.

The mother stated that Gabrielle was referring to her grandfather, but that she would not call him “Stan”. The mother guaranteed that realized immediately that Gabby was not well and suspected that the SMS might correspond to a coded help request.

After this message, Gabrielle did not publish any more on social networks or communicated with anyone else.

Florida police do not rule out the hypothesis that this was the last communication made by Gabby. The girl’s mother received another message three days later, on August 30, but the authorities suspect that it was sent by someone else.

Gabby left her job to travel across the United States in July in a van with her fiance, documenting the trip on Instagram using the hashtag #vanlife.

More than two weeks ago, Laundrie returned home alone to North Port, Florida, with his van and did not give further explanations.