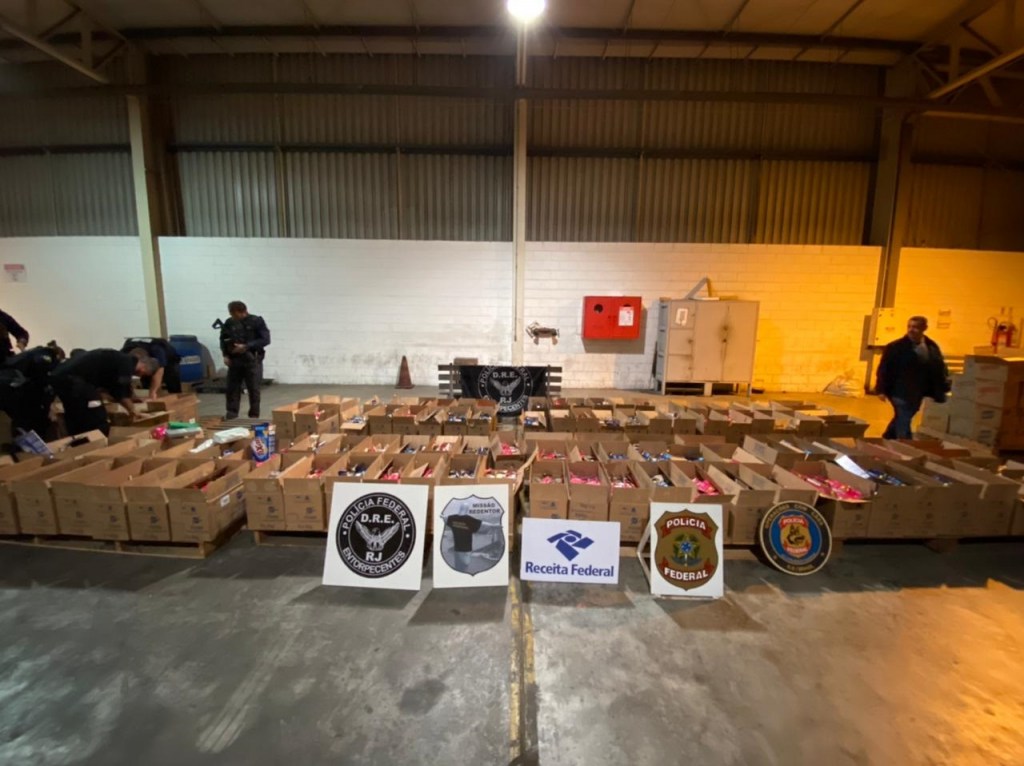 5 tons of the drug were found in the city’s port; cargo would be shipped to Mozambique

On the night of last Tuesday, 05, the Federal police (PF), with the support of IRS, carried out a record drug seizure in containers in the port of Rio de Janeiro. A total of 5 tons of cocaine were found that, according to the police, would be sent to Mozambique, in Africa. The PF reached the drug after a complaint. Diligences were carried out early yesterday morning by teams of federal police from the DRE and the Redeemer Mission, with the support of sniffer dogs.

Initially, a first container was found, containing 4.3 tons of the narcotic contained in powdered soap boxes. While the agents were unloading, a second team of police officers, in a joint intelligence and cross-checking effort, located another container with another 700 kilograms of cocaine packed in the same way. According to the Federal Police, this seizure of cocaine represents a historic record in Rio de Janeiro, before another one had occurred last year, in which 2.5 tons of cocaine were found. All the cargo found was sent to the Superintendence of the Federal Police in Rio. An inquiry was launched to deepen the investigations and identify those responsible for the international transport of the drug.