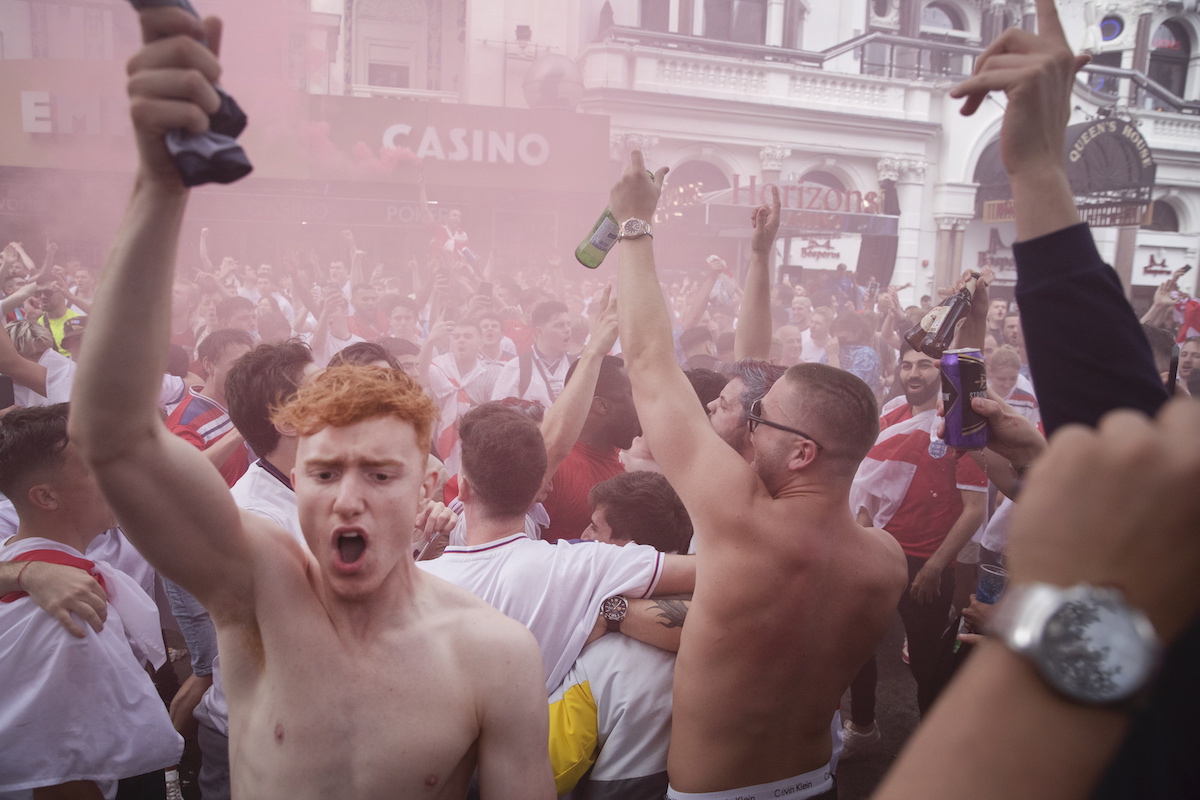 English fans in London for the Euro 2020 final

The chief executive of the English Football Federation, Mark Bullingham, said in statements to BBC, that the body will carry out a complete analysis of the security breach that happened yesterday at Wembley Stadium.

On Sunday, the day of the grand final of Euro 2020 – played by England and Italy – several supporters who did not have tickets forced their way in and even managed to invade the stands at Wembley Stadium, in London. The invaders got into confrontations with the police, while breaking the security cords.

“We will do a thorough analysis and work with the police to catch anyone involved. [nos incidentes] and make sure it doesn’t happen again,” Bullingham told BBC, in this Monday.

The official added that “whoever is caught will obviously be banned and will have the appropriate penalty. There were a large number of drunk idiots trying to force his way into the stadium. We manage a stadium, not a fortress,” he said.

The English Football Association’s chief executive also left an apology to the rest of the fans. “We have a fantastic security team at the stadium and they’ve never seen anything like it. I have to apologize to all supporters whose experience has been affected and to all who have had to deal with it”.

Boris Johnson also made harsh criticisms of the behavior of English fans. “These scenes are unacceptable ‘and we condemn violence, anti-social behavior and abuse in the most vehement terms”, he said quoted by the TV channel’s website.

The Metropolitan Police revealed to have performed 49 related arrests the incident and that 19 of its agents were injured in clashes with supporters.