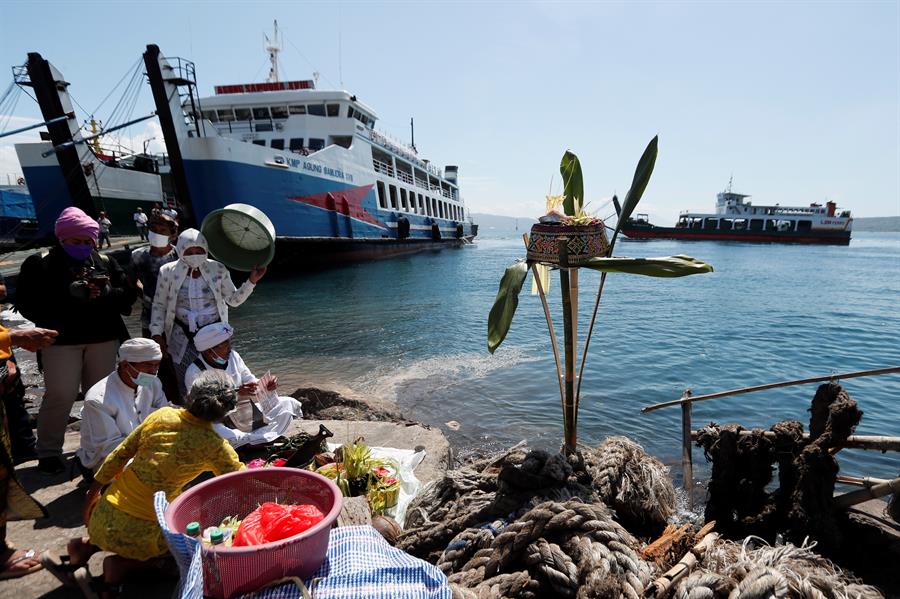 Navigation had 57 passengers and sank shortly after leaving a port on the island of Bali; 11 people are still wanted by rescue workers

O wreck from a ferry near a resort on the island of Bali, in Indonesia, left at least seven people dead on Wednesday, 30. According to the National Rescue Agency, the navigation had left the port of Ketapang and would make a trip of 50 kilometers to the port of Gilimanuk, but sank just over 30 minutes later start the journey. In all, 41 passengers, 13 crew and three waitresses were on site; 39 people were rescued alive and seven bodies were found, but first responders are still searching for 11 missing people. Search conditions in the region are difficult, as rescue teams use two inflatable boats, spend most of their time in the dark and facing waves up to four meters high.

There is no information on how many victims lived in the region and how many were tourists visiting the area marked by paradisiacal beaches. This Thursday, family members of survivors went to the port to perform religious ceremonies for the lives of their loved ones. Such tragedies are common in Indonesia, which uses ferries for most transport between the archipelago’s more than 17,000 islands. In 2018, 167 people died after an overcrowded boat sank in a volcanic crater in northern Sumatra province. The worst occurrence in recent history was in 1999, when more than 300 people drowned in another wreck that left only 20 survivors.