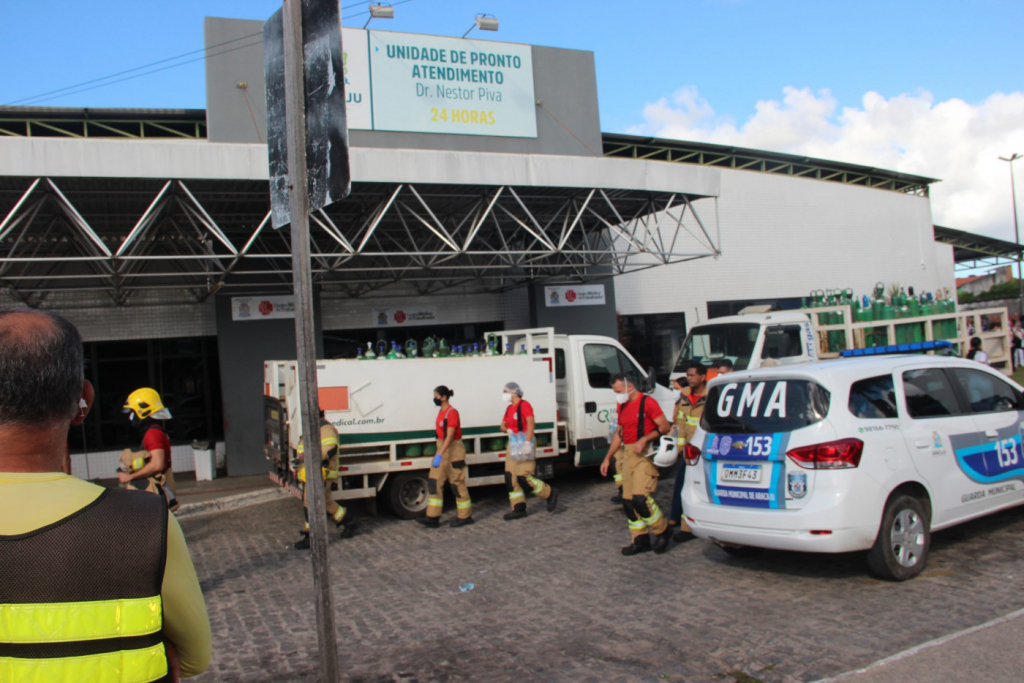 Three victims died on the spot and one during the transfer to another health facility; according to the Fire Department, the flames have already been controlled

A fire struck, on the morning of this Friday, 28, the Intensive Care Unit (ICU) wing for patients with Covid-19 at Nestor Piva Hospital, in Aracaju, and left at least four dead. The Fire Department received the call around 6:40 am. When they arrived at the scene, they found the wing smoked. The patients who were in the ICU were removed and sent to other health units in the municipality. “We removed all the people who were in the ICU and then controlled the fire, which focused on the doctors’ room. In about half an hour we had already removed the patients and the fire was under control”, explained Lieutenant Fabiano Queiroz. Then, the building was evacuated, with searches all over the place to see if there was anyone else in the place who had not been able to leave.

According to the Municipal Health Secretariat, 35 patients who were admitted to the unit were transferred to the Emergency Hospitals (Huse), the Military Police (HPM), Santa Isabel, Senhor dos Passos, Primavera, Hapvida, Fernando Franco and hospital beds. Caps Jael Patrício. The folder reported that four patients died. One victim died during the transfer to Huse and the other three at the scene. the other users of the Unified Health System who received care with an open door and employees who inhaled soot were also transferred by SAMU. “The Municipal Health Secretariat is expanding the scales of work to ensure the necessary assistance to the Aracaju population in the equipment of the municipal health network”, informed the folder. In front of the Nestor Piva Hospital, an area was structured to offer psychological care and provide information to the patients’ relatives and hospital workers. The wing where the fire occurred is isolated, and the unreached space will be equipped to serve the public.