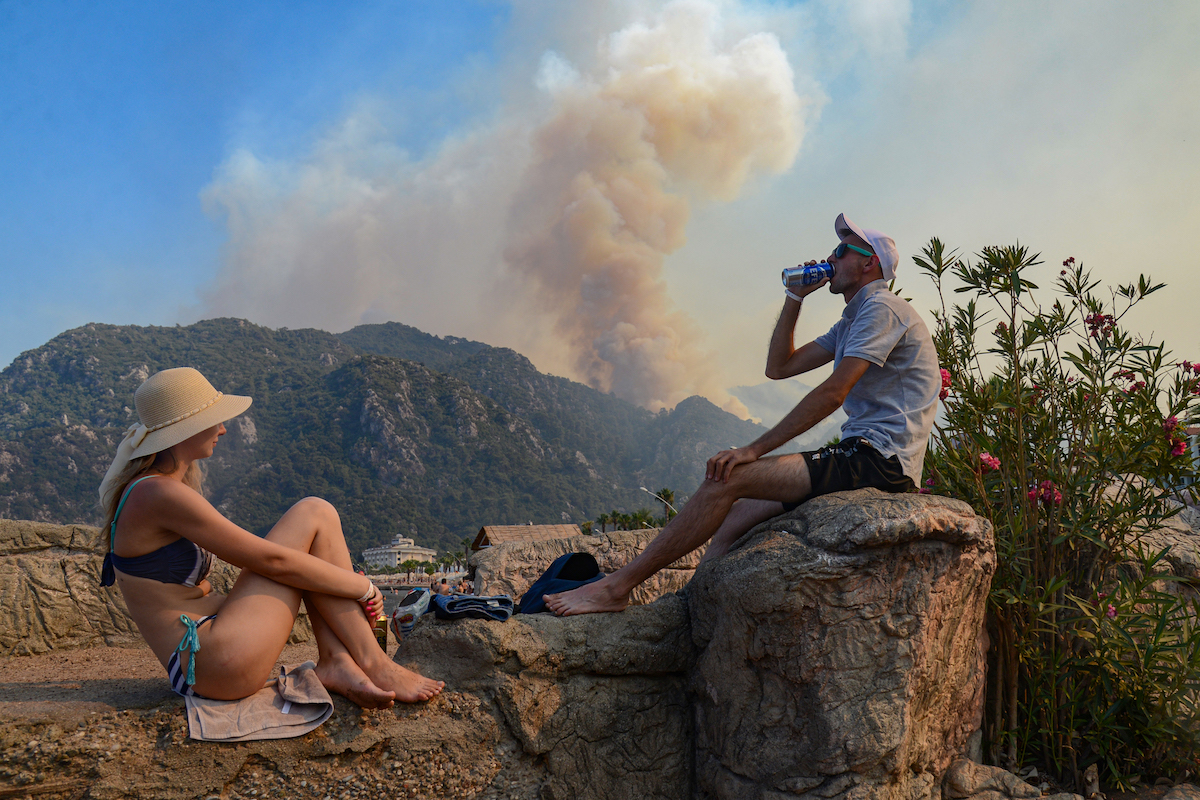 Tourists had to be evacuated in Turkey

The devastating fires raging along the southern coast of Turkey have already claimed at least four deaths.

After the deadly heat waves in the Americas, floods in Europe and China and fires in Siberia, the destruction images in Turkey concerns are growing about the growing ferocity of extreme weather conditions.

The firefighters are on the fourth day of fighting the flames, which forced the evacuation of dozens of locations and even some luxury hotels, in a very tourist area.

There are more than 70 forest fires which broke out this week, and which are affecting coastal areas in the Aegean and Mediterranean seas. Of those, at least 14 are still active, according to the country’s president.

To help fight the fires, Russia, Ukraine and Azerbaijan have already sent several air assets, which ended up helping the operatives to turn the situation around.

from the country arrive terrifying images, from idyllic and traditionally tourist areas to be completely decimated.

According to the The Guardian, in Bodrum, Muğla province, 80 hectares were totally burned, despite efforts to fight land and air fires. The flames ended up cutting off access to two hotels, forcing the evacuation of more than 4,000 tourists and employees.

Forest fires during the summer are common in Turkey, but fires in the last two days were exceptional. The British newspaper noted that several residents of the affected cities told local reporters that they had never seen anything like it before.

“Everything I had got burned. I lost lambs and other animals”, one of the inhabitants told the newspaper Daily Sabah, adding that the scenario “it was hell”.

In Manavgat, east of the seaside resort of Antalya, a total of 27 districts and a hospital were also evacuated. In the rural area near Manavgat, more than 40 sheep and goats were burned to death.

Although many of the fires are already under control, the World Meteorological Organization shared a warning in the Twitter that extreme heat is hitting the entire Mediterranean region, with forecasts for temperatures above 40°C in the interior areas of Italy, Greece, Tunisia and Turkey.

In this way, the population is advised to take precautions with the water supply.

Still, and despite the natural accusations making the fight against the fires more difficult, there are signs that the situation may have been driven by a criminal hand.

According to Morning mail, the origin of the fires is being investigated, with suspicions that at least some of them are of criminal origin.

“Those responsible will be held accountable for attacks against nature and forests,” he said. Fahrettin Altun, advisor to President Recep Tayyip Erdogan.

The fire spots surpassed 1114 fronts. By Friday, according to official data, dozens of fires had been extinguished, but there were many still active and out of control in six provinces.