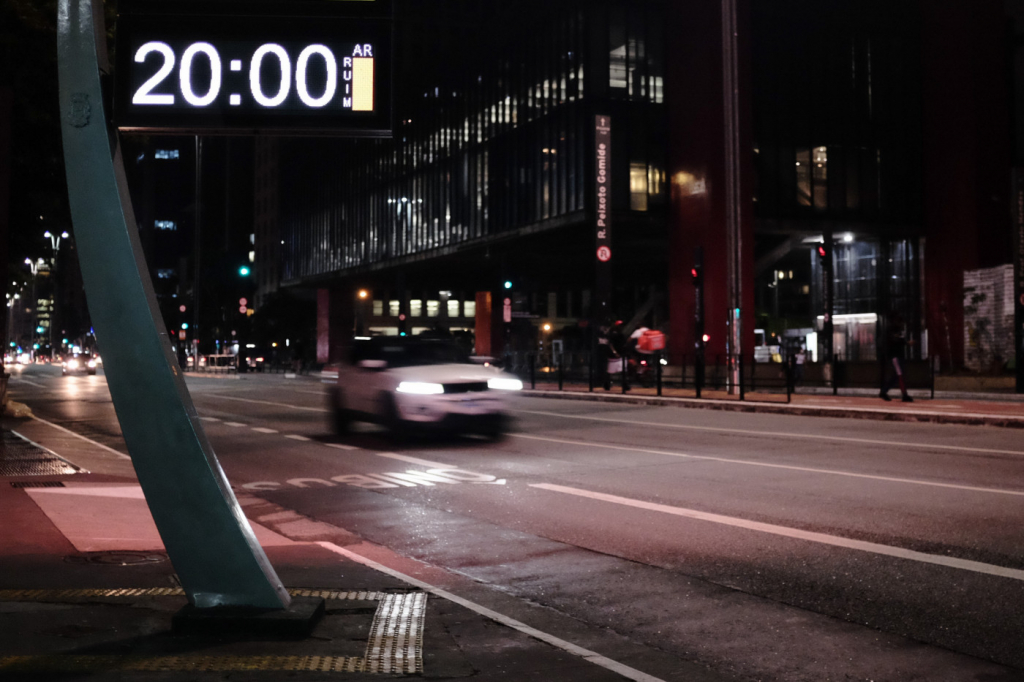 Police officers circulated in the capital of São Paulo and warned about the curfew, which runs from 8:00 pm to 5:00 am throughout the state

ETTORE CHIEREGUINI / AGIF – PHOTOGRAPHY AGENCY / ESTADÃO CONTENT To avoid agglomerations in public transport and expand sanitary measures, the government determined a staggering time for the entry of some sectors

The first night of Emergency Phase in São Paulo, the most restrictive so far, was the most empty streets in various regions of the capital. The biggest movement was delivery workers. Police vehicles also circulated on the streets, warning about the curfew, that goes from 8pm to 5am. In public transport, the movement of people decreased, but with peak hours. Favorable to sanitary restrictions, Adrian Rodrigo noticed more empty buses when he returned home. “It has changed a little. Here, at this time a little bit, because when I was here it was all crowded. Too many people were dying, still dying, actually. Everything is complicated, something very serious. ”

Around 8 pm, the movement of people in the Parque Dom Pedro terminal, one of the largest in the capital of São Paulo, was quiet. However, throughout the day, it felt like an ordinary Monday. Although with less movement due to restrictions, some buses continued to be full, with passengers traveling on foot and crowds at turnstiles. After seven months out of work, Ana Paula da Silva started working right on the first day of the most restrictive phase. Thrilled, she says she understands the measures to contain the coronavirus, but that not everyone can stay at home right now. “Did we want to be with our children? We wanted to. Are we at risk? We ran. But we have to fight to survive. You either die of coronavirus or starvation, so you better work and give it to God. This situation is unfortunate, there are people who have nothing to eat, it is very sad. ”

To avoid agglomerations no public transport and to expand sanitary measures, the government determined a staggering time of entry for some sectors to reduce the flow of passengers on trains and buses. According to the secretary of Economic Development, Patrícia Ellen, this system needs to be improved. “We are working with sectors that concentrate a larger contingent of employees to apply their scheduling proposals. We already have the official proposal of the Association of Supermarkets, we also have a discussion in the final phase with those responsible for call center companies and the industry. These were the first three sectors that we prioritize because they concentrate a large contingent of employees, ”he said. In a note, SPTrans stated that, in the last week, the first since the state returned to the Red Phase, the demand for passengers on buses was 52% in relation to what was recorded before the pandemic. A week earlier, between March 1 and 5, this rate was 61%.