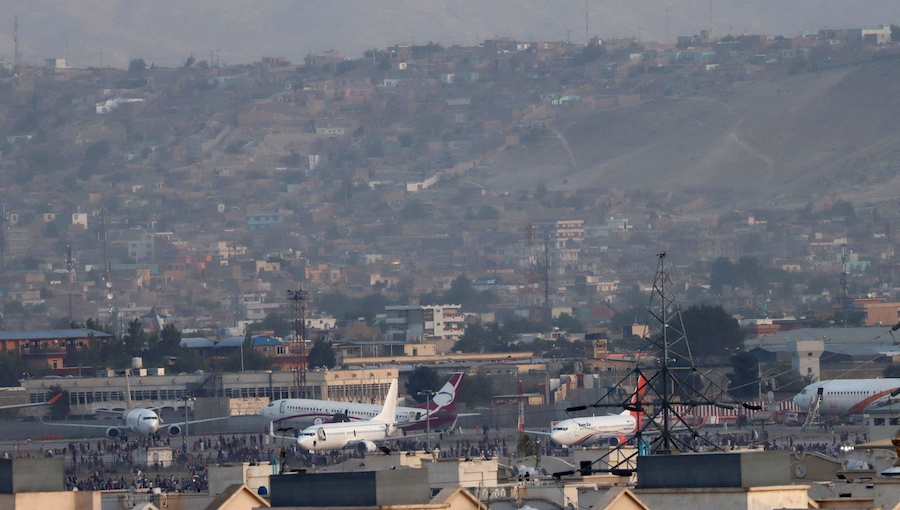 The Taliban guarantee that they will protect the UN humanitarian teams that will help Afghanistan, which is facing a serious crisis due to the drought.

Since 15 August, UN humanitarian aid flights have not landed in Kabul due to instability in the country and chaos at the airport following the Taliban takeover of Afghanistan.

However, the air connections have already been resumed on Sunday, according to today’s World Food Program (WFP), headquartered in Rome.

“Bringing aid workers and relief shipments to and around Afghanistan is vital if we have any hope of prevent a total catastrophe”, assured the director of the WFP in the Asian country, Mary-Ellen McGroarty, in a statement released by the humanitarian agency.

WFP also calls for economic assistance to maintain air services and help “desperate Afghans in various parts of the country” due to political instability and the humanitarian crisis caused by the drought.

“Over 90% of families struggling to have enough food and a growing humanitarian crisis across the country, aid agencies are struggling to meet needs before it’s too late,” says WFP.

In August, more than 400,000 people received help thanks to the transport columns that operate across the country, but that number has to go up to nine million of Afghans per month “to avoid a humanitarian catastrophe”.

With the serious humanitarian crisis that the country is experiencing, the Taliban have already assured the UN that they will ensure safety and freedom of movement. to humanitarian workers, the UN humanitarian leader revealed yesterday at an emergency conference in Geneva to raise funds for operations.

Martin Griffiths had already met with the Taliban leadership in Kabul and read the group’s written assurances to support agencies, which include protections for women to provide humanitarian aid.

“We make it clear in all public forums that we are committed to the rights of women, minorities and the principles of freedom of expression of religion and culture, so we reiterate our commitment and we will gradually take concrete steps with the help of the international community,” promise the Taliban.

However, the promises do not convince Michelle Bachelet, the UN high commissioner for human rights, who calls for creating a mechanism to be dedicated to monitoring developments in Afghanistan and also recalled that the Taliban had already promised to create a diverse government with women, which was not the case.

The conference raised 1.1 billion dollars, about 850 billion euros, which will be distributed in Afghanistan and by other neighboring countries that are also in need of help. The United Nations wanted $606 million, of which a third would be used by the food program.

António Guterres said the conference was at an important time due to Afghan’s dependence on Western, mostly American aid. With the departure of Western troops, “the people of Afghanistan are facing the collapse of a country I complete”.

The UN secretary general warned that the food may run out by the end of this month and the World Food Program has also warned that 14 million people are on the brink of starvation. A survey by the agency found that 93 percent of the 1600 Afghans questioned in August and September were not consuming enough food.

There are also concerns that US and UN sanctions could affect the arrival of aid, and NGOs are seeking assurances that they will not be fined if they help Taliban-linked organizations.