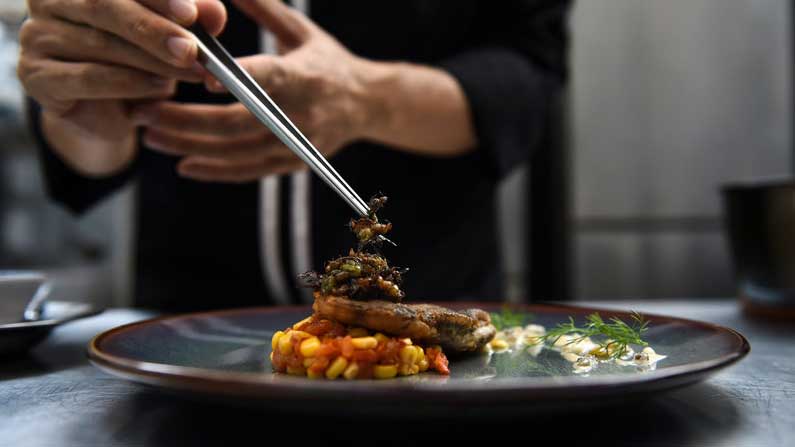 Even non-vegetarians may find it difficult to eat even if they have worms in their food. There are also some scenes that are laughable in many movies on this. Especially in the hotel ..

Insects are eaten by some tribes in the northeastern states, including China and Thailand. However, these worms are not included in the restaurant menu in any country. In some parts of Thailand, worms, especially those in the water, have always been eaten. For some time now people have been running out of worms to serve in a big restaurant .. because these worms are rich in the proteins that our body needs .. that is why people like to eat the worm menu that is already served in Thai restaurant and eat too much. Putting it under the tooth is crunchy.

On this, a Thai star chef said, “For the next hundred years, human beings will not be able to get enough protein from the existing food. With this, man will focus on alternative food. Then he will choose edible worms. Not only that, but also star moss recipes.” The prophecy predicts that hotels will be in a better position to do what they are supposed to do. In countries such as Japan, people drink mostly soup made from seaweed, such as moss.

And in places like Chhattisgarh in our country, some types of ants and wrinkles are eaten. The inescapable fact is that even if food production does not grow to meet the needs of the growing population, there is still a need to focus on organisms that can be eaten by humans if new types of food products are not invented.

Also Read: enefits Of Tamarind Leaves: There are many health benefits with the worries sprout available during the season ..!