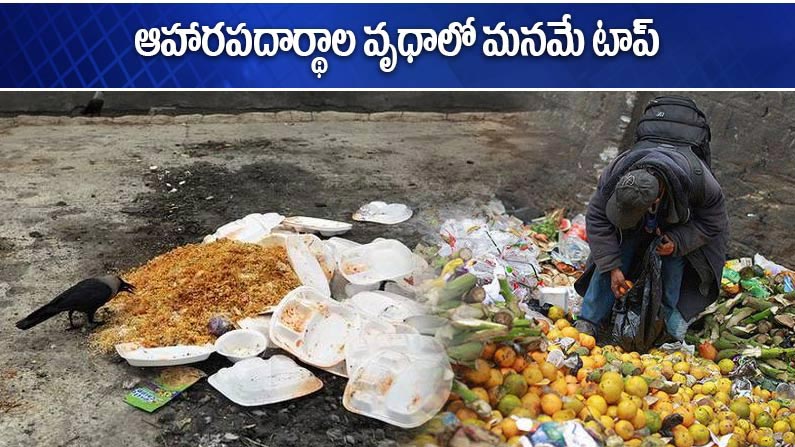 No one thinks of the usefulness of distributing leftover food items to the needy. One of the United Nations affiliates has calculated how much food is wasted worldwide in this situation.

India tops in worldwide food wastage: It is our responsibility to consume food sparingly as it is more important to human beings. We should be shocked to see how much food is wasted around the world in various contexts. In our country we often see food being overcooked in the name of weddings and various functions and then disposing of it. No one thinks how useful it would be to distribute leftover food to the poor. One of the United Nations affiliates has calculated how much food is wasted worldwide in this situation.

In 2019, 931 million tons (approximately 93 crores) of food was wasted worldwide. However, we are shocked that out of these 931 million tonnes, India’s share is 68.7 million tonnes. The figures were released by the United Nations Environment Program (UNEP) Food Waste Index Report – 2021. Of the food wasted in 2019, 61 per cent came from households, 26 per cent from food service centers and 13 per cent from the retail market. It is noteworthy that 17 percent of the total food produced worldwide is wasted. UNEP believes that an awareness program is needed to reduce food waste.

The number of trucks moving food waste is also huge. It is estimated that the last two crore 30 lakh trucks with a capacity of 40 million tonnes will be utilized for waste food items. It would not be an exaggeration to say that these trucks can circle the globe seven times if parked side by side in a row. It is estimated that 50 kg of food is wasted in every household in India every year. That means 6,87,60,163 tons of food is being wasted every year across the country. In the US it was 1,93,59,951 tonnes while in China it was 9,16,46,213 tonnes. About 11 percent of the food available in the home is wasted. About 5 percent of food service centers and 2 percent of retail outlets are wasting food. UNEP Executive Director Inger Anderson suggested that the first focus should be on curbing food waste to prevent adverse effects such as pollution, climate change, loss of natural balance and biodiversity. He called for saving the world by cutting down on food waste.

ALSO READ: Scientists have discovered the causes of the eruption .. They have increased the calm as they break