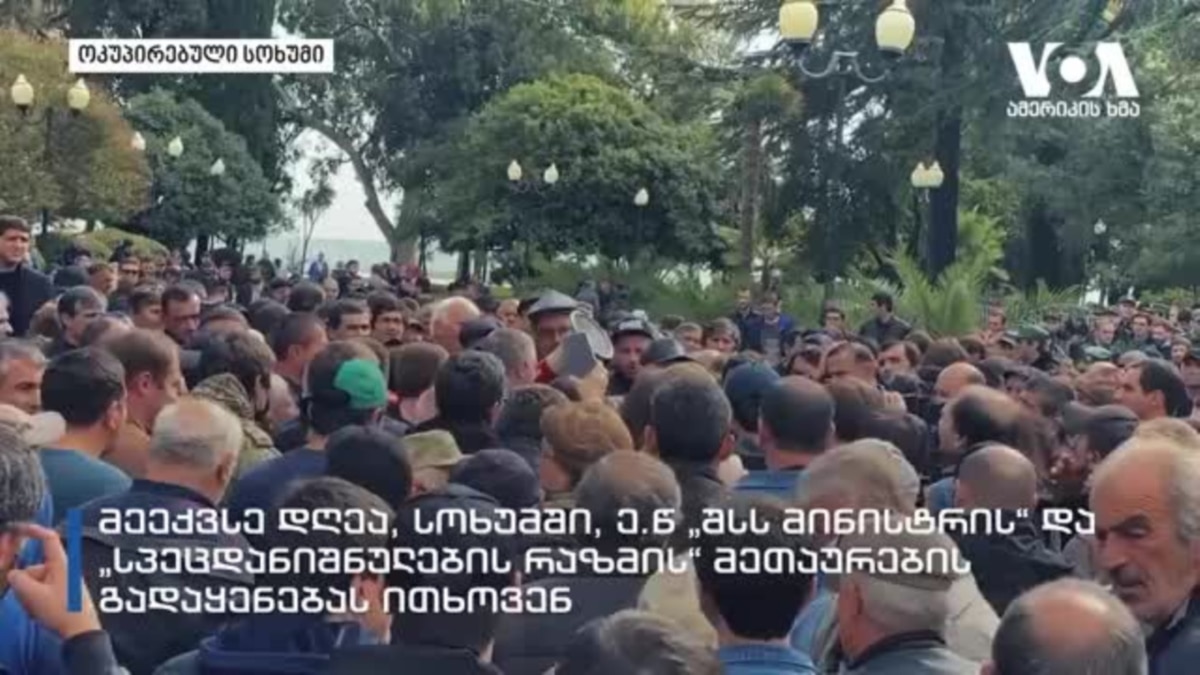 On the 28th anniversary of the expulsion of Georgians from Abkhazia, in the center of Sokhumi, the so-called “militia” has already severely beaten the venerable Abkhaz “militants”. Due to this, the enclave demands the dismissal of the “Minister of Internal Affairs”. A group of militants from the village of Adzubji was beaten during the war in the Ochamchire district, many Georgians greeted their lives