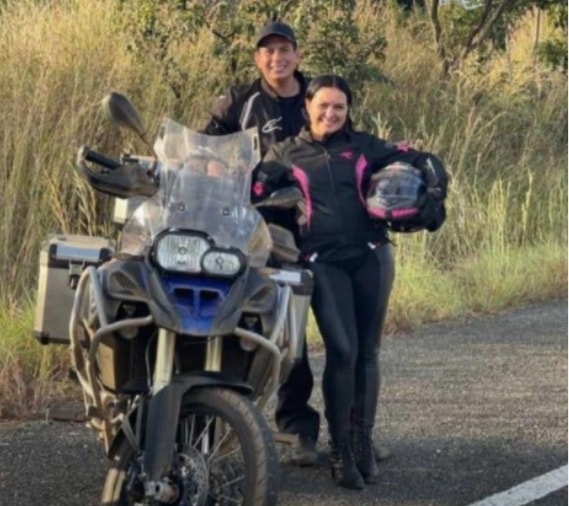 Casal was on a trip with friends towards Cascavel and hit him head-on with a cart; the two leave three children

Reproduction/FacebookEduardo and Suzana had an accident this Sunday

The former mayor of the city of Diamantino, in the north of the Mato Grosso, Eduardo Capistrano (PDT), and his wife, Suzana Dalmolin, died this Sunday, 2, in a accident during a trip with a group of bikers. The couple was on a motorcycle with friends on the BR-163, heading to Cascavel, in Paraná, when hit head-on with a cart. Eduardo was mayor of Diamantino between 2016 and 2020. He is the son of former federal deputy Erival Capistrano. Suzana was a municipal civil servant in the city. The couple leaves behind three children aged 7, 4 and 1 year. The City of Diamantino decreed official mourning for 3 days as of this Sunday. “It is with great regret that I receive the news of the death of Eduardo and Suzana Capistrano, we are all dismayed with what happened, leaving the entire administration’s votes of regret,” lamented the city’s mayor, Manoel Loureiro Neto. “Both leave a great legacy of work and services rendered to our municipality, mother and father of three boys, will be remembered for their help and dedication to the population. Our condolences to friends and family and external on behalf of all of our management, when I express the wishes of comfort in faith in this moment of pain.”